Houri Berberian Appointed as Chair of Armenian Studies at UCI

IRVINE – After an extensive national search, the University of California, Irvine has selected Houri Berberian for its Meghrouni Family Presidential Chair in Armenian Studies. Vahe and Armine Meghrouni, ardent supporters of the UCI School of Humanities, with additional backing from the local Armenian-American community, established the $2M chair in 2014 with a $500,000 match from the UC Office of the President. The endowed chair provides a dedicated source of funds, in perpetuity, for Berberian’s scholarly activities as well as support for graduate student fellowships.

“We are thrilled to have Houri Berberian join us as the Meghrouni Family Presidential Chair in Armenian Studies and deeply grateful to the Meghrouni family for making this position possible,” said Georges Van Den Abbeele, dean of the UCI School of Humanities. “Armenia’s rich and complex 3,000-year history and culture, both in its homeland and diaspora, provides an incredible opportunity for UCI’s students to develop a meaningful and critically-global perspective.”

Berberian joins UCI from California State University, Long Beach, where she was a professor of Middle Eastern history and director of the Middle Eastern Studies Program. Berberian’s research interests lie in Iran, specifically Armenian participation in the Iranian Constitutional Revolution, which is the topic of her first book. Her interests also include Iranian-Armenian women’s education and activism and issues of Iranian-Armenian identity and memory. Her current project is a connected-histories approach to the early twentieth-century revolutions in the Russian, Iranian, and Ottoman empires explored through the circulation of Armenian revolutionaries, arms, print, and global ideologies like constitutionalism and socialism. Berberian will work closely with the UCI School of Humanities’ faculty and lecturers in Middle and Near East studies as well as Russian and Soviet studies to develop a comprehensive approach to the study of Armenian history, tradition and culture.

“I am both honored and excited to join UCI as a professor in the Department of History and Meghrouni Family Presidential Chair. I envision developing the Armenian Studies Program into a forward-looking and dynamic center for both undergraduate and graduate training in the field,” said Berberian. “I am particularly eager to collaborate with my colleagues in adjacent fields at UCI and other UC campuses as well as with other Armenian Studies Programs. I very much look forward to contributing to the intellectual and cultural life of the wider community through organizing public events, including lecture and academic conferences.”

Studies in Armenia first began at UCI in 2007 with support and guidance from forward-thinking community member Sylvie Tertzakian, and under the leadership of UCI history professor and Maseeh Chair in Persian Studies and Culture Touraj Daryaee. In 2013, the Meghrounis endowed the Vahe and Armine Meghrouni Lecture Series, a quarterly lecture series that brings Armenian historical and cultural topics of interest to all in the broader Orange County community.

Drs. Armine and Vahe Meghrouni were born in America of Armenian parents, but in their public schooling they found it difficult to learn about their heritage. “Being in an imperfect world, we experienced being anonymous as Armenians. We, in our formal education, could find little about our identity as descendants of Armenians, a people with a continuous history for three millennia,” said Vahe Meghrouni.

“While other ancient civilizations have ceased to exist, Armenians remain worldwide, despite the misfortune that almost every historic invader in history passed through and occupied their homelands. The Armenians maintained their culture as well as their language and contributed expertise in diverse spheres of human endeavors. They have sustained an accomplished presence in the regimes resulting from foreign invasions as well as in an ensuing Armenian diaspora,” Meghrouni said. “Because the history is so complex and long, the Armenian Studies Program at UC Irvine must do a great amount of work in educating present-day society as to who Armenians are and what the culture represents. We give thanks to UCI and the School of Humanities for their commitment in this groundbreaking effort. As we look forward to great success of Armenian studies under her leadership, we are grateful to have Houri Berberian join UCI as the Meghrouni Family Presidential Chair In Armenian Studies.” 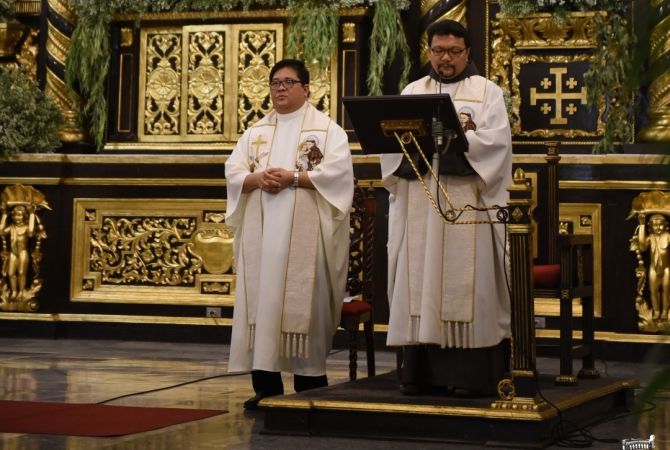 YEREVAN (Armenpress) — At the initiative of the Armenian Embassy of the… 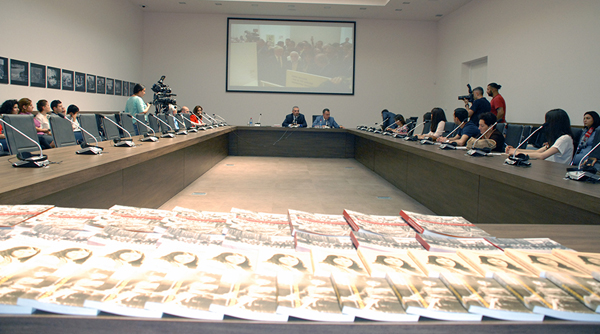 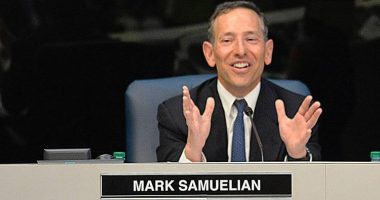