Home Armenian ADL CEO: What Happened to the Armenian People Was Unequivocally Genocide

ADL CEO: What Happened to the Armenian People Was Unequivocally Genocide

By Jonathan Green­blatt
CEO of the Anti-Defamation League

As the still fairly new CEO of the Anti-Defamation League (ADL), I’ve been on the job less than one year. I’m frequently asked about our current position on historical League decisions. One of those crucial questions is where ADL stands with regards to recognition of the Armenian Genocide.

My family was directly impacted by the Holocaust. Given that profoundly personal experience, I appreciate the pain of those who suffered losses even generations ago and the need to remember. I am reminded daily that we must educate and take action against hate in our own time, as we vow “never again.”

Therefore, only a few weeks after the 101st commemoration of the tragedy, and on the occasion of Yom HaShoah, the remembrance of the Holocaust, I am using this opportu­nity to make our position clear.

ADL is a 103-year-old organization and very proud of both its history and its mission to not only lead the charge combatting anti-Semitism, but to also fight against all forms of bigotry. We recognize and uphold a connection between our leadership role to stand up for the Jewish community and stand up for other minority and marginalized communities at the same time.

Our mission reflects the words of the Jewish Sage Hillel from 2,000 years ago: “If I am not for myself, who will be? And, if I am only for myself what am I?”

That connection is both moral and practical: It is the right thing to do.

When we teach about the Holocaust, we speak about the 2,000-year history of anti-Semitism that made the Shoah possible.

We have a similar responsibility to talk more broadly and recall that in our own lifetime the world did not stand up against the horrors happening in Cambodia, Bosnia and Rwanda. Too often, the response to genocide has been global silence.

So, let me be crystal clear: the first genocide of the 20th century is no differ­ent. What happened in the Ottoman Empire to the Armenians beginning in 1915 was genocide. The genocide began with the ruling government arresting and executing several hundred Armenian intellectuals. After that, Armenian families were removed from their homes and sent on death marches. The Armenian people were subjected to deportation, expropriation, abduction, torture, massacre and starvation.

What happened to the Armenian people was unequivocally genocide.

We believe that remembering and educating about any genocide – Armenian, the Holocaust, Bosnia, Rwanda, and others is a necessary tool to prevent future tragedies.

Our experience regarding the Holocaust is relevant. When the first pictures of Auschwitz appeared at the end of World War II, there was wide­spread shame in the Western world at the realization that anti-Semitism was deeply embedded across cultures and countries and could produce such horror. That collective shame helped to inhibit manifestations of anti-Semitism for decades. Now, as time moves on, as that sense of shame eviscerates, it is no accident that anti-Semitism has reemerged with full force. In other words, we must educate each generation about the tragedies of the past.

That is why I am speaking out today and why we would support U.S. recognition of the Armenian Genocide. Silence is not an option.

In many ways, we have made great strides in this country fighting bigotry. Consider the great gains of the civil rights movement; the diminution of anti-Semitism that limited Jewish life in America; the ascendance of the Latino community; the revolution in attitudes and laws impacting the LGBT community. There have been setbacks and there is still tremendous work to be done, as exemplified by the stereotypes regarding Latinos and immigrants as well as anti-Muslim rhetoric that has characterized this unusual presidential campaign.

Collectively, this background makes it imperative for groups who, sadly, share a history of oppression to stand together. When individuals or groups deny the Armenian genocide, as recently took place with a billboard in Boston, ADL will speak out and denounce that denial. In that spirit, I am optimistic about greater cooperation going forward to end all forms of hate and bigotry. 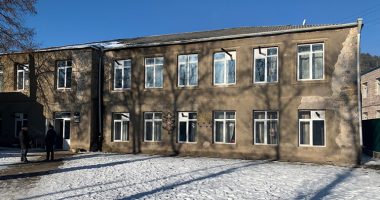 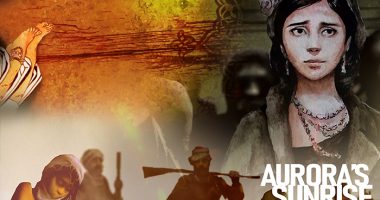