CLEVELAND — Richard Hovannisian, Professor Emeritus at UCLA, Chancellor’s Fellow at Chapman University, and Adjunct Professor of History at the University of Southern California as a consultant for the Shoah Foundation, was in Cleveland in April 4-6 for back-to-back events relating to remembrance of and learning from the Armenian Genocide.

At Case Western Reserve University, Hovannisian was a key speaker at the inaugural Cleveland Humanities Festival organized by the University’s Baker-Nord Center for the Humanities. Prof. Peter E. Knox, the new Director for the Center, selected “Remembering War” as this year’s theme for the Festival.

Dr. Hovannisian’s topic was “Under Cover of War: The Armenian Genocide and Its Continuing Ramifications.” The capacity audience of over 200 people was captivated as they learned about the relationship of the Armenian Genocide to World War I and its relationship to the Holocaust one generation later and continuing crimes against humanity. The Q & A that followed included brisk discussions and possible international measures to deal with the scourge. A reception of Armenian pastries ended the event.

On April 5, Richard Hovannisian was invited to speak at the Federal Building in Cleveland to connect the Armenian Genocide and its lessons with the Holocaust and massive civil rights violations in its annual Holocaust Remembrance Observation program. Mr. John Luckas, Chief of Staff, for Finance and Accounting Service, Department of Defense opened the program. Ms. Dzaghig Poundardjian, a Department of Defense employee and Chair of the Holocaust Remembrance Committee, introduced the speaker after sharing her own personal family’s past and current impact of the continuing turmoil in Syria today.

Dr. Hovannisian delivered a powerful message on the theme of “Learning through Acts of Courage.” Several hundred employees in Cleveland, and remote connections, listened as the speaker integrated the experience of the Armenian Genocide into the daily lives of students and the public today.

Richard and Vartiter Hovannisian were guests of honor at a reception at the Armenian Church of St. Gregory of Narek on the evening of April 5. Ara Bagdasarian and Father Hratch Sargsyan welcomed the couple and reflected on the importance of the recent programs relating to the Armenian Genocide, before presenting Hovannisian with a beautiful commemorative plaque. The church’s chorale group enriched the evening prior to enjoyable reception. 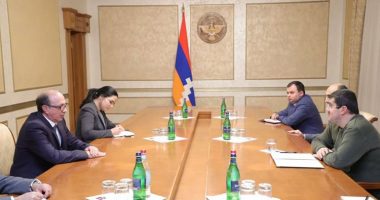 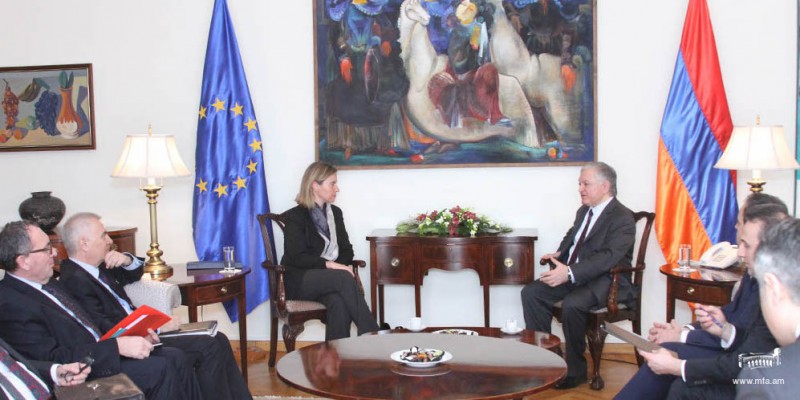 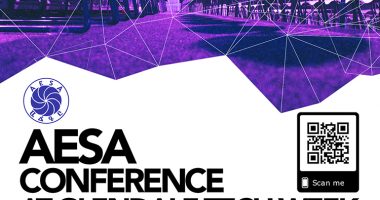