YEREVAN — On February 10, 2016 the Foundation for the Preservation of Wildlife and Cultural Assets (FPWC) in collaboration with the Worldwide Veterinary Service (WVS) have organized the rescue of the Gyumri Zoo lioness Mary and her cubs Zita and Geeta to the Caucasus Wildlife Refuge, a privately protected area managed by the FPWC.

Gyumri Zoo lions are now part of a larger conservation picture. According to the memorandum signed between WVS and FPWC on February 2, 2016, the parties will work together towards in-situ conservation, animal rehabilitation and rescue initiatives in Armenia. The construction of a quarantine station for animals in the Caucasus Wildlife Refuge, where the lions will be kept for vet examination and medicinal treatment, will mark yet another point of successful collaboration between FPWC and WVS. The quarantine station will also be the foundation stone of the Wildlife Rescue Center, an even larger sustainable project the partners are currently designating.

The CWR is a 4000 hectares territory in the vicinity of Khosrov Forest State Reserve. The Khosrov reserve as well as adjacent territories is a core area for South-Caucasian biodiversity and rare wildlife species as Armenian Mouflon, Syrian Brown bear, Bezoar goat, Black Eurasian vulture, Bearded vulture, Caucasian Leopard, Caucasian Lynx and Armenian viper. The area of FPWC’s Caucasus Wildlife Refuge also forms a corridor for the mentioned species. The wildlife is continuously monitored by 4 rangers and trap cameras. While in 2010 wildlife in the area was nearly non-existent – mainly due to illegal hunting activities – trap camera footage now shows regularly huge quantities of Bezoar goats as well as pictures of large predators like wolves, bears, lynxes and even a Caucasian leopard of which only about 8-13 are left in Armenia according to IUCN Red list.

FPWC has also set up an Eco-Center in the refuge, which is not only an accommodation place for tourists, but also serves as a scientific hub for scientists working on their research and studies. The center also provides trainings on various topics for the communities aimed at the sustainable use of the area’s unique natural resources.

FPWC currently develops touristic infrastructure in the area to promote ecotourism in CWR and draw the attention of larger audience to the Armenian’s unique biodiversity. The amounts generated from tourism are reinvested back into the preservation of area’s unique flora and fauna. 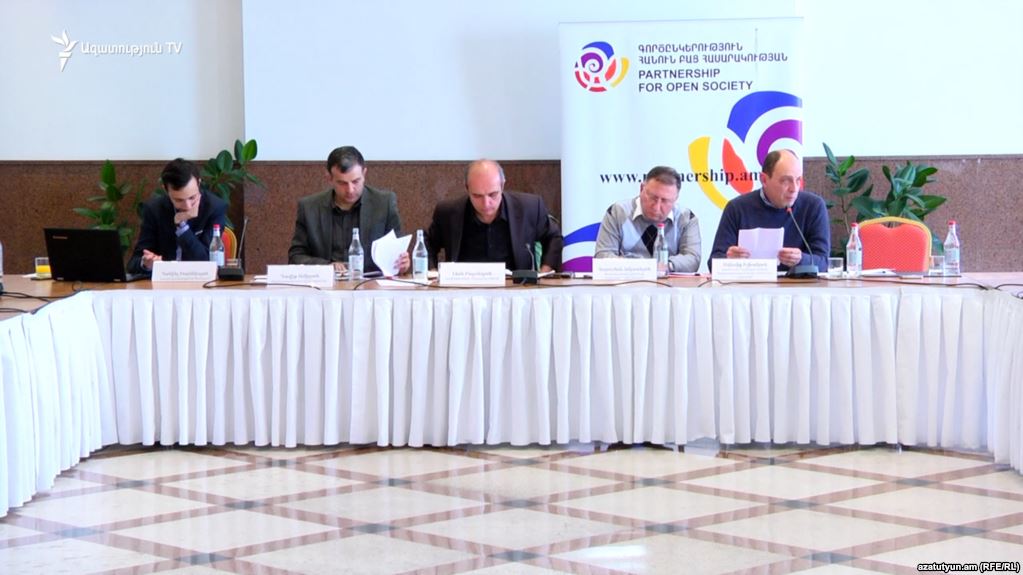 YEREVAN — A group of about a dozen civil society organizations have…