Home Armenian Genocide Understand and Recognize the Past Deeds of U.S. Politicians

Understand and Recognize the Past Deeds of U.S. Politicians

When Hillary Rodham Clinton was running for president in 2008, her views on the Armenian Genocide were clear. In fact, she issued a statement bragging that “alone among the presidential candidates, I have been a long-standing supporter of the Armenian Genocide Resolution…. I believe the horrible events perpetrated by the Ottoman Empire against Armenians constitute a clear case of genocide.” But, as Secretary of State, Clinton refrained from using the word Genocide. In July 2010, during an official five-day trip to Armenia, Secretary Clinton paid a visit to the Armenian Genocide memorial complex. For us Armenians, it was a symbolic moment.

In 2011, diplomatic cables disclosed by Wikileaks and investigated by ACA, point out, while having information on important documents on the Armenian Genocide being destroyed in the Turkish archives, Clinton encouraged the Republics of Armenia and Turkey to engage in the Armenian-Turkish Protocols which included a provision “implementing a dialogue on the historical dimension with the aim to restore historical confidence between the two nations, including an impartial scientific examination of the historical records and archives to define existing problems and formulate recommendations.” The State Department and Hillary Clinton were completely aware that Turkish archives containing important documents related to the Armenian Genocide had been purged by Turkish officials, yet they continued the façade that the Protocols as a right step towards bilateral relations.

On the Republican side, surprisingly, Donald Trump has so far maintained his lead over the large field of Republican candidates for U.S. President. While there is not much to examine in terms of issues exclusively important for Armenian Americans, considering foreign policy, that in itself is alarming. The next president of the United States should at the very least have some familiarity with the complexity of the world’s history and politics. This is key for Armenian Americans who want to see, a peaceful resolution to the Nagorno-Karabakh conflict based on people’s right of self-determination, a peaceful resolution to the Syrian conflict where their Armenian brethren are continuously being put in harm’s way, and a President who acknowledges the Armenian Genocide and is an impartial and an honest broker to foster harmony and good-will between Armenia and Turkey.

Azerbaijan is considered one of the world’s most corrupt regimes and Mammadov’s wealth has resulted in part from his father’s political connections. While the Azeri Dictator Aliyev, continues to escalate his rhetoric and violence on the borders of Armenia/Artsakh and Azerbaijan, Mammadov has mounted a campaign to rehabilitate Azerbaijan’s kleptocratic image in the West by courting some of Washington’s most powerful politicians.

More significantly for Armenians, Mother Jones reports that Mammadov “heads the Azerbaijan American Alliance, a group that at one point was registered with the US Department of Justice as a foreign lobbyist. Last year, the Alliance spent more than $2.8 million lobbying Congress and State Department to improve US- Azerbaijan relations.” An Alliance, according to OpenSecrets.org, which has spent $11.5 million in the last four years on lobbying US lawmakers and officials.  Thus, as contender for the President of the United States, Trump’s relationship and partnership with Mammadov is disturbing to what may come if he were to win.

The original version of this article was published in ACA’s Armenian Advocate Vol. 1 No. 3. The article was updated to reflect the time remaining for the U.S. Presidential elections. 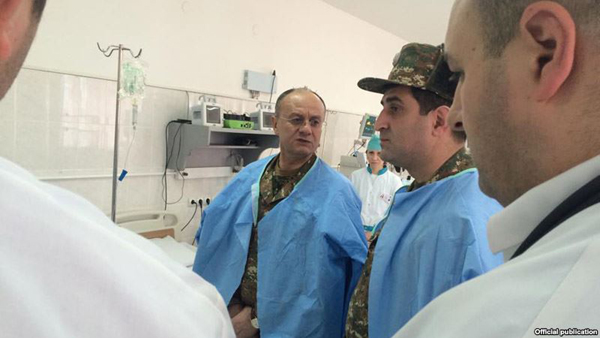 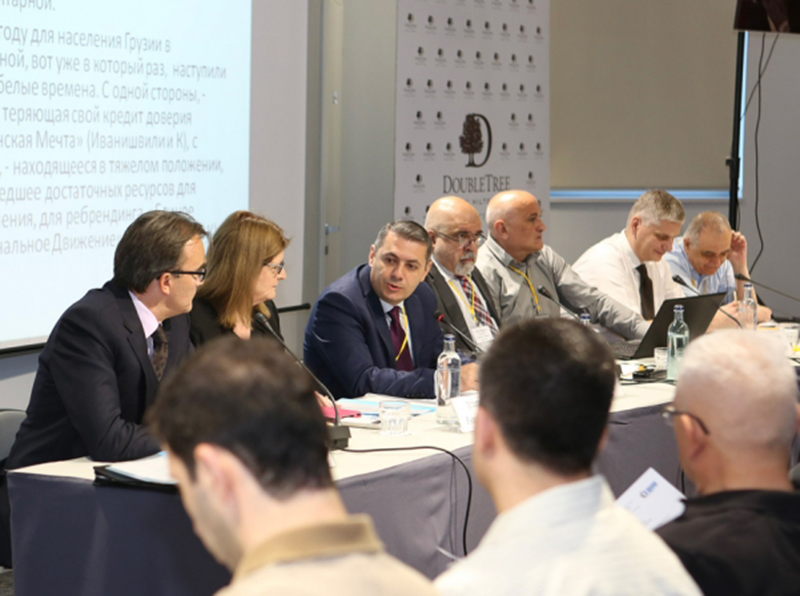