LOS ANGELES — During a fundraising dinner on the night of December 6, the American Armenian Rose Float Association (AARFA) raised $115,000 toward the construction of the second Armenian rose float and its participation in the 127th Pasadena Tournament of Roses, which will be held on January 1, 2016.

Close to 150 supporters attended the fundraising event, which was held at the Phoenix Decorating Company, in Pasadena. Throughout the evening, guests had the opportunity to take a first-hand look at the newest Armenian rose float, which is kept and being worked on inside the Rose Palace of the Phoenix Decorating Company. To date, the construction of the framework and architectural components of the float have been completed. The dry decoration of the float will be implemented in the next few weeks, and the culminating flower decorations will be carried out during the five days leading up to the Pasadena Tournament of Roses.

As he delivered his welcome remarks, the evening’s Master of Ceremonies, Glendale City Clerk Ardashes Kassakhian, underscored the importance of broad grassroots support for the realization of a large-scale project such as the Armenian rose float. “Last year, the first-ever Armenian rose float was made possible by grassroots contributions while some 600 community volunteers worked tirelessly on the actual assembly of the float,” he said. “The level of enthusiasm among our community is even greater today, and we can’t thank our volunteers enough for contributing their talents, time, and energy to this wonderful project.”

The first Armenian rose float, which carried the theme “Cradle of Civilization,” went on to earn the Pasadena Tournament of Roses’ prestigious President’s Award for “most effective floral use and presentation.”

“On New Year’s Day, 2015, as the first Armenian rose float in history rolled down Colorado Boulevard, it promoted Armenian culture and identity in Los Angeles and across the world,” AARFA President Stepan Partamian said as he addressed the guests. “The float was seen by about 700,000 spectators in Pasadena and a global audience of 1.5 billion in 115 countries. The forthcoming Tournament of Roses will be seen by an even greater number of people. I can’t imagine a better or more cost-effective conduit for familiarizing the world with Armenian civilization. Think about it: as a community, we’ll be spending a mere $300,000 on the second Armenian rose float, yet achieve the type of global exposure that would require millions of dollars.”

Partamian said that since the theme of the upcoming Tournament of Roses is “Find your Adventure,” the newest Armenian rose float will be called “Discover Armenia.” Accordingly, Partamian said, the design of the float will encompass major Armenian landmarks as well as references to Armenian history — including the Sardarapat and Tsitsernakaberd memorials, the Tatev Monastery, Artsakh’s “We Are Our Mountains” monument, the Ughtasar Petroglyphs, the khachkar cemetery of Old Jugha, and the Urartian Sphinx, among others. Both the first and the newest Armenian rose floats were designed by AARFA Board member Johnny Kanounji.

“By depicting the beauty and millennia-old culture of Armenia and Artsakh, the Armenian rose float will also help promote tourism in our homeland,” Partamian explained, and went on to announce the names of some of the celebrities who will ride on the upcoming Armenian rose float. They include Sona Movsesian, who was instrumental in encouraging Conan O’Brien to film a recent show in Armenia; KTLA reporter Ellina Abovian; and KTTV Channel 11 anchor Araksya Karapetyan.

In the course of his remarks, Partamian announced a string of donations that were made by guests. They included Antranig Baghdassarian of Karoun Dairies, a major benefactor of the first Armenian rose float who once again contributed $50,000; and Dr. Albert Karamanoukian, Mark and Paulette Geragos, Flora Dunaians, and an anoymous donor, each of whom contributed $10,000.

“This evening, like the work of the AARFA as a whole, represents the concept of ‘minimum expense and maximum return,’” Partamian said. “Thanks to in-kind donations, including the provision of this banquet space by the Phoenix Decorating Company, we were able to organize this event by spending only $15,000, and have already raised $115,000, which will helps us significantly to cover the costs of the construction of the Armenian rose float and its participation in the Pasadena Tournament of Roses.”

“I would also like to stress the importance of having repeat donors,” Partamian continued. “There’s a very good reason that benefactors such as Mr. Baghdassarian are once again supporting the Armenian rose float initiative: they see enormous value in a project that inspires and mobilizes the entire Armenian community while promoting Armenian identity and culture on an international scale.”

This year, the AARFA has launched the Armenian Rose Float Ambassador Program, whereby volunteers can become city-specific ambassadors of the rose float to raise at least $3,000 from their respective communities. During the December 6 event, Partamian recognized the dedication and work of six ambassadors by presenting them with the first-ever AARFA Ambassadorship pins. The honored ambassadors were Garbis Der-Yeghiayan (representing La Verne, California), Carmen Libaridian (Hollywood Hills, California), Flora Dunaians (Pasadena, California – south of 210 Freeway), Margaret Mgrubian (Pasadena, California – north of 210 Freeway), Tony Melconian (La Crescenta, California), and Hratch Kozibeyokian (Shadow Hills, California). Currently the AARFA is seeking to enlist additional ambassadors to represent cities across the US. Those who are interested can email the association at [email protected]

To date, the AARFA has raised $180,000 of the $300,000 needed for the construction of the second Armenian rose float and its participation in the Pasadena Tournament of Roses. The AARFA, whose sole mission is to raise funds to be spent annually on the Armenian float, continues to accept donations and is seeking corporate sponsors to help fund the project. Tax-deductible contributions can be made securely through the AARFA site (at aarfa.org) or by mailing a check to: AARFA, P. O. Box 60005, Pasadena, CA 91116. 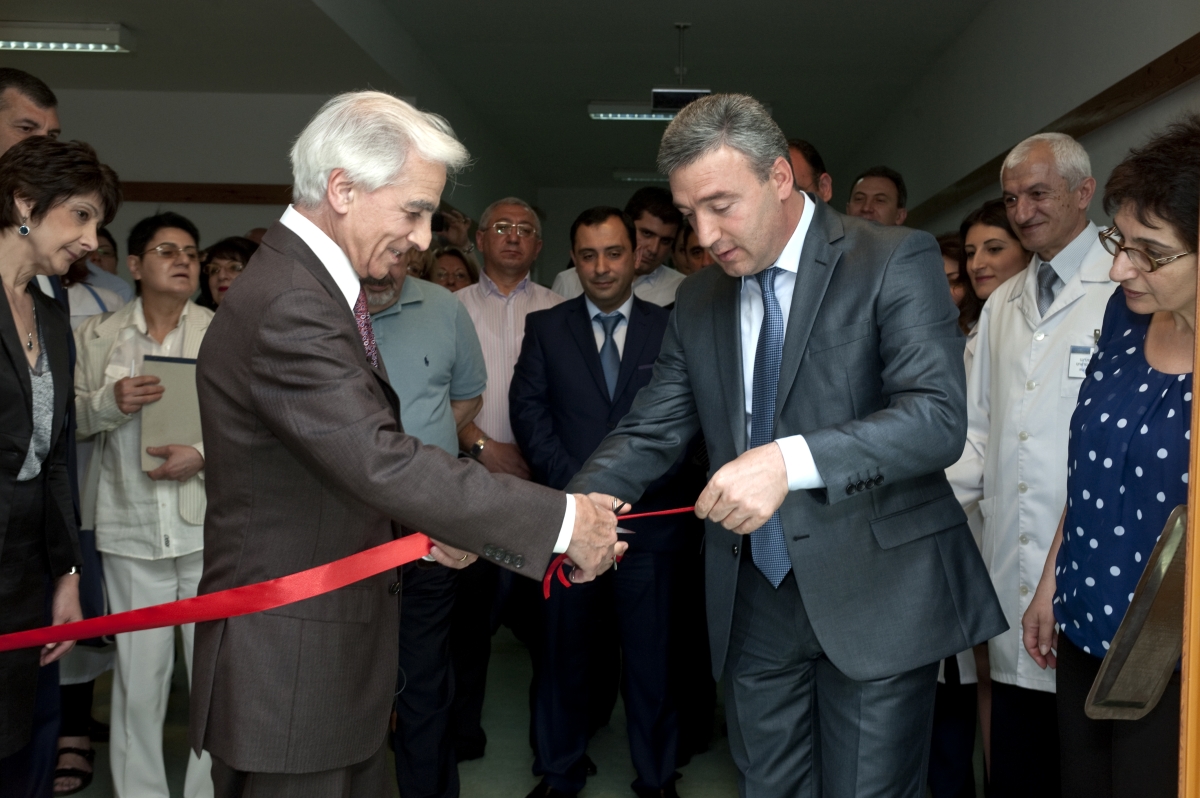 After an action-packed ten days in Armenia, the Armenian EyeCare Project (AECP)… 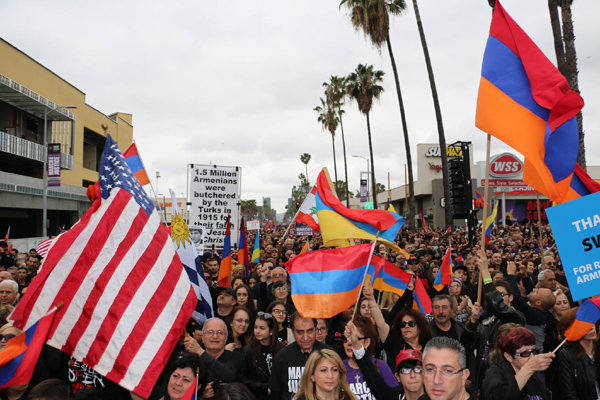