Police units cleared Marshal Bagramian Avenue 30 minutes after the expiry of a police ultimatum that was issued to the protesters late on Friday. The national police service said the protest is illegal and can therefore be broken up.

Colonel Valery Osipian, a deputy chief of Yerevan’s police department, reiterated this warning before security forces swept aside several dozen activists who remained at the blocked section of the avenue early in the morning. They did not use batons, water cannons or other riot gear.

“Policemen, stay calm,” Osipian repeatedly shouted through a megaphone as his officers dragged away activists.

Most of the protesters appeared to be detained on the spot. Those included leaders of the No To Plunder movement that resumed this month its vocal campaign against the more than 17 percent electricity price rise.

Rima Sargsian was apparently the only No To Plunder leader to avoid arrest. She condemned the police actions.

Several protesters suffered minor injuries during the crackdown. Ambulance cars were on hand to provide them with first medical assistance.

Traffic through the avenue resumed moments later, after a police water cannon washed the site of the overnight protest.

The same street section was the scene of bigger nonstop protests against the price hike in late June. They forced President Serzh Sarkisian to promise that his government will subsidize the tariffs pending an international audit of Armenia’s loss-making power distribution network.

No To Plunder decided to resume protests after the government made clear last month that the subsidy will apply only to households and some small businesses. 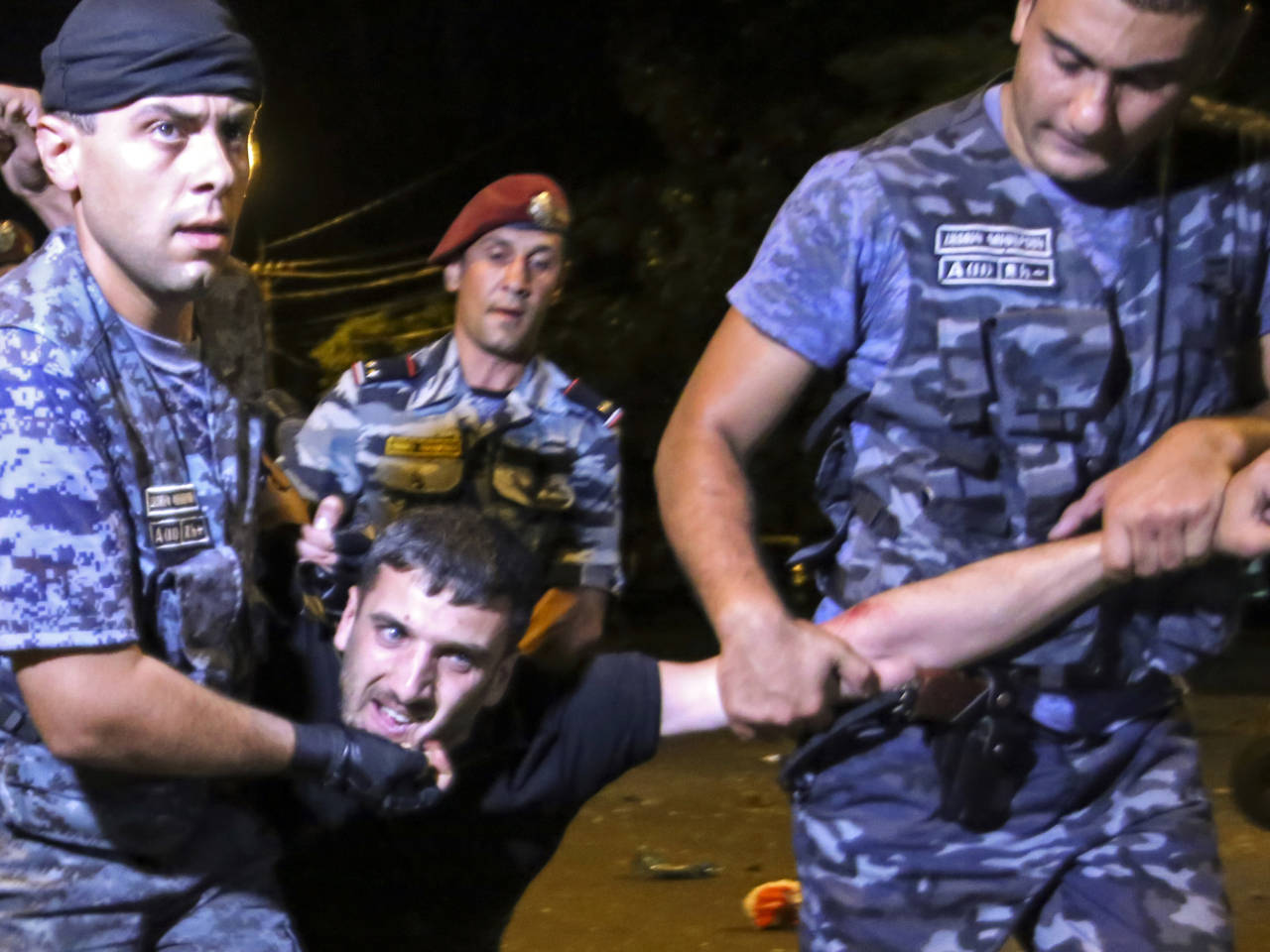