Turkish Intellectuals Who Have Recognized The Armenian Genocide Ayşe Berktay

Ayşe Berktay is a translator, scholar, author, cultural and women’s rights activist. Her publications include “History and Society: New Perspectives, 2008”, and “The Ottoman Empire and the World Around with Suraiya Faroqhi”; moreover, she is the editor of “Women and Men in the 75th Year of the Turkish Republic”. Her translations include “The Imperial Harm: Gender and Power in the Ottoman Empire, 1520-1656” by Leslie Penn Pierce; and “The Ottoman Empire, 1700-1922 ,New Approaches to European History” by Donald Quataert.

Over the past decade, Ayşe conducted work at the History Trust, where she was part of the Prime Minister’s Advisory Board on Human Rights. In Dec. 2009 Ayşe became a member of the pro-Kurdish Peace and Democracy Party (BDP), which has 36 elected representatives in the Turkish Parliament. In March 2010 she was elected to the BDP Istanbul Province Executive, where she worked in the Press Committee, then in Oct. 2010 she was elected to the BDP Central Women’s Committee, Foreign Relations Office. Ayşe Berktay was arrested on October 3, 2011, and seized personal papers and materials. Eventually, she was charged under Turkey’s anti-terror legislation of “membership in an illegal organization”. She was released from Prison in Istanbul on Dec. 20, 2013 and still faces a lengthy trial process, where she could face up to 15 years in prison. (1)

In December 2008, two hundred prominent Turkish intellectuals released an apology for the “great catastrophe of 1915”. This was a clear reference to the Armenian Genocide, a term still too sensitive to use so openly. The signatories also announced a website related to this apology, and called on others to visit the site and sign the apology as well. The complete, brief text of the apology says “My conscience does not accept the insensitivity showed to and the denial of the Great Catastrophe that the Ottoman Armenians were subjected to in 1915. I reject this injustice and for my share, I empathize with the feelings and pain of my Armenian brothers and sisters. I apologize to them.” Ayşe Berktay was one of the Turkish intellectual who has signed the petition. (2)

Ayşe Berktay was one of the Turkish intellectuals who signed a petition against Denialist Exhibit in Denmark, an exhibition which was planned by the Turkish embassy to support their point of view concerning the Armenian Genocide .” Don’t Stand Against Turkey’s Democratization and Confrontation with its History!” was the message to the Royal Library of Denmark who has given the Turkish government the opportunity to present an “alternative exhibit” in response to the Armenian Genocide exhibition.(3)

In the 99th anniversary of the Armenian Genocide, the members of the 24 April Commemorating Armenian Genocide Platform came together in front of the historical Haydarpaşa Railhead to commemorate the Armenian intellectuals who were put in trains from Haydarpaşa Railhead in 1915 and sent to death. The citizens left red carnations on the placards writing in both English and Armenian reading “We are remembering the victims of Armenian genocide” and they carried the photos of Armenian intellectuals. The Peoples’ Democratic Party (HDP) Central Executive Board (MYK) member Garo Paylan, Author Ayşe Berktay, Academiscian Fatmagül Berktay, Human Rights Association (İHD) İstanbul Branch Head Ümit Efe, İHD executives, Armenians coming from Diaspora; and lots of citizens joined in the commemoration activity.(4)
—————————————
1- http://www.pen.org/defending-writers/ay%C5%9Fe-berktay
2- http://www.armeniapedia.org/wiki/200_prominent_Turks_apologize_for_great_catastrophe_
3- http://www.armeniapedia.org/wiki/The_Armenian_Genocide_and_the_Scandinavian_Respon
4- http://www.diclehaber.com/en/news/content/view/398100?page=11&from=314584322 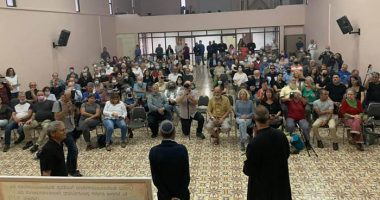 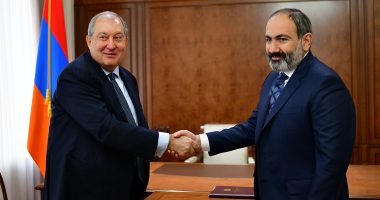 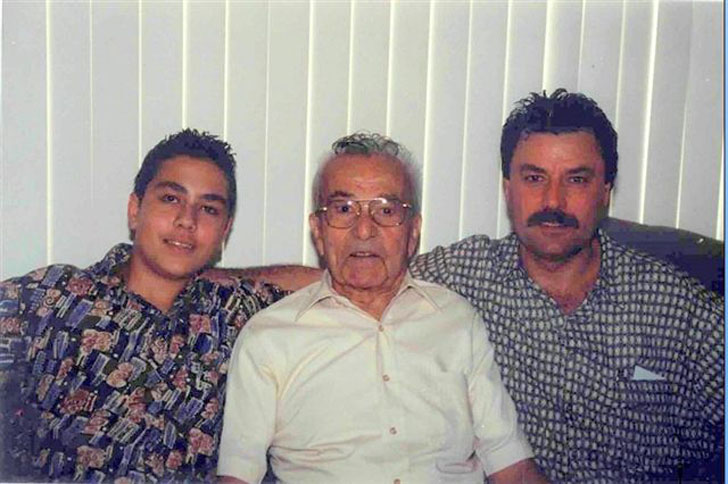