Home Armenia Professor Yair Auron: I Will Continue Struggling for the Recognition of the Armenian Genocide Worldwide

Professor Yair Auron: I Will Continue Struggling for the Recognition of the Armenian Genocide Worldwide

YEREVAN (Armradio.am) — The Presidential Prizes 2013 were handed on Monday at a ceremony held at the Presidential Palace in Yerevan. President Serzh Sarkisian congratulated the awardees and wished them new achievements in the future.

In cooperation with the Boghosian family and under the auspices of the Hayastan All-Armenian Fund, Armenia has been trying to reveal the best achievements in the fields of science, education and culture. Special attention is attributed to the international research works on the Armenian Genocide.

One of the Prizes in this category was awarded to Israeli historian, scholar, Professor Yair Auron for his book titled “Zionism and the Armenian Genocide” and his decades-long scientific activity.

“I assure that I will continue struggling for the recognition of the Armenian Genocide worldwide. This is my responsibility as a human being, as a Jew and as an Israeli,” Professor Auron said in his speech.

“I attach special importance to the fact that with the Armenian Genocide Centenary ahead we are acknowledging Israeli scientist and historian Yair Auron’s merit in the nomination Considerable Contribution to the Process of Recognition of the Armenian Genocide,” President Sarkisian said.

“Many of the greatest representatives of the Jewish people have always shared the Armenians’ pain and tragedy. It is impossible to enumerate all the eminent intellectuals who have touched upon the Armenian Genocide. However, two names are worth mentioning,” he said.

“The first one is Austrian Jew Franz Werfel whose novel the Forty Days of Musa Dagh warned us against the calamity brought on the European Jews. Sometimes, people having artistic thinking get ahead of scientists.

The second one is Polish Jew Raphael Lemkin. Being a lawyer and a scientist, he coined the term “genocide” and became the founding father of the UN Convention on the Prevention and Punishment of the Crime of Genocide adopted in 1948. It is no accident Lemkin said that while he was doing that work he had in mind the calamities the Armenians and Jews had outlived during the two world wars,” President Sarkisian said.

“Honorable Mr. Auron, with your work you follow in the footsteps of the two people who were so devoted to Armenia and the Armenian people. Your whole scientific efforts are directed to the fight against the denial of the Armenian Genocide. I am very glad that the representatives of Israel and the Jewish Diaspora fight for the international recognition of the Armenian Genocide. I appreciate that despite all the hardships you do not repudiate your ancestors’ noble ideas,” Serzh Sarkisian said.

Yair Auron has authored 20 books as a result of his 25-year research work. The Israeli Professor said at the ceremony he’s getting more and more convinced that those who stand aside, indirectly support the criminals.

The Professor informed that the Open University of Israel will organize an international conference next year to mark the 100th anniversary of the Armenian Genocide. He said that together with an ex-Member of Knesset he has started a collection of signatures for the recognition of the Armenian Genocide. “We hope to collect about half a million signatures by April 2015,” he said.

Amatuni Virabyan and Gohar Avagnyan also received Presidential Prizes for the three-volume collection of Armenian documents and the selected English collection of the same name “Armenian Genocide in the Ottoman Turkey: Testimonies of the Survived (1916-1917). 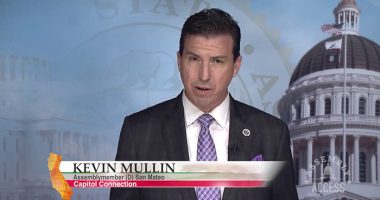 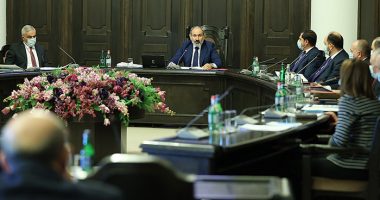