YEREVAN — Turkish Foreign Minister Ahmet Davutoglu has been officially invited to visit Yerevan for an international ministerial conference next month, the Armenian government confirmed on Wednesday.
Foreign Ministry spokesman Tigran Balayan told RFE/RL’s Armenian service (Azatutyun.am) that invitations have been sent out to the foreign ministers of all countries aligned in the Black Sea Economic Cooperation (BSEC) grouping, including Turkey and Azerbaijan. They are scheduled to meet in Yerevan on December 12.

Citing unnamed Turkish officials, the Turkish daily “Today’s Zaman” reported on Tuesday that Davutoglu is considering attending the meeting. They said his decision depends on the outcome of the latest meeting of the Armenian and Azerbaijani presidents that took place in Vienna on Tuesday.

“If the two leaders agree to continue dialogue on the resolution of the Nagorno-Karabakh conflict in talks in Vienna, Davutoglu is expected to attend the BSEC meeting in Yerevan,” added the English-language paper.

Davutoglu’s predecessor, Ali Babacan, attended a similar BSEC gathering that was held in the Armenian capital in April 2009, during an unprecedented rapprochement between Armenia and Turkey. The U.S.-backed process culminated in the signing of two Turkish-Armenian protocols on the normalization of bilateral ties later in 2009. Ankara makes their implementation conditional on the resolution of the Karabakh conflict.

Davutoglu reportedly asked Switzerland to facilitate a renewed Turkish-Armenian dialogue during a visit to Berne last month. Still, he made clear that Ankara stands by the Karabakh precondition rejected by Yerevan.

Artur Baghdasarian, the secretary of Armenia’s National Security Council, also visited Switzerland late last week. Some observers in Yerevan believe that his talks with top Swiss officials focused on Turkish-Armenian relations. A spokesman for Baghdasarian declined to comment on this on Wednesday.

“As far as I understand, the Swiss have conveyed to Armenia what they were told [by Ankara]”.

Davutoglu held bilateral talks on Monday with U.S. Secretary of State John Kerry during which Karabakh conflict was on the agenda. 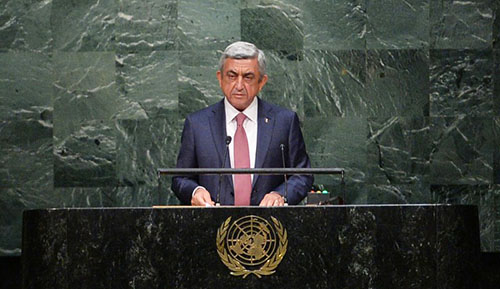 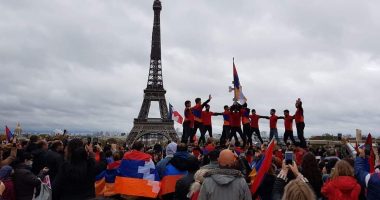 “I have fought the good fight, I have finished the race, and…