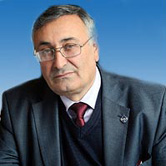 YEREVAN — The official version of Armenia’s bloody 2008 post-election unrest, strongly disputed by opposition leaders and human rights campaigners, has been controversially included in a new history textbook for state-run universities.
The textbook approved by the Ministry of Education and published this year blames opposition groups for the March 1-2, 2008 violence in Yerevan, which left ten people dead and more than 150 others injured.
It contends that the violence erupted after “demonstrators started attacking police forces” and that both sides used firearms in vicious clashes in downtown Yerevan. In an apparent reference to Levon Ter-Petrosian, the main opposition candidate in the February 2008 presidential election, it says “the leader and organizers of the riots” urged the protesters to loot shops and set cars on fire.
The book, which traces the history of Armenia from ancient to modern times, also slams the Ter-Petrosian-led opposition for “blatantly rejecting” the official vote results that gave victory to Serzh Sarkisian.
This section, authored by Dean of YSU History Faculty Edik Minasyan, describes Armenia’s first president Levon Ter-Petrosian and opposition leader as “having adopted radical work style”, saying “his supporters ignored the appeals” of artists, intellectuals and the Catholicos of All-Armenians and “skilfully took advantage of the situation”. He further gives assessments and comments, claiming that “the worst post-election developments” had been pre-planned during the campaign.
At the same time, the book states that the Armenian authorities “have their share of the blame” for what was the worst street violence in the country’s history. “Having not exhausted peaceful means of solving the crisis, they resorted to the use of police force,” it says.
The authorities have said all along that the violence resulted from Ter-Petrosian’s attempt to forcibly seize power after the disputed election. Ter-Petrosian and his associates insist, however, that the authorities deliberately used lethal force to enforce the results of what they call a rigged ballot.
Not surprisingly, Ter-Petrosian loyalists and other opposition supporters have condemned the book’s conclusions, saying that they mirror criminal cases opened against more than a hundred oppositionists in the wake of the unrest. Ashot Sargsian, a historian affiliated with Ter-Petrosian’s Armenian National Congress, on Monday accused the book’s authors of “distorting history” on government orders.
Minasian dismissed the criticism. “I only presented proven facts,” he told RFE/RL’s Armenian service (Azatutyun.am).
Minasian said the book’s controversial passages are based on the findings of an Armenian parliamentary commission that investigated the 2008 unrest. The ad hoc commission, boycotted by opposition lawmakers, concluded in September 2009 that the use of force against the protesters, who barricaded themselves in the city center, was “by and large legitimate and adequate.” 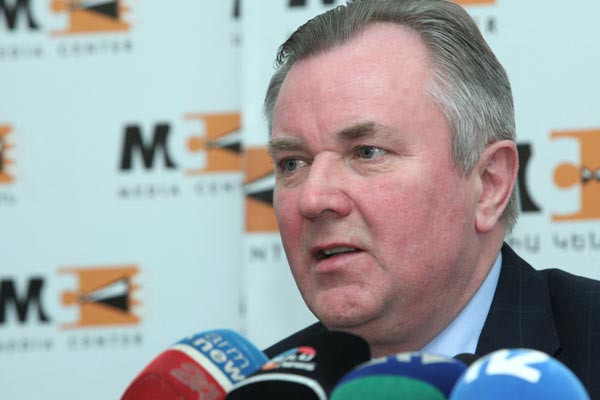 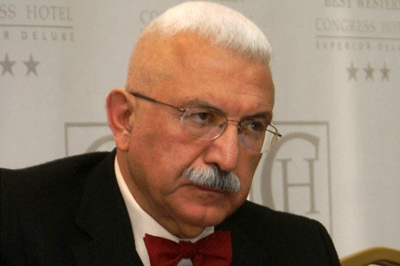