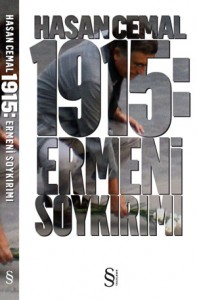 ISTANBUL — The grandson of Cemal Pasha, one of the masterminds of the Armenian Genocide, Hasan Cemal has published a book entitled ‘1915: the Armenian Genocide.’
The news was first reported by Istanbul-based Agos weekly and confirmed by journalist Yavuz Baidar on Twitter.
“To reject the Genocide means to be a part of the crime against humanity. Moreover, the pain of 1915 is not history, it is an up to date question,” he claims.
The first chapter of the book describes how Hasan Cemal got to know about the 1915 events, furthermore, he touches upon the murder of Hrant Dink. The second chapter describes what the author though about the 1915 events and how he came to change his opinion. The third chapter dwells on one of the organizers of the genocide Cemal Pacha, who was his grandfather.
“Armenians in Turkey were Russia-oriented and Turks had to kill them. That’s why the Genocide happened,” Hasan Cemal quotes his grandfather as saying in Munich in 1919.
Cemal is columnist at Milliyet newspaper. In 2008, he visited the Armenian Genocide memorial in Yerevan. His note in the memory book says: “To deny the Genocide would mean to be an accomplice in this crime against humanity.”
Ahmed Cemal Pasha was killed in Tbilisi in July 1922 by Stepan Dzaghigian, Artashes Gevorgyan and Petros Ter Poghosyan as part of Operation Nemesis for his role in the Armenian Genocide. His remains were brought to Erzerum and buried there.