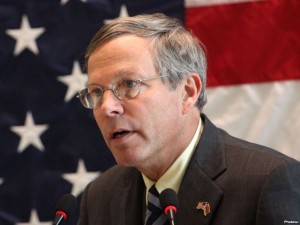 YEREVAN — The United States expects Armenia to hold parliamentary and presidential elections that will be widely regarded as democratic, according to John Heffern, the new U.S. ambassador in Yerevan.
“We are working together so that Armenia’s important national elections 2012 and 2013 are the best elections ever and fully consistent with international standards,” Heffern told journalists late on Monday just hours after handing his credentials to President Serzh Sarkisian.
He said the issue was on the agenda of his “very good” meetings with Sarkisian and Foreign Minister Edward Nalbandian.
Washington has been very critical of the Armenian authorities’ handling of just about every major election held in the country since 1995. In particular, it considers the last presidential ballot held in 2008 “significantly flawed.”
Heffern’s predecessor, Marie Yovanovitch, stressed the importance of ending Armenian’s post-Soviet culture of electoral fraud and effecting other “deep and difficult changes” in a speech last February.
Heffern, who was confirmed as ambassador by the U.S. Senate late last month, cited Yovanovitch as reporting “some important progress here in Armenia in the last six months.”
“So we hope and expect that Armenia will build on those favorable decisions that were made earlier this year to create a climate of fairness for the upcoming elections in 2012 and 2013,” he said. “And the United States will do all that it can to help make these the best elections ever.” 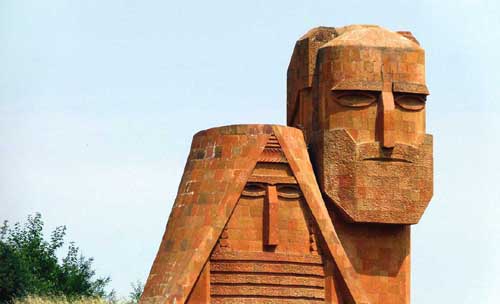 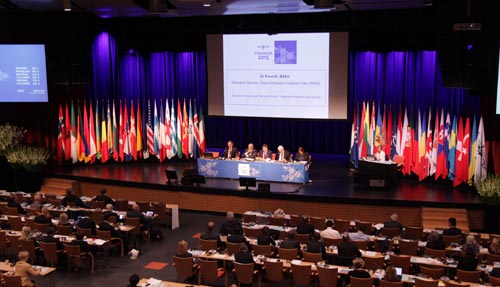