Home Arts & Culture I Wish My Parents Had Taught Me Armenian

I Wish My Parents Had Taught Me Armenian 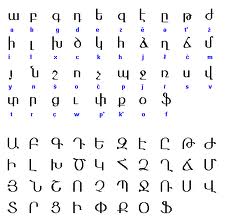 Often, linguists unexpectedly find themselves in a situation, wherein they face the negative and careless attitudes of members of a society pertaining to the preservation of their language. What are linguists to do with regard to such an issue? Should they merely say, “That’s their decision and we don’t have the right to interfere”? Or, based on past experience, should they try to save the language? It’s a difficult situation.

It’s easy to say that there are already many languages needing our help. Languages, whose users are convinced of the efficacy of linguists’ efforts.

Whatever the case may be, it is necessary to take a position. First, it must be admitted that everything in life is not black and white. In other words, different attitudes can exist in the same society: pride, regret, indifference, etc. One family can feel very proud of its traditions and national identity, while another is devoid of such pride. One person can consider his/her mother tongue useless and unimportant, while another can regard that mother tongue as a source of spiritual strength. Therefore, it is important to first study the reasons for the negative attitude of a society.

There are circumstances, in which economic, military and security reasons impel minorities to focus their energy on making a living. For example, when the linguist Matthew McDaniel was working on preserving the language of the Akha tribe in Thailand, he wrote that it wasn’t easy at all, because their children were dying by the dozens every day. There weren’t doctors to make a diagnosis. McDaniel had concerns on different levels: their children didn’t have the opportunity to grow up and learn their native language; they were in immediate need of medical care and economic support. Thus, he was faced with the choice of writing down and preserving the language of the Akha tribe, or saving and preserving the Akha people.

The linguist Nicholas Ostler explains this fact, saying who are we to question a society’s decision not to transmit its mother tongue to its children. For example, what can be said to the Dahalo-speaking Kenyan father, who proudly states that his child now only speaks Swahili (the official language of Kenya)? However, Ostler stresses, the preferences of societies often change. And it becomes an issue when, for example, a certain economic goal is acquired. Then, Ostler insists, it is too late to teach the language to the children, because it no longer exists.

For example, the linguist Nancy Dorian found this out with speakers of the East Sutherland dialect of Gaelic in Scotland. They had decided to abandon their Gaelic language for economic reasons, and now their children, who are in a better financial situation, wish to regain their national heritage and angrily ask their parents, “Why didn’t you teach us our native language?”

Unfortunately, during my interviews with a certain number of young Armenian parents, they expressed their wish that their children, by being more closely connected with local Lebanese life, would have a more prominent socioeconomic position and future. According to linguists, parents must be aware of and know the effect of their decisions on the mother tongue; they must understand the negative impact of their position on the next generations (“One doesn’t win one’s bread by means of Armenian,” “Armenian is not an international language,” “I don’t want to be an Armenian teacher,” “Armenian is backward and will make you starve” – attitudes toward the Armenian language by Armenian youths between the ages of 18-24 and young Armenian parents in Lebanon between the ages of 30-40) and decide to transmit the mother tongue to their children, regardless of circumstances.

THE NECESSITY OF COOPERATION BETWEEN SOCIETIES AND LINGUISTS

It is necessary for parents to be aware of the dangers threatening the mother tongue, understand the results of their negative or passive attitude, and make the decision to pass on the language to their children. However, how will all that be possible, when the majority of parents are unaware of the stages of a language’s decline, and how quickly a bilingual society can become a monolingual one?

They look around and see that there are still many, who speak the mother tongue, and they conclude that the language is in good shape. They refuse to see that their mother tongue is weakening. Furthermore, there are those who believe that their language enjoys special protection. For example, despite the fact that the language of the Tiberis tribe of Panama is greatly endangered, their king stated the following: “We are not endangered, because God created us. He didn’t create us so that others may annihilate us. Since we persisted through difficult conditions during the past 500 years, then why should be disappear now?”

Linguists say that often a society doesn’t grasp the seriousness of the issue until it’s too late. The goal of linguists is not safeguarding a means of communication but to assist a society to see that its heritage is unique and to appreciate it. And this isn’t an easy task. A lot of effort is required to emphasize the importance of a linguistic heritage and the consequences of negative attitudes toward the mother tongue.

What is the solution?

Only the society itself can save its language.

This doesn’t mean that linguists aren’t needed. On the contrary, their assistance and advice is greatly required. Therefore, when linguists encounter negative attitudes toward the mother tongue, they know what to do. The first goal of intervention is the improvement of the society’s spiritual welfare, so that its members may begin to treat their mother tongue with feelings of pride and self-confidence.

Based on linguists’ experiences, one can say that there are certain truths which can be convincing. However, only the minority itself can point out those spiritual ties that come with the preservation of the ancestral language – ties that often are not tangible yet are real, like reading the pages of history, listening to traditional songs, and cultivating feelings of security, which come from the concepts of identity and history.

Thus, each member of a linguistic minority must feel responsible for transmitting the mother tongue to the next generation. Often, people think that the leaders of society and teachers will do what’s necessary. That’s true but it’s not sufficient, because the most important factor is the home. No matter how many other languages the members of a family know, they must speak only their mother tongue in the home. That is, young couples must give preference to their mother tongue and speak to their children in that language. Older couples, more experienced individuals and those carrying weight in society must use their influence by giving public importance to language measures. Older persons must function as the source of linguistic knowledge and exemplary models of speaking the mother tongue.

THE MOTHER TONGUE AND PARENTS’ PRIORITIES

Sociologists and linguists place the greatest accountability for giving up mother tongue, culture and national history on the parents.

Why this emphasis on the parents?

Because, the sociolinguists insist, it’s the parents who decide if their children will learn their mother tongue or not. It is the parents who decide, for example, if their children will attend Armenian school in Lebanon or not. The tragic fate of the mother tongue begins when the parents’ decision is no, because that negative stance leads to the absence of the teaching of the traditional language, the lack of use of the mother tongue in the home, the severing of communication with grandfathers and grandmothers, the multiplication of the number of non-Armenian friends, the lessening of participation in national and ecclesiastical life, the moving away from traditional values, and the loss of feelings of belongingness.

It is not accidental, then, that the issue of preservation of the languages of minorities has begun to have increasing importance on an international scale. Merely by paging through linguistic volumes, one can grasp the alarming state of affairs, the seriousness of the concerns, and the professionalism of the programs undertaken as a remedy.

Often, parents don’t realize that a generation later, their mother tongue can begin to proceed toward oblivion, and then it will be very difficult to remedy the situation.

Fortunately, certain Greek, Italian and Chinese communities in North America are mobilizing today to maintain the languages of their forefathers in the diaspora, because they feel proud once more of their heritage, they have begun to develop a positive attitude toward their language, they have resolved to benefit from the values offered by their language, they have begun to become conscious of the importance of national unity, they consider as essential their connectedness to their homeland, and they wish to cling to their peculiar religious beliefs and rites.

This is why Armenian parents in Lebanon and elsewhere in the Diaspora must realize that culture, unique way of living, distinct identity, worldview and way of thinking are kept with the preservation of the mother tongue. Unfortunately, Armenian parents, owing to their decisions, raise questions of identity and belongingness in their children by keeping them away from Armenian school, Armenian culture and the Armenian Church. The parents’ justifications, insofar as their children mastering the Arabic language and adjusting to Lebanese society are concerned, lead to negative influences in the personal, national, communal, cultural and universal realms, as well as the sociolinguistic and linguistic sense.

As noted, language, diaspora, homeland, memory, assimilation, mother tongue, disappearance, preservation of language, minorities, and isolation are the most studied topics in sociolinguistics. The reason is that recently the numbers of refugees and immigrants have multiplied in the world. Besides political and social difficulties, diasporan societies are also facing the imperatives of keeping, sacrificing or finding a balance when it comes to identity, culture and language.

Certainly, many people are familiar with these nagging questions: Remain Armenian? Be Lebanese? Become Lebanese Armenian? Send the child to Armenian or Arabic school? Marry an Armenian or an Arab?

The bulk of the Armenian community became established in Lebanon after the Genocide of 1915. A new wave of Armenian immigrants came in 1937 and 1940 from Alexandretta [Iskenderun], when Turkey seized the latter and the French forces pulled out of this region. Armenian refugees continued to arrive in Lebanon in the 1940’s from Palestine, as a consequence of the Arab-Israeli war. Then, in the 1960’s they came from Syria, when the cultural and educational rights of the Armenians began to suffer owing to the Arab national movements.

The church and political parties played an important role early on in the religious, organizational, social, educational, political and cultural life of the Armenian immigrants, by building a unique and distinct Armenian identity away from the soil of their fatherland. Along with the Apostolic, Catholic and Evangelical churches and their institutions, the three Armenian political parties also reorganized and founded their daily newspapers.

It became possible to do all this because knowledge of the mother tongue is what allows digging and showing interest in one’s roots, history, literature, and music, in order to have a strong concept of identity.

In Lebanon, the efforts of the Armenian community toward preservation of the language say a lot to sociolinguists and linguists. Today the same is demanded in order to transmit all this to the succeeding generations.

By the same author, Denial of Genocide: History or Politics 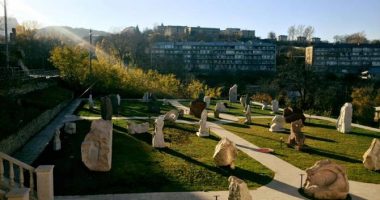 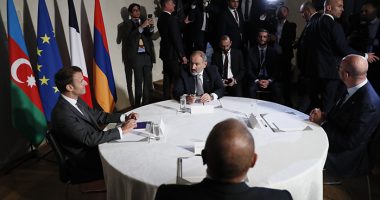 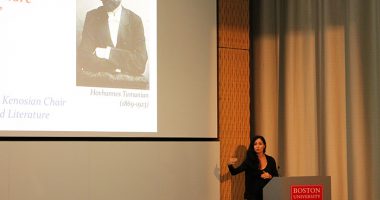