YEREVAN — Armenia’s Ambassador-at-large Edmon Marukyan has publicized the six-point proposals of the Armenian side for the normalization of the relations with Azerbaijan.

According to Marukyan, the first point states that Yerevan issued its six points in response to Baku’s five.

The second point confirms that Armenia recognized Azerbaijan’s territorial integrity in 1992 when it signed the treaty establishing the Commonwealth of Independent States, an intergovernmental organization of nine post-Soviet countries, including both Armenia and Azerbaijan.

“At the time when we signed it, we mutually recognized each other’s territorial integrity and borders by joining that organization,” Marukyan said in an interview with Armenian public television.

The fourth point reiterates Armenia’s commitments to the November 2020 ceasefire agreement and two joint statements issued alongside Azerbaijan and Russia last year pledging to establish working groups on unblocking transport links between Armenia and Azerbaijan and delimiting their shared border.

The fifth point states that “the Armenian side is ready to start negotiations for the settlement of relations between Armenia and Azerbaijan and for the establishment of inter-state relations based on the United Nations Charter, the International Covenant on Civil and Political Rights, and the Helsinki Final Act.”

“These are the basic principles that have existed from the beginning. It is here that the nations’ right to self-determination and other important rights and freedoms are enshrined,” Marukyan said.

Finally, the sixth point reiterates Armenia’s desire to conduct negotiations with Azerbaijan with mediation by the Minsk Group, a body formed by the Organization for Security and Co-operation in Europe in the 1990s to encourage the peaceful resolution of the conflict between Armenia and Azerbaijan. 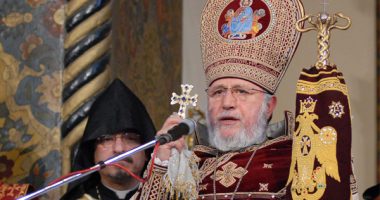 Dear faithful, We are following with concern and prayer the developments around… 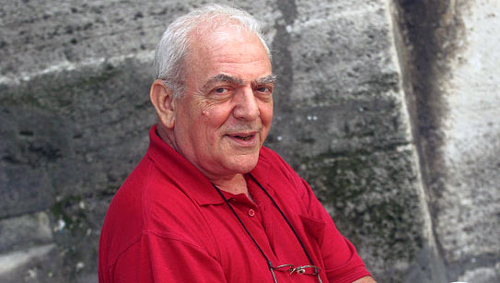