GLENDALE – The Armenian American Museum and Cultural Center of California celebrated the first concrete pour of the historic project by hosting a Concrete Pouring Ceremony at the construction site of the landmark center at Glendale Central Park.

Executive Director Shant Sahakian officially kicked off the Concrete Ceremony by welcoming the Board of Trustees, Board of Governors, Construction Committee, and government officials to the construction site.

“Today, we are one step closer to the dream of the Armenian American Museum and we are all so privileged that the museum is going to be in the City of Glendale,” stated Glendale Mayor Paula Devine. Mayor Devine was joined by her colleagues on the Glendale City Council including Councilmember Ara Najarian, Councilmember Vrej Agajanian, Councilmember Ardy Kassakhian, and Councilmember Daniel Brotman as well as City Manager Roubik Golanian. 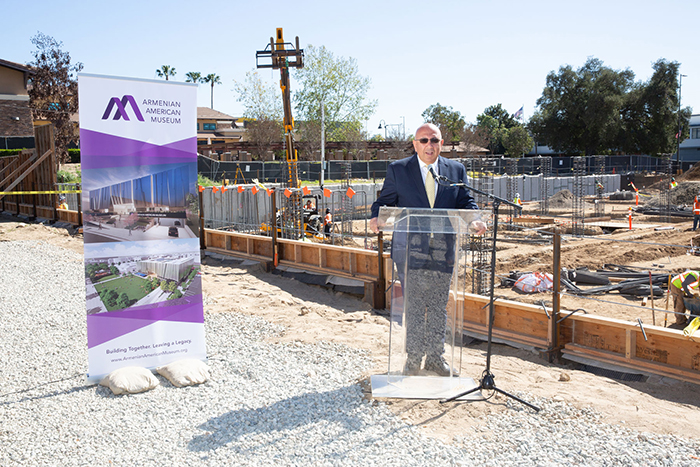 “The concrete pouring is a historic milestone that represents the foundation of the museum and a symbol of unity for the Armenian community here in Los Angeles and throughout the world,” stated Ambassador Armen Baibourtian, Consul General of Armenia in Los Angeles.

“The Armenian American Museum will serve as a hub and stand forever as a center that celebrates the rich culture and history of the Armenian people and brings our diverse communities together,” stated Assemblymember Adrin Nazarian. 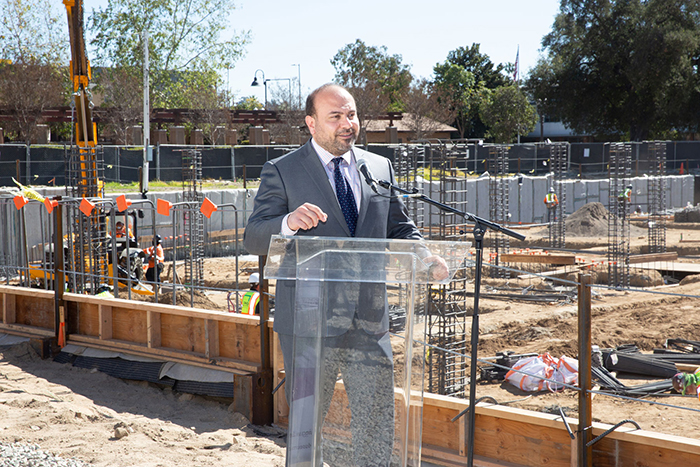 Executive Chairman Berdj Karapetian expressed appreciation to the many donors, supporters, community members, and government partners who have contributed to the project. He reflected on the moment when the vision for the Armenian American Museum project was first formally discussed during an early meeting of the Armenian Genocide Centennial Committee Western USA’s Landmark Subcommittee on January 13, 2014. He announced that the Concrete Pouring Ceremony will conclude with the burial of a time capsule featuring the official minutes of that meeting to forever be part of the foundation of the cultural and educational center. 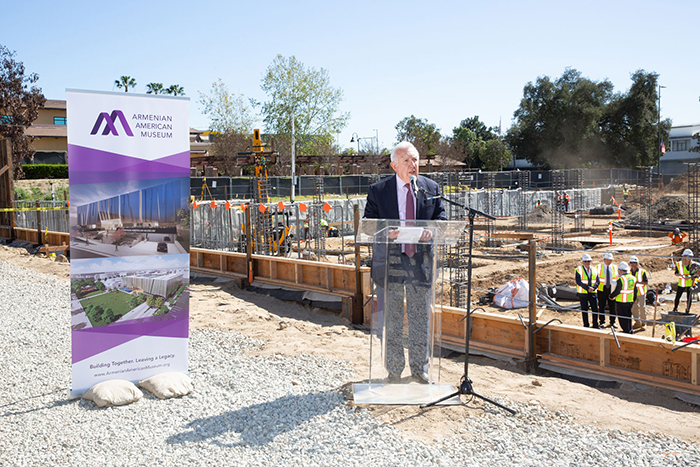 The Armenian American Museum will be hosting its Legacy Gala on Sunday, March 27, 2022 at the JW Marriott Los Angeles L.A. LIVE. The event will pay tribute to the visionary benefactors and supporters who are building a legacy of education, preservation, and cultural enrichment for generations to come. 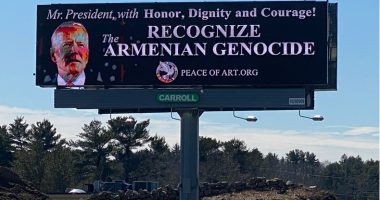