Home Armenia MFA: Armenia Stands for Comprehensive and Lasting Settlement of the Nagorno-Karabakh Conflict, Guaranteeing the Rights of the People of Artsakh

MFA: Armenia Stands for Comprehensive and Lasting Settlement of the Nagorno-Karabakh Conflict, Guaranteeing the Rights of the People of Artsakh

YEREVAN — On September 27, 2020, Azerbaijan, with the direct support and involvement of Turkey and with the participation of foreign terrorist fighters from the Middle East, unleashed a large-scale war against the Republic of Artsakh with the aim of depriving the people of Artsakh of the right to live free and secure in their homeland and master their own destiny.

Today we bow and pay tribute to the memory of our heroes of all Artsakh wars, who fell for the cause of freedom and in protection of dignity and the right to life of their compatriots.

The 44-day war, launched on September 27, was accompanied by large-scale violations of international humanitarian and human rights law, war crimes and other mass atrocities by Azerbaijan. During the hostilities, the armed forces of Azerbaijan deliberately targeted civilian infrastructure and peaceful settlements, including the capital Stepanakert, with artillery and air strikes, including with prohibited weapons, which resulted in civilian casualties and destruction. The committed mass crimes were thoroughly documented and presented to international organizations and specialized international bodies. The works in this direction will continue in various international platforms.

The 44-day war was a pre-planned and prepared military aggression aimed at removing the Nagorno-Karabakh issue from international agenda through use of force and annihilation of the Armenian population. This is evidenced by the actions of Azerbaijan in the pre-war period, as well as the policy adopted by Azerbaijan following the war. The Armenophobic policy and the consistent threats of use of force pursued by the leadership of Azerbaijan for years, the rejection of proposals by the international mediators to resolve the conflict and strengthen the ceasefire, systematic and regular ceasefire violations, excessive accumulation of weaponry in violation of international obligations and periodic offensive military drills along the line of contact, refusal to join the UN Secretary-General’s call for a global ceasefire, as well as post-war statements denying the very existence of Nagorno-Karabakh, demonstrate that Azerbaijan has never been interested in a peaceful settlement of the conflict.

Azerbaijan has been consistently hindering the efforts of the international community, in particular the countries of the OSCE Minsk Group Co-Chairs, to establish a humanitarian ceasefire, as a result of which the three ceasefires agreed at the Ministerial level on the initiative of Russia, France and the United States were not implemented. The Trilateral Statement on the ceasefire established on the initiative of the President of Russia on November 9, followed by the entry of Russian peacekeepers into Nagorno-Karabakh, halted the Azerbaijani aggression and created conditions for ensuring the comprehensive security of the population in Artsakh.

As a result of the Azerbaijani-Turkish aggression unleashed against Artsakh, the Armenians of Artsakh encountered numerous humanitarian issues: more than 90 thousand Armenians of Artsakh were forced to leave their permanent residences, the majority of whom have currently returned to Artsakh. More than 40,000 people were deprived of their homes and property, vital infrastructure was destroyed, including schools and hospitals. In this regard, the Republic of Armenia attaches great importance to the unimpeded access of international humanitarian organizations and other specialized bodies into Artsakh, which is of vital importance in the context of a comprehensive and effective solution to the humanitarian crisis resulting from the war.

After around a year Azerbaijan is still holding a number of Armenian prisoners of war and captured civilians as hostages violating its obligations undertaken by both the November 9 Trilateral Statement and international humanitarian law.

The Azerbaijani authorities not only continue their hostile policy towards the people of Artsakh, but also rename Armenian settlements in the territories fallen under their control, destroy and desecrate religious sanctuaries and cultural heritage. These actions and the complete ethnic cleansing of the Armenian population once again reveal the fact that the guarantee of physical security and the right to life of the Armenians of Artsakh is impossible under the jurisdiction of Azerbaijan.

The realities shaped on the basis of the use of force, mass violations of human rights, as well as the consistent actions of similar nature by Azerbaijan following the war, can not create a sustainable foundation for regional peace and security. The comprehensive and lasting settlement of the Nagorno-Karabakh conflict presume the determination of the status of Artsakh taking into account the realization of the inalienable right to self-determination, ensuring of the security of the people of Artsakh, safe and dignified return of the displaced population to their settlements throughout Nagorno-Karabakh, preservation of Armenian cultural and religious heritage in the territories fallen under the Azerbaijani control.

Only the agreements reached within the framework of the peace process can open a new page for peace, security and development in the region.

The Republic of Armenia stands for the full-fledged launch of the peace process of the Nagorno-Karabakh conflict within the framework and mandate of the OSCE Minsk Group Co-Chairmanship. At the same time, the urgent settlement of humanitarian issues, including the repatriation of all prisoners of war, captured civilians and addressing of the cases of enforced disappearances is of utmost importance.

Armenia will consistently stand for the restoration and protection of the rights of the people of Artsakh and make every effort to reach a just, comprehensive and lasting settlement of the Nagorno-Karabakh conflict, guarantee the right of the Armenians of Artsakh to free and safe life with dignity in their homeland. 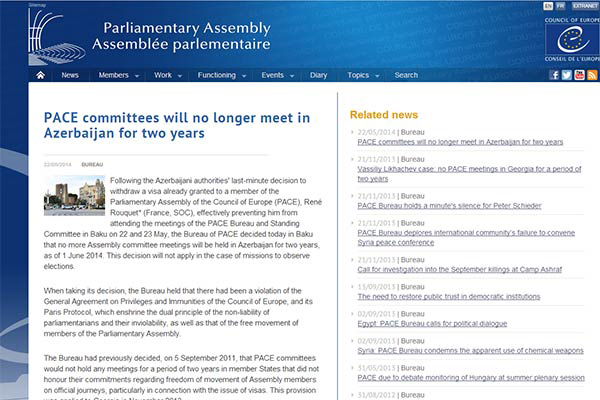 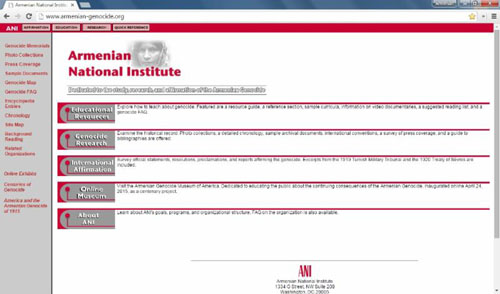