AUA’s 29th Commencement: Unprecedented Double Ceremony for Classes of 2020 and 2021

YEREVAN – On June 19, 2021, the American University of Armenia (AUA) held its twenty-ninth commencement ceremony at the open-air Yerevan Velodrome. Due to the COVID-19 pandemic, the Class of 2020 did not have a commencement ceremony last year. As a result, this year’s graduation saw off both the Class of 2020 and the Class of 2021. It was the first AUA commencement ceremony to take place outside of the University campus, during which over 900 students received their bachelor’s and master’s degrees. U.S. Ambassador to Armenia Lynne M. Tracy; USAID Armenia Mission Director John Allelo; RA Acting Minister of Education, Science, Culture, and Sport Vahram Dumanyan; AUA Trustees; and rectors and ambassadors of other universities were also in attendance. Family members, friends, and AUA alumni came to celebrate the evening with the graduates.

Following AUA President Dr. Karin Markides’ welcoming remarks, a moment of silence was held in honor of the heroes who lost their lives in the 2020 Artsakh War, including the AUA students Shavarsh Muradyan, Davit Uzunyan, Erik Hajikyan, Aziz Aghajanyan, Areg Gevorgyan, Hakob Hakobyan, and Davit Virabyan. Shavarsh and Hakob would have been part of the ceremony’s graduating cohort.

“Class of 2020 and Class of 2021, today’s ceremony marks the conclusion of your time as AUA students. You have put in extraordinary hard work and made remarkable accomplishments. You have shown that even when the world around us collapses, you have strong character, and you are standing steadfast to be prepared to have your contribution in society. During your time at AUA, you have acquired tools and skills to remain learners for life. Now you will become AUA alumni, and you will always remain a cherished part of our AUA family,” shared President Markides.

Following the President’s remarks, Dr. Lawrence H. Pitts, the Chair of AUA’s Board of Trustees and the former Provost and Executive Vice President for Academic Affairs of the UC system, extended virtual greetings from the University of California. President Markides also thanked the U.S. Agency for International Development (USAID) for their continued support and partnership in development of the University, most recently in the opening of the USAID/ASHA-funded AUA Student Residence.

A touching commencement address was delivered by keynote speaker USAID Administrator Samantha Power. “After this past year, there is no doubt that you are ready to confront whatever comes your way. You should not have to demonstrate this much resilience so early in your lives, but you have, inspiringly so. You’ve stuck together to overcome these demanding circumstances, and I hope that gives you a sense of pride — the same pride that your teachers, administrators, parents, and friends must feel in you,” she said. 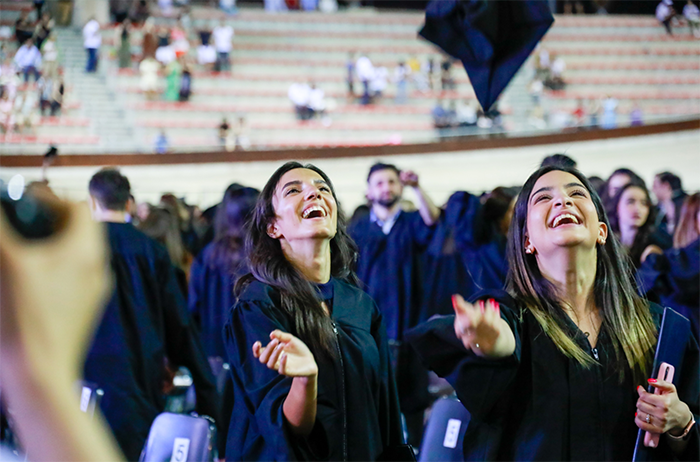 The commencement ceremony continued with inspiring valedictory addresses in Armenian and English by valedictorians Tamara Sedrakyan (BAB ‘21) and Anna Martirosyan (MSE ‘20). “Today we set foot on a great life together, honorably bearing the title of a graduate of the American University of Armenia. I am confident that many of us will play an important role in the development of our economy and the strengthening of the homeland in this difficult time. I believe that in difficult times, as the new generation, we must give hope and new prospects for progress,” Sedrakyan shared in Armenian.

Following the valedictory addresses, President Markides presented a series of awards. Beginning with the Teaching Excellence Prizes, the 2020 winners were Dr. Vahe Odabashian, Adjunct Lecturer in the Manoogian Simone College of Business and Economics (CBE), and Dr. Rafik Santrosyan, Assistant Professor in the College of Humanities and Social Sciences (CHSS). The 2021 winners were Dr. Michael Kouchakdjian, CBE Professor and Director of the Entrepreneurship and Product Innovation Center (EPIC), and Christian Garbis, CHSS Lecturer. Dr. Donald Fuller, Senior Professor in the Political Science and International Affairs (PSIA) program, was awarded with the Research Initiation Award for 2020. Dr. Alexander Grigoryan, Associate Professor in CBE, and Knar Khachatryan, Associate Professor in CBE and Program Chair of the Bachelor of Arts in Business program won the Research Initiation Award for 2021. The Vartkess M. Balian Merit Award, established to recognize the best overall performance among the students, was awarded to Natella Gharibyan (SPH ‘20) and Izabella Khachatryan (LL.M. ‘21). Finally, the AUA Presidential Commendation Award, which recognizes and honors an individual who has made extraordinary contributions in advancing education, research, and outreach, with a particular impact on Armenia, was presented to Gerald Turpanjian. His great contributions to Armenia and AUA include the construction and furnishing of AUA’s Paramaz Avedisian Building and the establishment of an endowment fund and the naming of the Gerald and Patricia Turpanjian School of Public Health (SPH).

The commencement ceremony culminated with the triumphal conferrals of certificates and degrees to the undergraduate and graduate classes of 2020 and 2021 by AUA’s program chairs and deans. The graduates were overjoyed upon hearing their names called and receiving their diplomas. President Markides gave encouraging concluding remarks to the new graduates, urging them to “Embrace the opportunities that come your way and use the platform you’ve earned to change the world for the better.” The graduation ceremony ended with the traditional gesture of graduates throwing their caps into the air, symbolizing their journey to a bright future. Following the conclusion of the commencement ceremony, Lav Eli band performed a festive concert during which the new graduates danced and celebrated their achievements together. 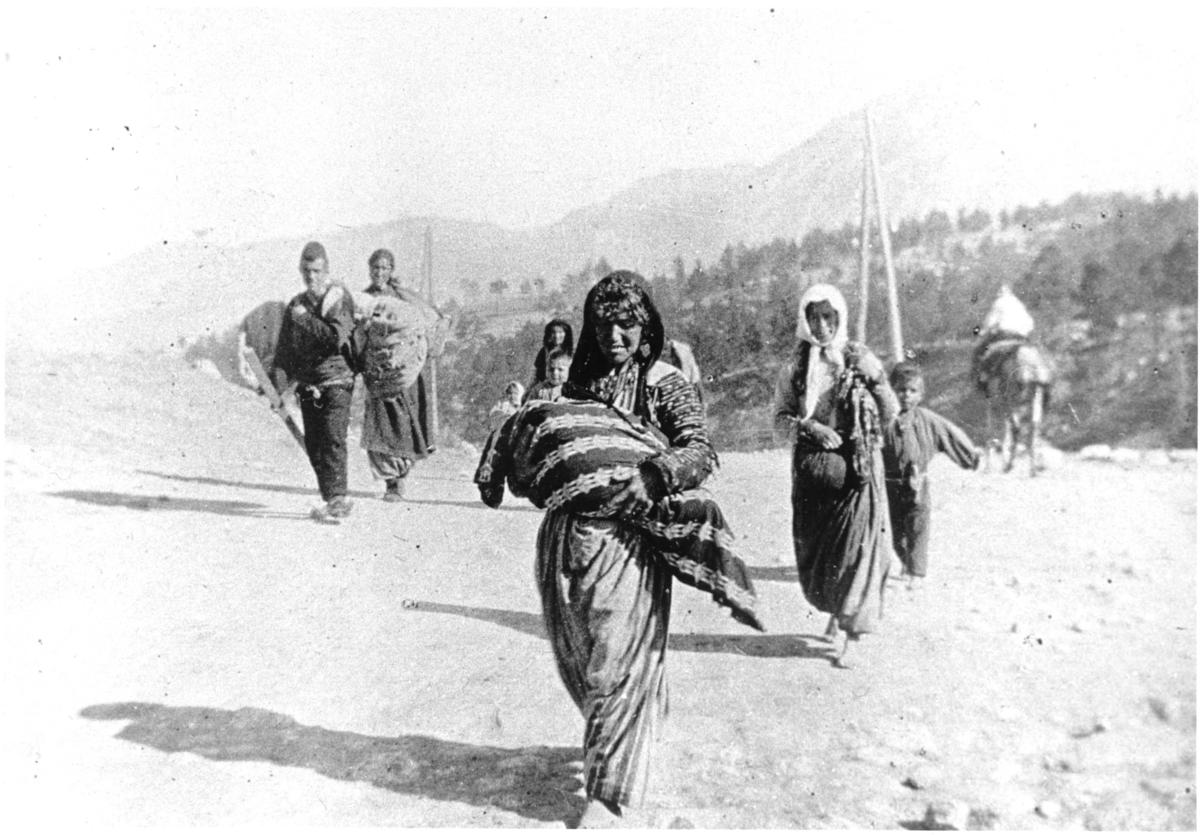 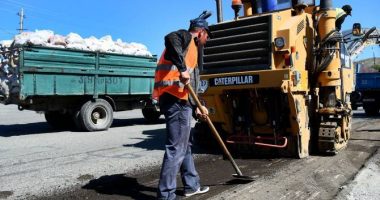 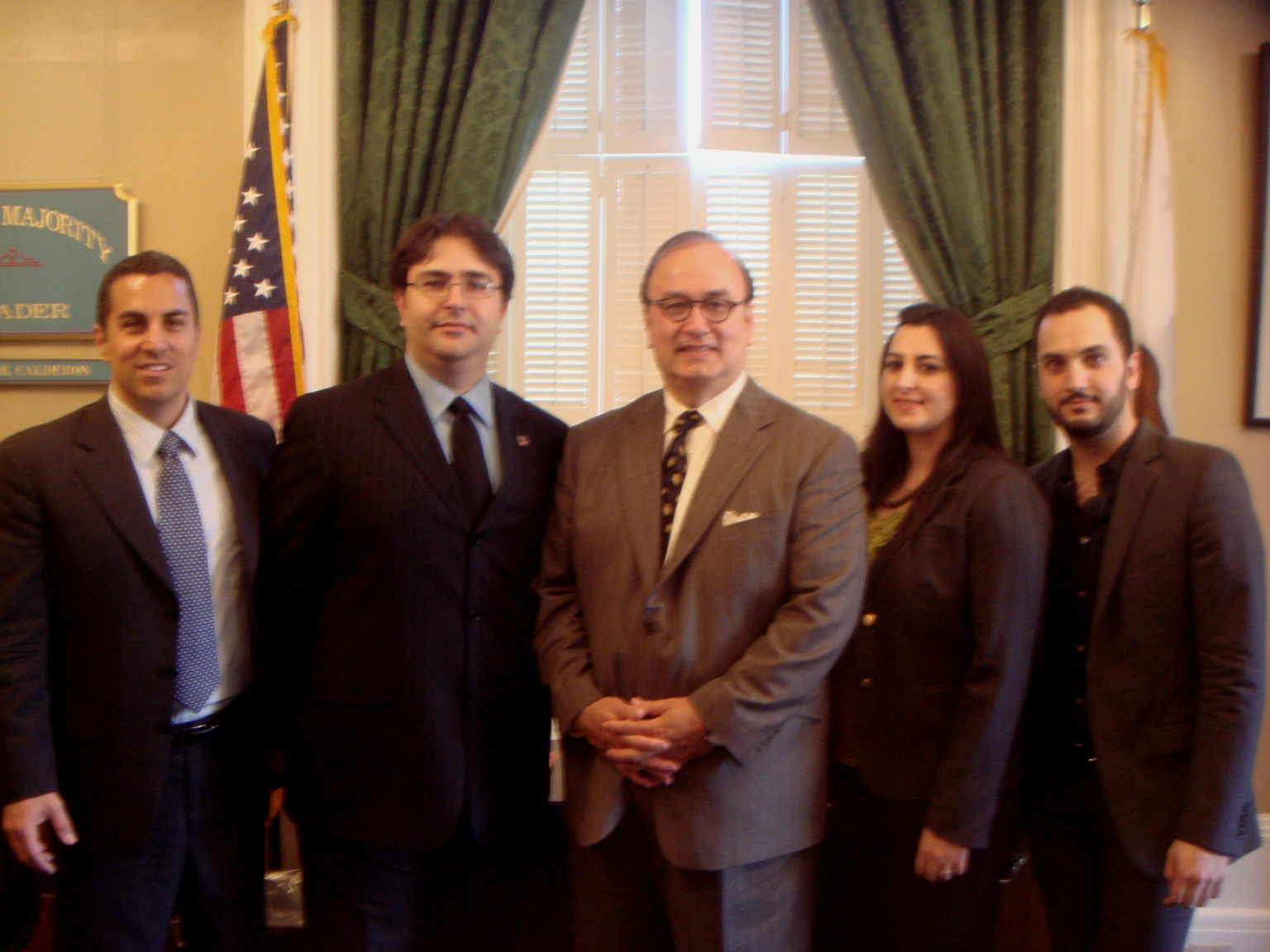