YEREVAN — The Armenian government on Thursday, allocated 720 million drams (US$1.515 million) in compensation to victims of the March 1-2, 2008, post-presidential protests in Yerevan.

The money was allocated from the Government Reserve Fund to the Ministry of Justice.

Justice Minister Rustam Badasyan said the successors of those citizens who died in the wake of the post-election clashes will receive 30 million drams (US$63,000), those who suffered severe injuries – 15 million drams and the persons who sustained minor injuries – 5 million drams.

PM Nikol Pashinyan asked Justice Minister Badasyan about the expected timeframes of completing the works, and Badasyan said they will launch the procurement process immediately after receiving the funds.

Pashinyan once again stated that this is not compensation, but assistance.

“My position is that given the well-known circumstances we should make decisions on the compensation issue based on the decisions made by the European Court of Human Rights. It’s very important to make maximally objective decisions on this matter,” he said.

“But since we don’t know when the ECHR will make decisions on these matters, it shouldn’t seem as if our government doesn’t take any measures to render help to the March 1 casualties, thus we make this decision based on the law passed by the National Assembly. In the end, we will close the matter of compensation for damages based on the ECHR decisions. In fact, this is an interim decision,” he added. 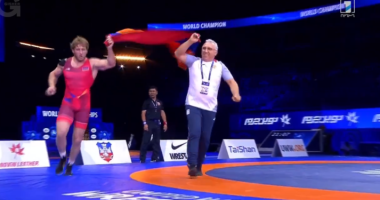