I was detained by Armenian police, in the capital city of Yerevan on July 27, 2016, while photographing a rally for democratic rights and social and political reforms. This random, unjustifiable arrest made me realize that as an artist and human rights activist, it is my responsibility to speak out about issues essential to the stability, unity and perpetual sustainability of the Armenian homeland. I also realized we are overdue in re-examining the nature of the Armenian Diaspora’s engagement with its homeland.

On this 25th anniversary of independence, there are huge social, political and economic obstacles deeply challenging and taxing the livelihood of the Republic of Armenia.

The country has major internal problems due to systemic corruption, nepotism and an oligarchic economy, where power and wealth remains in the hands of a few. Absence of equitable rule of law and upward social mobility combined with the suppression of freedom of speech and thought as well as civil liberties and rights, have all further exacerbated an already intolerable situation in the Republic.

There are other alarming factors fomenting Armenia’s domestic and foreign problems. Lack of natural resources, an economic blockade by Turkey and Azerbaijan, geopolitics of superpowers in the region, adversarial neighbours, a ‘no war no peace’ situation at its border with impending and continued international pressure in the peace negotiations for Nagorno Karabakh Republic, have all thwarted international interest in the twin Armenian republics. These circumstances have created an existential impasse where public mistrust, resentment and fear coupled with inadequate economic and social welfare, have resulted into desperate acts of defiance and outrage.

This deadlocked situation and the sudden incursion of Azeri forces beginning of April, 2016, that caused the death of over one hundred soldiers along with the loss of some 800 hectares of land to Azerbaijan, led to a group of gunmen to take over a police station in Yerevan on July 17, 2016, as an act of last resort after exhausted attempts at promoting change through political movements.

The subsequent expression of public support for the group’s extreme measures illustrated the level of the frustration that has been percolating in Armenian society in the face of governmental indifference and negligence towards the plight of the people. In short, the citizens of Armenia have widespread misgivings about their government and have ceased to believe that their children and grandchildren can have sustainable and dependable living conditions or a future in their ancestral homeland.

Hundreds of thousands are leery about the ruling elite and the questionable, constitutional legitimacy of those in power. Over a million people or one third of the population, have opted quietly, for an exit strategy from the country causing massive depopulation and brain drain of the cream of the crop of our homeland . The preservation and the security of the Republics of Armenia and Artsakh is alarmingly threatened as a consequence.

Citizens and civil organizations who are fighting ongoing indignation or injustices on the ground are calling on the 8-million–strong Armenian Diaspora and its institutions for attention, participation and support.

For years now, citizens of the Republic and a spattering number of Armenians from the Diaspora have been demanding honest and fundamental reforms to the much-too-fragile social contract between the government and the people it’s supposed to represent. They are calling for these changes to remedy the country’s ills and misfortunes — all brought upon by systemic and abusive practices at all levels of state institutions.

Time and again, I have been urged by our compatriots in Armenia that the Diaspora takes upon itself and share the responsibility to pay heed to these circumstances and positively contribute to their efforts in rehabilitating this untenable and explosive environment.

So how can the Diaspora participate in a direct and impactful way toward positive social and political paradigm shifts in Armenia?

Defending human rights, civil rights and rule of law is the prescient and effective way. A simple step will be for independent volunteers from across the Diaspora to go to Armenia in the spring of 2017 and man every polling station at the upcoming parliamentary elections. This on the ground engagement in support of our compatriots should be the priority of every Armenian and their institutions worldwide in order to promote and secure fair and free and transparent elections in the country.

All deployed participants should be non-partisan observers, participating at their own expense and whose sole interest and responsibility is to oversee the election process from the dropping of ballots into boxes, to the counting votes at the closing of the polls. This is a direct and constructive involvement that can help eliminate electoral fraud or vote rigging.

The role of the observers who will work with Armenian civil associations, non-governmental organizations, and anti-corruption bodies is vital and imperative to the process. These observers will be armies of democracy, joining local groups that have the knowledge, the experience and the acquired wisdom from past elections in carrying the work from the ground up.

In the crucial months leading to the next parliamentary elections, voters throughout the country should be provided extended civic education programs about the importance of their participation in a transparent electoral process. They should be encouraged to learn about their privileges and options, and their power to influence with their votes the election’s outcome. They should be brought to believe that this civic duty can and must be carried out without bribery and bullying in the full dignity of their rights.

The protection of these basic human rights of inalienable freedom is closely linked to furthering long-term, sustainable development. It is an instrumental and first crucial step in attaining a true democracy in Armenia.

Diasporan leaders, scholars and activists and specially those coming from Western democracies can help organize and secure training and expertise to implement fair and free elections. They can play a key role in translating the best practices from their adopted countries of residence to practices in Armenia that promote rule of law.

The Central Electoral Commission on the other hand is one good place for those in power to begin implementing democratic safeguards as a gesture of good will. In doing so they will start to build confidence and trust within the electorate, that their vote will not be rigged and that their voice can in fact help secure much needed fundamental change to the existing system.

The upcoming parliamentary elections in May of 2017 will give the Armenian government an ultimate opportunity to take the first and honest transformative steps to conduct transparent elections in the most expedient and effective manner.

Those in power should and must refrain from manipulating or using non-democratic procedures that can lead to the falsification of election results. The Republic of Armenia is a signatory to many conventions and treaties, which stipulate compliance with democratic procedures. Thus, the Republic is obliged by international laws to hold fair and free elections.

It is by engaging in this process as a facilitator that the Diaspora can and will help the Republic of Armenia’s newly elected government to earn respect and legitimacy with its citizens, and with the international community.

On the other hand, a transparent election process will turn citizens into stakeholders and give them a sense of ownership of democratic practices. It will also provide them with hope for a better future and a compelling alternative from the dismal, hopeless prospects they now face.

At this crucial juncture of so many challenges in the homeland, the Diaspora cannot plead ignorance. The Diaspora must not be an ambivalent bystander. Armenians around the world must not avoid or neglect the pleas from our compatriots. The Diaspora must no longer ignore the perils of inaction. We can never say we did not know. We can never say we were not offered a chance to participate in these formative years of our collective future.

As I finish writing this letter, I come across a call from President Serzh Sarkisian in a recent statement published in Diaspora papers: “… I believe, we must not limit ourselves to resources within our ranks and for the resolution of issues before us we must seek and find individuals and people who are able and willing to shoulder responsibilities for the difficult tasks, regardless what part of the world they are.”

I rest my case.

I urge volunteers in the Diaspora to get in touch with Citizen Observer Initiative through Transparency International in Armenia, make plans and commit to being in Armenia as volunteer observers during parliamentary elections next April and enroll as soon as possible by writing to [email protected] until a volunteer registration platform is built online.
All emails/registrations are also to be cc’d to: [email protected] to help share interest in volunteering with other organizations working similarly on transparent election initiatives.

In the name of our nation, we all have an opportunity to commit to the ideals of action and advocacy so that Diaspora and Armenia are brought closer — much closer than they are today. 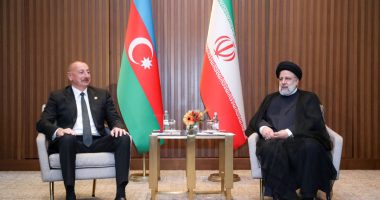 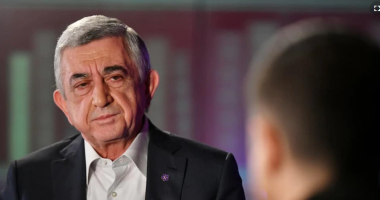