Bako Sahakian: Karabakh Will Deal Next Necessary Blow if Azerbaijan Breaches the Ceasefire

STEPANAKERT — Azerbaijan distorts the essence of the Karabakh conflict, presenting it as a territorial dispute, NKR President Bako Sahakian told a press a conference in Stepanakert on Thursday. Stating “We are struggling for our Motherland, not territories.”

Sahakian said that the ceasefire, which took effect on Tuesday, is “largely holding” despite sporadic gunfire from Azerbaijani forces deployed along “the line of contact” around Karabakh. “If Azerbaijan again breaches the ceasefire, then the armed forces of the Nagorno-Karabakh Republic … will deal the next necessary blow to the enemy,” the Karabakh leader warned.

“Armenia has a strategic document, which clearly mentions that it is the guarantor of Nagorno Karabakh’s security,” Bako Sahakian said. He added, however, that there is no conflict in the world that could be solved without the participation of the main role-player.

“The conflict is not between Armenia and Azerbaijan, it is a conflict between Nagorno Karabakh and Azerbaijan. Armenia was later artificially dragged into it,” Bako Sahakian said.

“I am grateful to the global community for the relative peace that lasted until April 2, but I have expressed my dissatisfaction that the format of the negotiations is flawed and it is not allowing to achieve real progress in the settlement process,” Sahakian said.

“We cannot have different approach towards the side that doesn’t respect the agreement. Having said that, we continue to be faithful towards any peaceful solution to the conflict, having into consideration our opinion and requirements”, added NKR President. 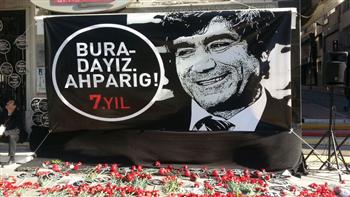