Glendale Armenians Featured in New Anthology about “Getting Old”

KY Publishing of North Carolina has announced the publication of “Getting Old”, an anthology that takes a “brutally honest” look using “a range of voices [to] ponder the ravages of the body, familial duty, love, grief, and mortality,” according to Ashley Parker Owens, the editor. The book compiles works of fiction and poetry in its pages to focus attention on “a worthy goal and one that evolves over years of searching, sacrifice, and maybe even satisfaction.”

While most of the writers included in “Getting Old” are from the United States, contributors from as far as China and Saudi Arabia also appear in its pages. Four writers from the Los Angeles area—including Bill Cushing of Glendale—were honored in the book. Cushing, who has two poems in this anthology, has lived in Glendale since 1996 to marry Dr. Ghisela Bravo. The couple has a 14-year-old son now in Hoover High School.

“One poem, ‘With Dad,’ is a very personal one that came out of the time of my father’s death,” he said.

“The other is ‘The Ancient Flocks of Wilson Street’ and I’d call it an observation of aging itself. It should connect with many Glendale residents as it is based on something regularly seen on a street corner in town.”

Getting Old (ISBN 978-151481-9470) was released in September. Its print version is listed at $16.99, but it will also be available on both Kindle and as an e-book. Inquiries concerning the anthology may be directed to either Cushing (contact information above) or Parker Owens at [email protected]

The Ancient Flocks of Wilson Street By Bill Cushing
(Observations from living in Glendale, California, a city with a large Armenian community)

They flock
to the park
cloaked in black,
perched on benches in the Winter sun,
the bills of their ball caps, like beaks,
dip in and out.

Like grackles
surrounding bread crumbs,
the ancient Armenians
ease their emotional baggage—
too young to remember
but old enough to recall those
who lived through
or died from
the Turkish carnage.
Surrounding the tables
filled with scattered dominoes,
on Christmas eve,
the old men chatter
about the old country
and its new destruction,
moving and
connecting
the ivory bones
with brittle fingers.

This little plot is now
their patch of earth,
and as
territorial
as the chastising mocking birds,
they chase strangers
from the grounds,
children
from weathered monkey bars. 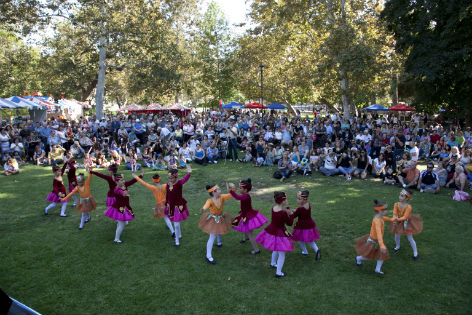 GLENDALE, CA – In celebration of the 20th anniversary of the Independence… 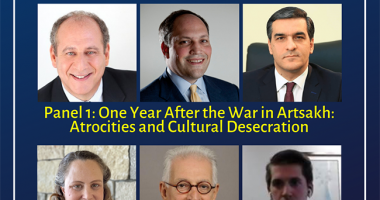 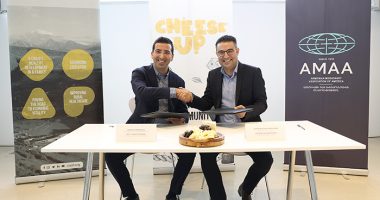