VATICAN CITY (RFE/RL) — Pope Francis has used the word “genocide” to describe mass killing of Armenians under Ottoman rule in WW1 100 years ago, at a Vatican church service.

Pope Francis remembered the victims of “that immense and senseless slaughter” at the start of the Mass at St. Peter’s basilica, which was attended by President Serzh Sarkisian, the supreme heads of the Armenian Apostolic Churches and hundreds of Armenian Catholics.

“It is necessary, and indeed a duty, to honor their memory, for whenever memory fades, it means that evil allows wounds to fester. Concealing or denying evil is like allowing a wound to keep bleeding without bandaging it,” he declared.

The pontiff spoke of “three massive and unprecedented tragedies” of the past century. “The first, which is widely considered the first genocide of the twentieth century, struck your own Armenian people, the first Christian nation, as well as Catholic and Orthodox Syrians, Assyrians, Chaldeans and Greeks,” he said.

“Bishops and priests, religious, women and men, the elderly and even defenseless children and the infirm were murdered. The remaining two were perpetrated by Nazism and Stalinism.”

Humanity, he went on, did not learn lessons from those tragedies as evidenced by the mass killings in Cambodia, Rwanda, Burundi and Bosnia later in the 20th century. “Sadly, today too we hear the muffled and forgotten cry of so many of our defenseless brothers and sisters who, on account of their faith in Christ or their ethnic origin, are publicly and ruthlessly put to death … or forced to leave their homeland,” he said in a clear reference to the beleaguered Christian communities in Iraq and Syria.

Pope Francis’s characterization of the 1915 mass killings and deportations of Armenians was in tune with his views on the subject repeatedly voiced in the past. He publicly called them “the first genocide of the 20th century” in 2013 just a few months after becoming supreme head of the Roman Catholic Church.

The two-hour Mass was concelebrated by Armenian Catholic Patriarch Nerses Bedros XIX and featured medieval Armenian religious hymns performed by two choirs from Gyumri. Underlining its ecumenical spirit, Catholicos Karegin II, Catholicos Aram I and over a dozen bishops of the Armenian Apostolic Church sat in a place of honor in the basilica along with President Sarkisian.

In another unprecedented development, Catholicos Karegin II and Catholicos Aram I embraced Pope Francis at the altar and delivered sermons at the end of the ceremony broadcast live to Armenia.

“Our ancient people were uprooted from their cradle and historic homeland and scattered around the world,” Catholicos Karegin II said in reference to the Armenian genocide. “Our centuries-old Christian heritage was torn down, destroyed and seized.”

“However, nothing — neither suffering, nor persecution or even death — forced our people to renounce their sacred faith,” he added.

Both Armenian Church leaders expressed their “deep gratitude” to the Roman Catholic Church for its attempts to stop the genocide and support its survivors. They specifically paid tribute to Pope Benedict XV who protested to Ottoman Sultan Mehmed V against the massacres.

“We will never forget the continuous concern, assistance and solidarity of the Church of Rome towards Armenians — that is to say towards justice,” said Catholicos Aram I.

Pope Francis also honored Armenia and its worldwide Diaspora by bestowing the title of “Doctor of the Universal Church” on St. Gregory of Narek, a 10-11th century Armenian cleric renowned for his religious writings. Only 35 Christian figures have received the Catholic title to date. A large picture of Gregory was put on display during Sunday’s Mass.

Effective on October 18 from 00:00 local time, Armenian and Azerbaijan agree… 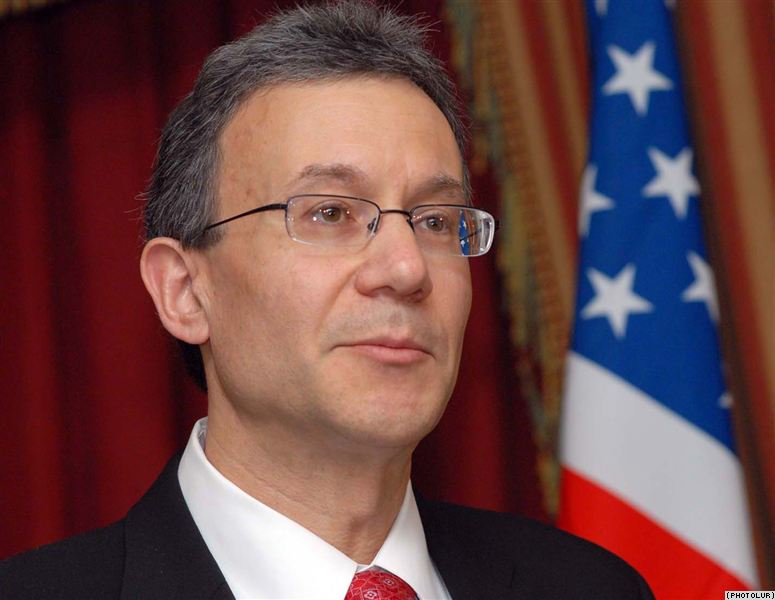 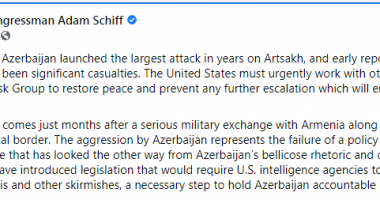