STEPANAKERT — The Nagorno-Karabakh Defense Ministry has released photographs of several rocket-propelled grenade launchers, an assault rifle with a night-vision scope and other ammunition which it said had been left on the battlefield by the Azerbaijani commandos who launched a deadly attack on Defense Army positions on March 19. The Karabakh army also identified two Azerbaijani soldiers killed by its forces.

Armenian media reports citing military sources in Stepanakert, spoke of between 7 and 14 Azerbaijani servicemen killed in what was the most serious instance of truce violation in the Karabakh conflict zone reported since August.

Three Armenian soldiers were killed and four others were wounded in Nagorno-Karabakh that day in a fierce firefight. According to the statement issued by the Nagorno-Karabakh Defense Ministry, Karabakh forces repelled the attack in a two-hour-long engagement and pursuing the enemy group destroyed it on the approaches to its own positions.

Azerbaijan’s Defense Ministry was quick to deny attacking Karabakh Armenian positions in the area. It also claimed that its troops killed and wounded about 20 Armenian soldiers as they thwarted armed “provocations” organized by the Armenian side.

Later in the day, Azerbaijani Defense Minister Zakir Hasanov visited a military hospital in Baku and talked to wounded soldiers undergoing treatment there. Hasanov’s press office said the visit was connected with a public holiday.

In Yerevan, meanwhile, Armenian Foreign Ministry spokesman Tigran Balayan accused Azerbaijan of again heightening tensions along “the line of contact” around Karabakh in defiance of international mediators’ efforts to bolster the shaky ceasefire regime there. Balayan said that Baku will bear responsibility for all consequences of the renewed escalation.

“The Armenian side is prepared for any development of the situation,” Armenia’s Defense Minister Seyran Ohanian said in written comments on the incident. “But I see no danger of large-scale hostilities.”

Ohanian said that Azerbaijani incursions regularly reported by the Armenian military are “reckless in the military sense.” He also accused Baku of hiding its combat casualties to avoid a domestic backlash against what Yerevan claims is a deliberate policy of escalation. 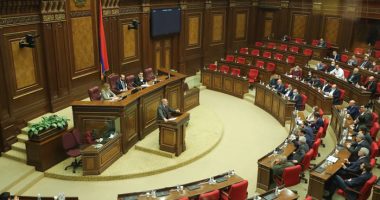 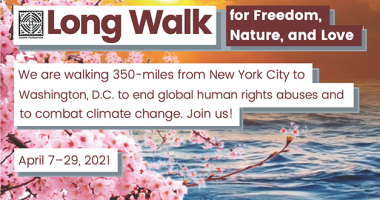 STEPANAKERT — Minister of Foreign Affairs of the Republic of Artsakh David…