YEREVAN (RFE/RL) — A fugitive Russian soldier suspected of murdering six members of an Armenian family in Gyumri was reportedly detained on Monday night less than 24 hours after a manhunt launched for him in Armenia.

Raffi Aslanian, a senior prosecutor based in Armenia’s second largest city, told RFE/RL’s Armenian service (Azatutyun.am) that Valery Permyakov was spotted by Russian border guards deployed along the nearby Armenian-Turkish frontier. Aslanian said Permyakov was taken into Russian military custody. He gave no other details.

The Armenian police confirmed the arrest of the key suspect in the shooting spree that also left an infant, the youngest member of the family, gravely wounded. News.am quoted a police spokesman in Yerevan as saying, however, that Permyakov was caught “as a result of joint measures” taken by the border guards and Armenian security forces. He did not elaborate.

It was not clear whether the suspect will avoid prosecution in Armenia and stand trial in Russia instead. The Russian Defense Ministry hinted at such a development in its official reaction to the shootings. It said an ad hoc Russian commission led by First Deputy Defense Minister Arkady Bakhin will fly to Armenia to investigate the crime.

According to the Armenian Defense Ministry, Defense Minister Seyran Ohanian will travel to Gyumri on Tuesday to meet with the commission members. 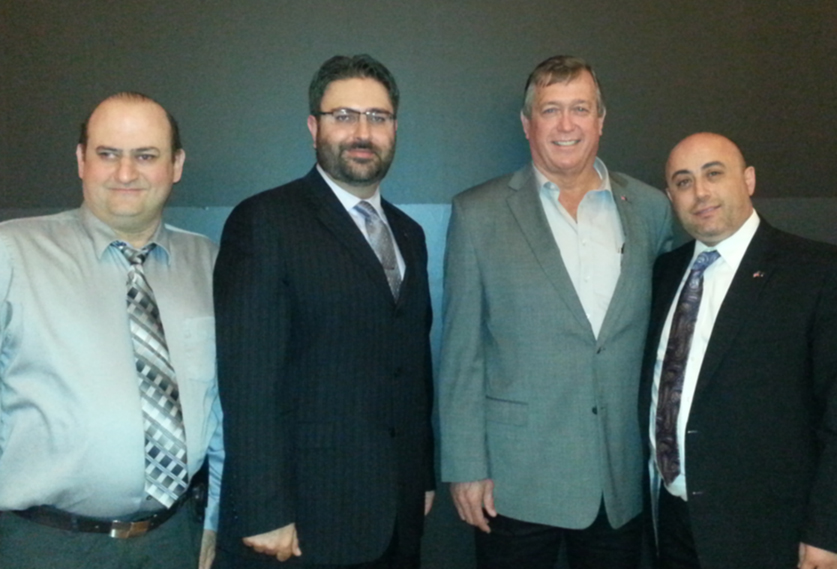