STEPANAKERT — Authorities of the Nagorno-Karabakh Republic (NKR) have on numerous occasions expressed their grave concern over the fraudulent campaign by Azerbaijan aimed at distorting the essence of the conflict between Azerbaijan and Nagorno Karabakh and misleading the international community. This campaign expands from year to year introducing new sophisticated methods of falsifications, provocations, and revanchist threats.

The most recent examples of such a propaganda campaign are the circulation of the July 26, 2013 A/67/943-S/2013/442 letter in the United Nations Organization calling upon the UN Member States to warn their citizens against visiting the NKR “without the prior authorization of the government of Azerbaijan” as well as publication of a list of people declared personae non gratae by the Ministry of Foreign Affairs of Azerbaijan because of their visits to the NKR. This list of 335 individuals from 41 countries includes members of parliaments, prominent public figures, culture and art professionals, journalists, students and tourists.

In this respect the Ministry of Foreign Affairs of the NKR deems appropriate to state the following:

The NKR is an independent state with a population, which should not be deprived of a possibility to exercise its fundamental human rights under any circumstances as it is enshrined in the Article 2 of the Universal Declaration of Human Rights, which states that “no distinction shall be made on the basis of the political, jurisdictional or international status of the country or territory to which a person belongs, whether it be independent, trust, non-self-governing or under any other limitation of sovereignty”.

People of Nagorno Karabakh established their state exercising their inalienable right to self-determination in full compliance with the norms and principles of the international law and acting upon the then effective constitutional and legal framework of the Soviet Union. Since the very first day of its establishment the NKR, unlike Azerbaijan, has assumed the course of building a democratic State ensuring all the rights and freedoms for its citizens. The NKR leadership intends to continue the policy of comprehensive development of the Republic and its democratic institutions, and has repeatedly expressed its readiness for mutually beneficial cooperation with all interested parties.

From the very beginning, Azerbaijan rejected any possibility of a civilized dialogue with Nagorno Karabakh and adhered to the policy of settling the conflict between Azerbaijan and Nagorno Karabakh through the application of brutal, unproportional and indiscriminate force against the civilian population. It carried out ethnic cleansings in Nagorno Karabakh proper and Armenian-populated areas of Azerbaijan, unleashing full-fledged military aggression against Nagorno Karabakh.

Despite the ongoing negotiation process and commitments undertaken since the conclusion of the cease-fire agreement, the Azeri leadership continues to interpret selectively the norms and principles of the international law, thus escalating tension and mistrust, as well as ignoring the existing realities. Deluded by its language of threats and hostility, Azerbaijan has made a step forward in a wrong direction, and threatens with sanctions against the third countries nationals visiting the NKR. Such a policy of Azerbaijan fits perfectly into the logic of its domestic human rights record that it is striving to impose upon foreign citizens.

These highly irresponsible steps thwart any attempts to establish an atmosphere of trust between the NKR and the Republic of Azerbaijan, which would be essential for the peaceful resolution of the conflict. They also hinder the ongoing mediation efforts by the Minsk Group Co-Chairs of the Organization for Security and Cooperation in Europe (OSCE) to find a comprehensive and lasting solution to the conflict between Azerbaijan and Nagorno Karabakh.

It is meanwhile worth to mention that in spite of the artificial impediments created by the Azeri side, the number of tourists visiting the NKR steadily grows: throughout its independent history tens of thousands of foreign citizens have already visited the NKR, which testifies the safe and secure environment established by the freedom-loving people of Nagorno Karabakh, and growing international interest to the rich cultural and historical heritage of our native land. It is essential to note that the crime rate in the NKR is one of the lowest in Europe, and no serious accident has ever been registered in our country with participation of a foreign citizen.

The Ministry for Foreign Affairs of the NKR urges the authorities of Azerbaijan to abandon counterproductive attempts to hinder visits of foreign nationals to the NKR, and direct its energy and resources wasted on such groundless and provocative actions towards settlement of substantial issues between the parties to the conflict thus promoting peace and stability for the whole fragile region of the South Caucasus.

The Ministry for Foreign Affairs of the NKR welcomes and encourages the visits of foreign nationals, both officials and tourists, to the NKR. Such visits and people to people contacts in general  contribute to the creation of an atmosphere of confidence and co-operation in the region and are essential for the international community to get truthful and objective information about the NKR. 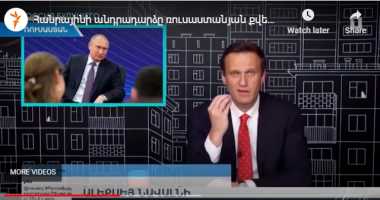 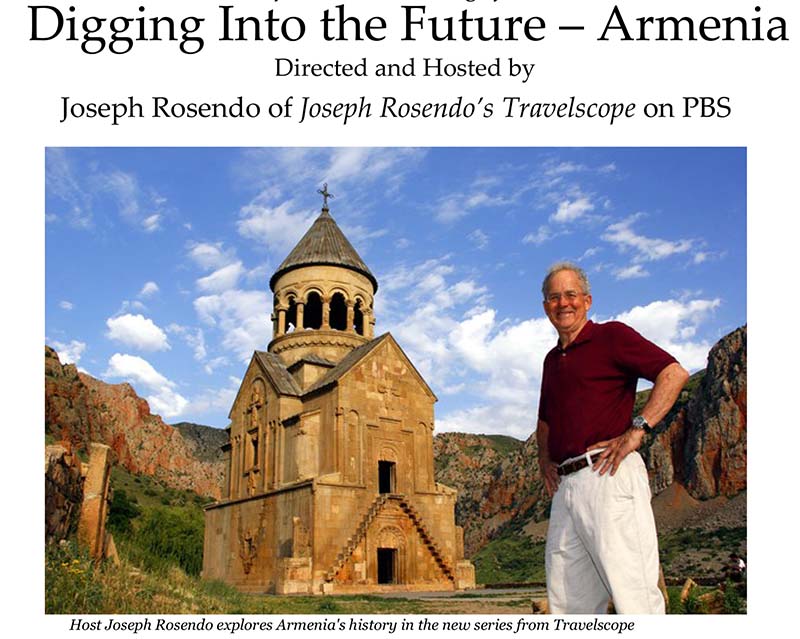