On January 18, 2012, Massis Weekly/Massis Post, joined 75,000 blacked out websites in protest of SOPA/PIPA. As the official publication of the Social Democratic Hunchakian Party of the Western Region of the United States of America, serving as a primary news source to the Armenian communities in the US, Armenia and the rest of the world; Massis publishing believes it is the responsibility of everyone to combat censorship of the press and restrictions to media outlets throughout the world.

The United States should be a role model to developing countries who lack or have not yet truly established freedoms of the press; such as Armenia. The following article found in media.am highlights the dangers that SOPA/PIPA can have even on Armenia’s internet. 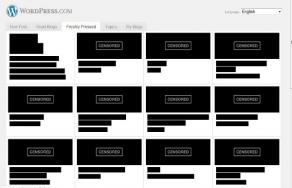 On Jan. 18 she was unable to access Wikipedia’s website: the site was down, it’s page blacked out with the text “Imagine a world without free knowledge. Right now, the US Congress is considering legislation that could fatally damage the free and open Internet.”

On that day, 75,000 websites were blacked out, including Google, Mozilla, and WordPress, many of which had the word “censored” on their landing page. This is how websites were fighting possible censorship of the Internet, which the legislation Stop Online Piracy Act (SOPA) being considered in the US Congress and the PROTECT IP Act (

The purpose of SOPA and the Preventing Real Online Threats to Economic Creativity and Theft of Intellectual Property Act (PIPA’s full title) is to give the government and copyright holders additional tools and leverage to block access to rogue websites that offer infringing or counterfeit goods, especially those registered outside the US.

According to the legislation, any Internet user, including Internet service providers, search engines and Internet advertising services, upon a court order, would be obliged to stop offering services to the rogue site, ceasing any collaboration [being obliged to remove or disable access to the site, stop financial transaction providers (through Paypal, Visa and so on) to stop processing transactions to the site, remove it from search engines, remove active links to the rogue site and so on]; otherwise, collaborating sites would be considered accomplices. And being a crime, the maximum punishment is up to 5 years in prison.

Opponents say the proposed legislation violates the First Amendment of the US Constitution, introduces censorship in the Internet, and threatens freedom of speech and innovation online.

On Jan. 18, the campaign to black out websites recorded unprecedented online activism in the US: 4.5 million people signed Google’s anti-SOPA petition with an additional 1.5 million people signing other similar petitions; 162 million people saw Wikipedia’s blacked out page; 2.4 million tweets on SOPA/PIPA were posted on Twitter; and as a result of the online protest, 35,000 people wrote to their senators and representatives.

The fate of SOPA/PIPA is important for not only the American people and US websites, but also any Internet user. Legislation to introduce censorship on the Internet will have its direct impact also on Armenia. Armenian IT experts are concerned about the consequences of the possible adoption of such legislative acts.

“The Internet is a domain where information and all copyright properties are not only prepared but also shared. And if SOPA is approved, it means that all sharing websites [i.e. sites that contain user-generated content and so on] are under threat and can be shut down at any moment,” said IT specialist Mikayel Ghazaryan.

According to him, Armenian sites are also under threat.

“The Internet doesn’t have a boundary, and that will also impact Armenia because even if Armenia falls outside the influence of the US law, Armenian websites considered to be violating US laws will be removed from Google search results and Armenian users won’t be able to find Armenian sites because they use American search engines,” he said.

IT engineer Norayr Chilingaryan believes that copyright has already lost its contemporaneity and in the digital era its limitations have to be reviewed.

“Copyright laws were established before the digital era, when it wasn’t so easy to reproduce books, images and other copyrighted material and it was possible to draw clear boundaries between copying, simply viewing and distributing. In the digital world, drawing those boundaries is not as easy and, naturally, this legislation wouldn’t be proposed if there wasn’t a substantial discrepancy between the idea of copyright and the modern digital world,” he said.

According to the IT engineer, if there weren’t special amendments to copyright laws, each time a browser displayed any content (text, photos and so on) it would be a violation of law because to display this content a copy would be created in the computer’s memory.

“That is, copyright has already softened because otherwise the World Wide Web wouldn’t exist,” he said. 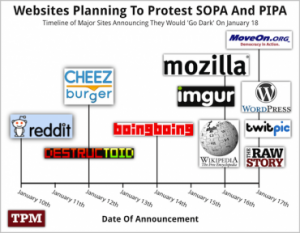 In Chilingaryan’s opinion, SOPA and PIPA are legislative acts that threaten the content of the Internet because if approved, several online resources would be shut down and the amount of useful content would reduce drastically.

P.S. Also joining the Jan. 18 protest against SOPA was the Armenian site Badu.am, having posted the following message (in Armenian): “Today thousands of websites around the world have united against legislation that threatens Internet freedom. The people at Badu also join the protest campaign. Today in the US, tomorrow everywhere, they will sit on our heads while dancing the cha-cha-cha.” 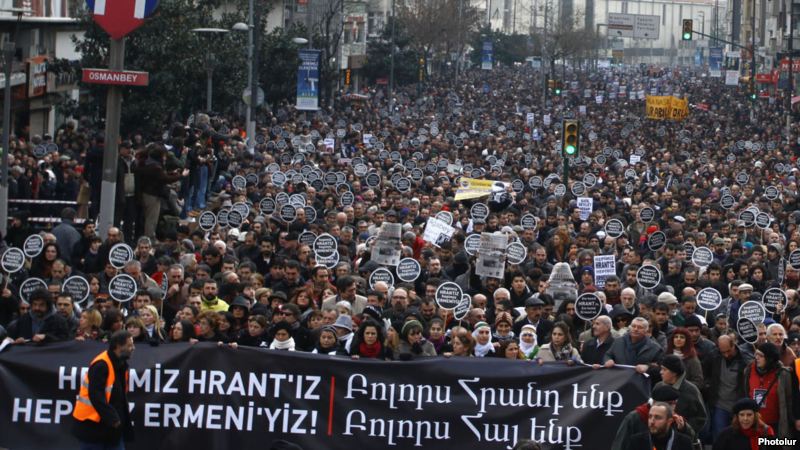 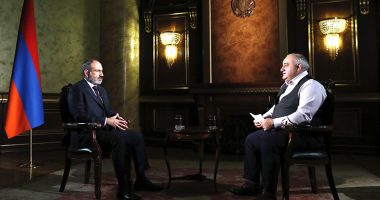 YEREVAN — Armenian Prime Minister Nikol Pashinyan, in an interview with the… 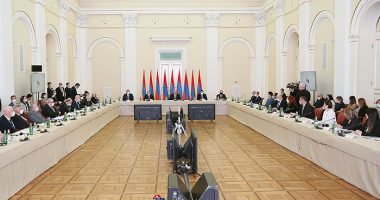