YEREVAN — STARMUS VI Festival, that is going to take place in Armenia this year on September 5-10, is a good opportunity to boost scientific tourism in the country.

From sectoral debates to various concerts, Star Party, etc. All these could bring foreign tourists to Armenia, Co-founder of the Festival Garik Israelian said, while introducing Armenian tour companies on the opportunities to be provided by the Festival.

The meeting held today was also attended by President of the Tourism Committee Sisian Boghossian.

“The main task of the Festival is the communication of science so that science is delivered to the people”, Israelian said.

The scientific Festival particularly gave impressive results in Norway, by engaging a large number of people.

“Many young people and school-children in Armenia are interested in technologies and science. And this Festival is first of all for them in order to engage them. The second reason of holding the Festival in Armenia is to make the country’s image better. We want to do strategic things for the country”, he added.

Garik Israelian said the basis exist in Armenia as the country once had very good science, technologies, but the world is not aware of this. And now the goal is to bring not only scientists but also tourists to Armenia thanks to this Festival.

Israelian is sure that tourists arriving in Armenia could be interested in this scientific Festival because many famous musicians, scientists, Nobel Prize winners will visit Armenia for the Festival. A Star Party will take place in Garni. There will be telescopes after 22:00, a live music and cocktails till late night.

“Armenia is attracting tourists mainly with its monasteries, ancient sites and history. Let’s now try to attract those people who are interested in this Festival”, he said.

Many sites in Armenia, like the Observatory, Karahunj, etc, could attract tourists in this context.

The tour operators were introduced on the agenda of the Festival and the ticket prices. They called this Festival a very good opportunity for creating a new tourism product. According to them, this Festival could bring tourists to Armenia especially from Georgia and Iran, as well as from Russia, Kazakhstan and also the European countries.

Director of one of the travel companies Armen Grigoryan called this Festival a wonderful opportunity for development of scientific tourism. “This is a unique opportunity as very few countries can make some proposals of scientific tourism”, he said, adding that currently the tour-operators are preparing to work with their foreign partners on this direction and to present this new opportunity.

STARMUS is a global festival of science communication and art that brings together the most brilliant minds on the planet. Its aim is to inspire and educate the next generation of explorers and regenerate the spirit of discovery. STARMUS combines art, music and science to enhance the science communication. 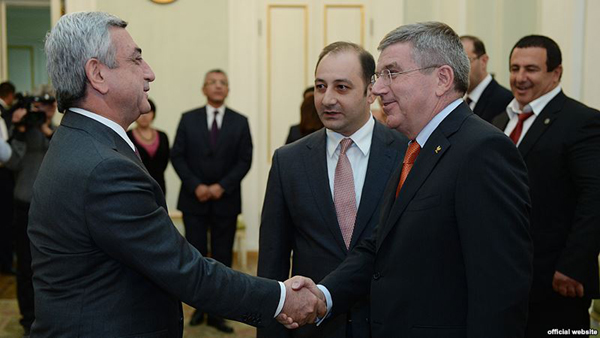