The Society for Armenian Studies (SAS) recently announced the recipients of its Spring 2022 Graduate Research and Conference Grants. The three recipients were Atineh Movsesian, for her research exploring the role of women as patrons at the Gandzasar monastery, Ani Ohanian for her research on the collaboration between Bolsheviks and Kemalists in the South Caucasus region between 1917 to 1923 and Arev Papazian for her research examining the conflictual relationship between environmentalism and the labor and livelihoods of communities around Lake Sevan. Each of the winning recipients received a $1,000 grant awarded by the Society.

Movsesian’s research focuses on the immediate social context of the Gandzasar monastery, an important religious and cultural center in the Republic of Artsakh, by examining its construction and the impact made by women. She explores the role of Khorishah, patron and mother of Prince Hasan-Jalal Dawla, by studying her “literary depiction in the foundation inscription of the church” and “her depiction within the sculptural program on the church drum.” In considering female patronage of the thirteenth century, Movsesian’s research follows and builds upon that of Antony Eastmond and Zaroui Pogossian, who have explored the role of noblewomen in shaping the visual culture of the medieval Caucasus.

Movsesian is a current second-year graduate student in the department of History of Art and Architecture at Tufts University. Movsesian commented on the grant’s impact on her research, “This generous support will enable me to travel and present my research at the Beyond Exceptionalism II conference at the John Rylands Library in Manchester, United Kingdom.” “In these uncertain times, it is important to advocate for the endangered Armenian monuments. Therefore, I am thankful to the Society for Armenian Studies for granting me the opportunity to speak at this conference, which will also culminate in an edited volume,” added Movsesian.

Ohanian’s research looks to address the collaboration between Bolsheviks and Kemalists in the South Caucasus region between 1917 to 1923. She argues, “Bolshevik ambivalence towards the Armenian people and Bolshevik ideology itself as inherently violent, led not only to cooperation with Turkish revolutionaries, but also to support of atrocities against Armenians.” Ohanian examines the separation of Artsakh from Armenian territory came due to Turkish pressure after the Bolshevik conquest of the South Caucasus. Additionally, her research looks towards proving how these relations and collaboration led to such decisions, created the grounds for future conflict and its relation to the recent developments in Artsakh.

Ani Ohanian is a doctoral candidate in the department of Holocaust and Genocide Studies at Clark University. The grant will allow her to travel to Istanbul, Turkey and carry out her research project at the Social History Research Foundation of Turkey, where she will access Turkish Communist Party archives. “Despite my extensive time abroad, I have never had the opportunity to travel to Turkey and I thank SAS for assisting me, not only to access documents crucial for my dissertation project, but also to connect with Armenian history in a more profound way,” said Ohanian.

Arev Papazian is a doctoral candidate in the department of Sociology and Social Anthropology at the Central European University. “The fellowship will be a great support to me and an important motivation to move forward with my research and contribute to the efforts of expanding the field of Armenian studies by incorporating into it pressing themes in contemporary Armenia, such as environmentalism and labor,” said Papazian.

SAS President Bedross Der Matossian congratulated all three awardees: “We are proud to fund such excellent graduate students. The nature and the depth of their work demonstrates the multi-disciplinary aspect of Armenian Studies as a field of inquiry. I would like to encourage all those who are interested in the activities of SAS to help us financially so we can support such promising young scholars to achieve their goal.” 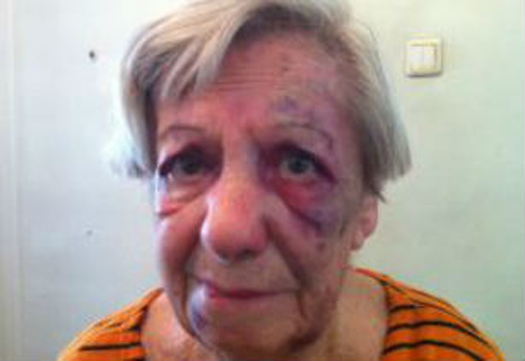 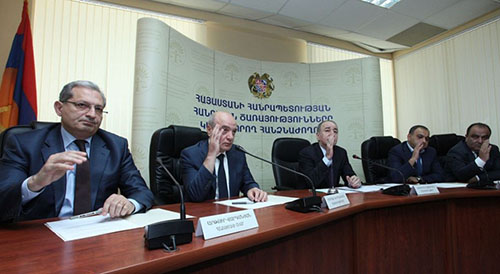