NEW YORK — In 2017, AGBU joined the global conversation about genocide prevention, each year organizing international panels on various themes related to the United Nations International Day of Commemoration and Dignity of the Victims of Genocide and the Prevention of This Crime, which is observed every December 9th.

This year, two such webinars were spearheaded by AGBU Lebanon and AGBU Europe and their respective co-sponsors and partners. In Europe, a four-part presentation was delivered on the legacy of 1922 Nobel Peace Prize winner and longtime advocate of Armenian causes Fridtjof Nansen. From Lebanon, the topic focused on genocide in the context of cultural rights.

Highlights and Insights from Lebanon
On December 7, 2021, AGBU Lebanon hosted a webinar “Genocide Through the Lens of Cultural Rights” in collaboration with the Issam Fares Institute for Public Policy and International Affairs at the American University of Beirut (IFI-AUB), a long-term partner that collaborates with AGBU every year, and the Lepsius Haus for Genocide Studies – Potsdam, which has cooperated with AGBU Europe throughout 2021. The organization has cooperated with AGBU on other projects for Armenia and the Diaspora since 2016.

The webinar featured two 90-minute panels, moderated by Yeghia Tashjian, an Associate Fellow at IFI. Opening remarks were made by AGBU Lebanon Executive Director Arine Ghazarian and Dr. Joseph Bahout, the director of IFI. According to Dr. Bahout, “Contrary to what many could think, culture, heritage, issues of memory, collective identity, are not a side-show…they really are at the core of any sustainable policy construction.”

Dr. Roy Knocke, Deputy Director of Lepsius Haus Potsdam, also remarked on the relation between moral evil and the loss of cultural heritage from a cultural studies and philosophical perspective. He observed how, even though cultural aspects of genocide are not explicitly mentioned in the 1948 UN Convention, there is an historical and contemporary understanding of the concept. He posited that the memories, words, deeds, joys, and sorrows of the past find a permanent place in the world simply because people are able to remember, citing that victims of genocide themselves embody the memory.

Cultural Interventions as Prevention
Dr. Heghnar Watenpaugh, a Professor of Art and Architecture at UC Davis, explored the links between cultural heritage, religious heritage, and human rights from the perspective of art history. She argued that there are close links between the destruction of cultural heritage on one hand, and discrimination, ethnic cleansing, and genocide on the other. “One of the great human rights challenges of the last century has been to bring justice on behalf of communities who have had their cultures destroyed and stolen from them, and to prevent assaults on culture from happening in the first place,” she stated.

She also spoke about the ideal of ‘World Heritage” that emerged from the horrors of World War II, implying that the significant markers of culture belong to all of humanity. This ideal, advocated by the UNESCO, has been criticized for its failure of preventing and deterring the destruction of heritage, underscoring the primacy of states when it comes to decisions regarding the preservation and protection of heritage. To illustrate this, Dr. Watenpaugh provided the examples of the second Nagorno-Karabakh War. There is a clear and intentional cultural destruction by Azerbaijan, which does not allow UNESCO or cultural activists to visit the Armenian cultural and religious sites located in Karabakh.

Museums and Memorialization: Communicating A Form of Ongoing Justice
Dr. Ahmad Rashid Salim from the University of California, Berkeley stressed the importance and the destruction of language and poetry in Afghanistan, especially in light of the Taliban’s return to power in Afghanistan. Though it is a nation of minorities, its official and administrative language had been Farsi until recently, when the Taliban began the process of replacing it with the Pashto language. Dr. Salim described this as “weaponizing language as a tool of erasure, oppression, denial, and prevention to ensure individuals in communities do not succeed in preserving and memorializing history and culture.”

Cultural Intervention in Divided Societies: Stories from Azerbaijan and Armenia
Simon Maghakyan, a researcher and investigator, presented the 15-year cultural destruction in Nakhichevan at the hands of the Azerbaijani. Nakhichevan is rich in its indigenous Armenian heritage and contains 28,000 cultural properties. Mr. Maghakyan used four types of evidence to prove the destruction: satellite images; eye-witness testimony; public decrees or state archives; and crowd-sourced photography showing important monuments and sites such as the largest Armenian cemetery in Nakhichevan called Dulfa. While most of these properties have been annihilated, Maghakyan warned that those remaining are at risk.

Dr. Marcus Papadopoulos, the Publisher and Editor of Politics First magazine and an expert on Russia, highlighted the global indifference and great injustice against the Armenian people during World War 1, saying, “The Armenian Genocide is one of the most overlooked acts of mass murder in human history.” He also noted the limited international reaction back then, but also the fervent denial of the genocide by powerful states such as Britain and Israel, due to political and economic interests.

Dr. Papadopoulos also highlighted various pogroms and mass atrocities perpetrated by the Azerbaijani against the Armenians mainly during the fall of the Soviet Union, and the first Artsakh War, fomented by the anti-Armenian hate speech, a key strategy of the Azerbaijani state, referring to Armenians as ‘infidels’ and ‘animals.’

Legal implications of the cultural destruction in Iraq and Syria
Dr. Ali al Nashmi, an Iraqi researcher and historian, described how “original communities” contributed to the creation of extant cultures, which take hundreds and thousands of years to be established. Therefore, when a small aspect of a culture is targeted, the whole culture is subject to modification or destruction. He also claimed that Christians, Shias, Yazidis, Kurds and Armenians had and still have an important role in shaping the Iraqi culture. As a result, when ISIS targets one of these communities, they are targeting the entire Iraqi culture.

The final speaker Alaa Al Sayed, a Syrian lawyer and activist, showed how various cultural sites in Aleppo such as 400-year old schools, ancient libraries and temples, buildings, statues, churches, and mosques were purposefully destroyed during the Syrian conflict. This cultural genocide did not necessarily target people in particular, but it targeted their deep heritage and physical presence. Al Sayed has initiated a preservation project in Aleppo to digitize information related to its culture, religion, and history. The webinar concluded with questions from the international audience.

Lessons and Takeaways from Europe
On December 9, AGBU Europe, in partnership with the House of European History in Brussels (HEH), hosted a webinar on the life and legacy of Fridtjof Nansen, a Norwegian explorer, diplomat, humanitarian and winner of the 1922 Peace Prize. He is also distinguished as a champion of the Armenian people.

Moderated by Olaf Glöckner, Senior Researcher at the Moses Mendelssohn Centre for European-Jewish Studies at Potsdam University, the lecture was presented by Roy Knocke, historian and newly appointed director of the Lepsiushaus in Potsdam.

Fridtjof Nansen, was a central figure in tackling the refugee crisis after WWI and the collapse of the vast multi-ethnic Austro-Hungarian, Russian and Ottoman empires, during which an estimated 3 million people were left stateless. Quoting political philosopher Hannah Arendt, Knocke noted that the calamity of the stateless refugees, saying, “…it was not they are deprived of life, liberty, and the pursuit of happiness, or of equality before the law and freedom of opinion […] but that they no longer belong to any community whatsoever. Their plight is not that they are not equal before the law, but that no law exists for them.”

A portion of Knocke’s lecture highlighted Nansen’s activities for the League of Nations in the 1920’s, including the repatriation of nearly 430,000 prisoners of war, the creation of the Nansen passport issued to about 450,000 stateless refugees, his contribution to the population exchange policy after the Greco-Turkish war, and finally. his efforts in planning the resettlement of 200,000 Armenian refugees after the genocide.

Though Nansen was convinced that “charity is Realpolitik,” his plan for the resettlement of Armenian refugees in the Caucasus could not find any funding and was eventually abandoned. Yet he did manage to settle 10,000 Armenians in Yerevan and 40,000 in Lebanon.

Noting Nansen’s disillusion in the last years of his life, Knocke quoted a passage of Nansen’s book Armenia and the Near East published in 1928, in which he described the full force of Realpolitik regarding the Armenians. “We have seen that the Western Powers of Europe and the United States of America have given words, and nothing else, by way of fulfilling the promises to the Armenian people which they had made with such solemnity when they needed support in war”. […] But the Armenian people have never abandoned hope; they have gone on bravely working and waiting… year after year. They are waiting still.”

The concluding Q&A session included an audience of scholars, university students, members of NGOs, representatives of the European Commission and institutions as well as members of the Armenian, Jewish and Roma communities in Europe.

This was the final webinar in a series under the European Remembrance project, led by AGBU Europe since 2020, under the umbrella theme “Ideas & Their Consequences: Genocide and International Justice after 1919.” The project was carried out in partnership with the Lepsiushaus in Potsdam, EUJS and Phiren Amenca, with the support of the Europe for Citizens Programme of the European Union. 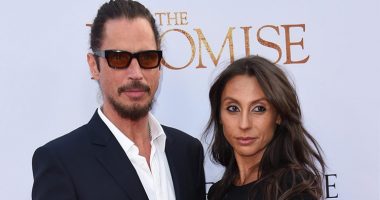 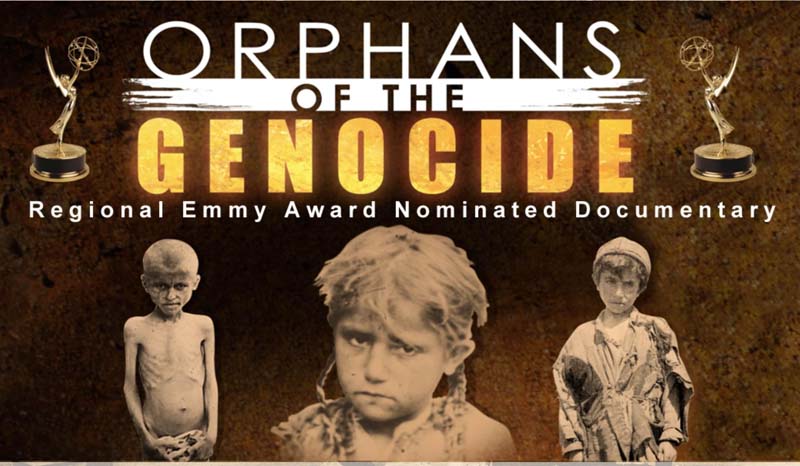 MIAMI — “Orphans of the Genocide” documentary will air Thursday on South… 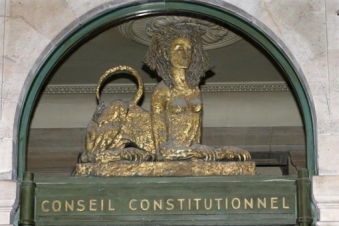