YEREVAN — European Council President Charles Michel reaffirmed on Saturday the European Union’s pledge to provide Armenia with up to 2.6 billion euros ($3.1 billion) in economic assistance and investments over the next five years.

Visiting Yerevan, Michel said the “unprecedented financial package” is designed to help the Armenian government continue “democratic reforms” and improve the socioeconomic situation in the country.

The hefty sum is part of an “economic and investment plan” drafted by the European Commission for six ex-Soviet republics covered by the EU’s Eastern Partnership program.

The EU’s executive body said earlier this month that it has asked the bloc’s 27 member states to approve the plan, potentially worth 17 billion euros in “public and private investments,” at an Eastern Partnership summit slated for December.

The commission is specifically seeking 1.6 billion euros ($1.9 billion) in EU grants, loans and loan guarantees for five “flagship initiatives” drawn up by it for Armenia. That includes up to 500 million euros in funding for some 30,000 small and medium-sized enterprises and 600 million euros worth of capital investments in the country’s transport infrastructure.

EU Commissioner for Neighborhood and Enlargement Oliver Varhelyi announced in Yerevan on July 9 that the EU will also raise an additional 1 billion euros for Armenia “together with our international partners.”

Michel, who heads the EU’s top decision-making body, said the projects to be financed by the grants and loans reflect the Armenian government’s socioeconomic priorities.

“I do not underestimate the huge work that will be needed in order to implement and … make this huge financial package very concrete and very visible for the [small and medium-sized enterprises] and for the people,” he told reporters after holding talks with Prime Minister Nikol Pashinyan.

Pashinyan again hailed the promised EU funding, saying that it will give a “very serious impetus to Armenia’s economic development.”

“Contacts between Armenia and the EU have never been as intense as they are now, which undoubtedly testifies to the mutual intention to develop relations. I would like to emphasize the importance of ensuring the necessary conditions for the implementation of joint programs,” Pashinyan said during joint press conference.

“The implementation of these programs can become truly fundamental for the development of our country’s infrastructures and economic growth,” Pashinyan stated.

Michel arrived in Yerevan on Friday evening on the first leg of his tour of Armenia, Azerbaijan and Georgia. He said he is visiting the three ex-Soviet states to underscore “the EU’s commitment to this region.” 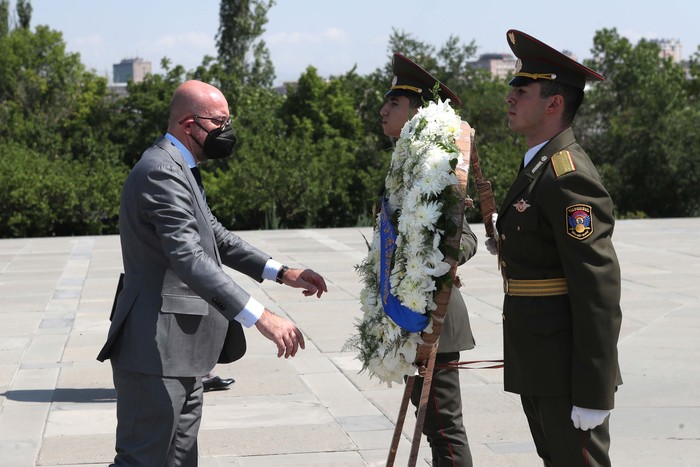 Charles Michel visited the Tsitsernakaberd Memorial today to pay tribute to the memory of the Armenian Genocide victims. He was accompanied by Acting Deputy Prime Minister of Armenia Mher Grigoryan. 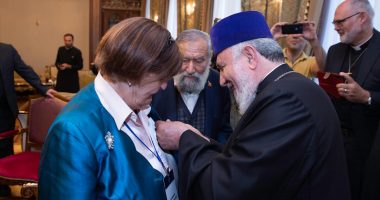 His Holiness Karekin II, Supreme Patriarch and Catholicos of All Armenians, received… 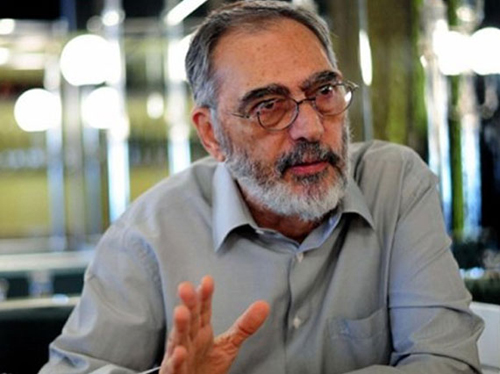 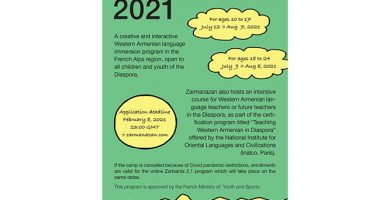 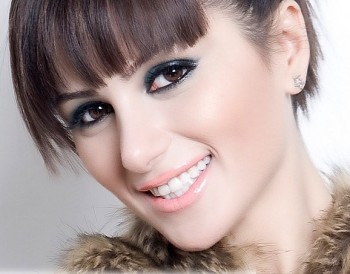