Home Featured Where and How Did Aliyev Miscalculate?

Where and How Did Aliyev Miscalculate?

There has been relative calm on the Armenia-Azerbaijan border in recent days following week-long military operations during which the Armenian military managed to repel the enemy’s attempts at an incursion in the border region of Tavush. The Armenian Armed Forces  took punitive actions, inflicting heavy casualties in lives and weaponry, including successfully shooting down 14 unmanned drones.

One of the most pressing issues in recent days is aimed at Baku’s decision to attack the border of Armenia, and not the Artsakh front where they have territorial claims. One of the explanations under discussion is that the President of Azerbaijan could have been influenced by the internal events in Armenia, especially by the misinformation campaign by the opposition in Armenia. For months, the media outlets under the control of supporters of the former government, have been portraying the internal situation in Armenia as dire. Their mouthpieces have all been repeating the same rhetoric, claiming that the country is on the verge of collapse, people are starving, anti-national authorities are ready to hand over territories, the COVID-19 epidemic is out of control, Pashinyan’s approval rating has dropped to 10%, and the most outrageous of them all, the “advice” given by the former Prime Minister Hrant Bagratyan: “If I were Aliyev, now is the best time to attack Armenia.” Learning about all these gloomy prognostications, Aliyev was probably convinced that it was time to check the level of Armenia’s military readiness and the reaction of the public.

There was a time a few years ago when the Armenian side responded to the Azeri army’s offensive actions with defensive measures. Now, it seems that those days are behind us, and the current military doctrine of “new war, new territories” are already being implementated, and each violation of the ceasefire is appropriately responded to, improving Armenia’s positions on the border with Azerbaijan.

Reports are circulating that the Armenian troops have moved forward on a mountain range and from the new posts, have in their sight flat territories, where important Azerbaijani infrastructures are passing through, including a highway and the Baku-Tbilisi-Ceyhan gas pipeline. Armenia’s official sources are silent about this, probably to avoid criticism  by international organizations. On the other hand, Azerbaijan does not want to confirm its losses so as not to further demoralize its internal public opinion.

As manifested by his recent actions and words, the Azeri president Ilham Aliyev, is in a state of shock and disarray, looking to blame others within his own country for his military failures. He blames his country’s diplomats, the internal opposition, even his own people for refusing to enlist in the army to fight against Armenia. However, the reality is that the main culprit of the current situation remains Aliev himself, who continuously uses the threat of war to get concessions from the Armenian side.

Armenian Prime Minister Nikol Pashinyan summarized the fighting that took place in the Tavush region and its results, affirming that the Armenian Armed Forces demonstrated an exceptionally high level of combat readiness, not only ensuring the inviolability of Armenia’s borders, but also shattering the myth created by the incumbent President of Azerbaijan for a decade and a half about the effectiveness of his army.

Aliyev had no answer to these insults directed at him personally. He most likely has to remain silent for a while hoping that people will forget about his defeat on the battlefield. Until then, it is up to the Armenians to prepare for the next round of confrontations, be it militarily or on the diplomatic front, for which everyone must rally around the government and the national army. At the same time, it is expected of the opposition groups to be more constructive in their criticism, avoiding any attempts to give the adversary opportunity and encouragement, wittingly or unwittingly, to become belligerent in its territorial ambitions against our homeland.
“MASSIS” 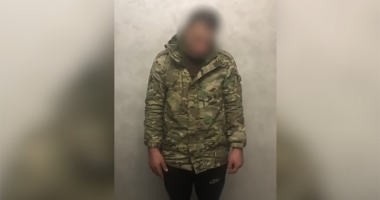 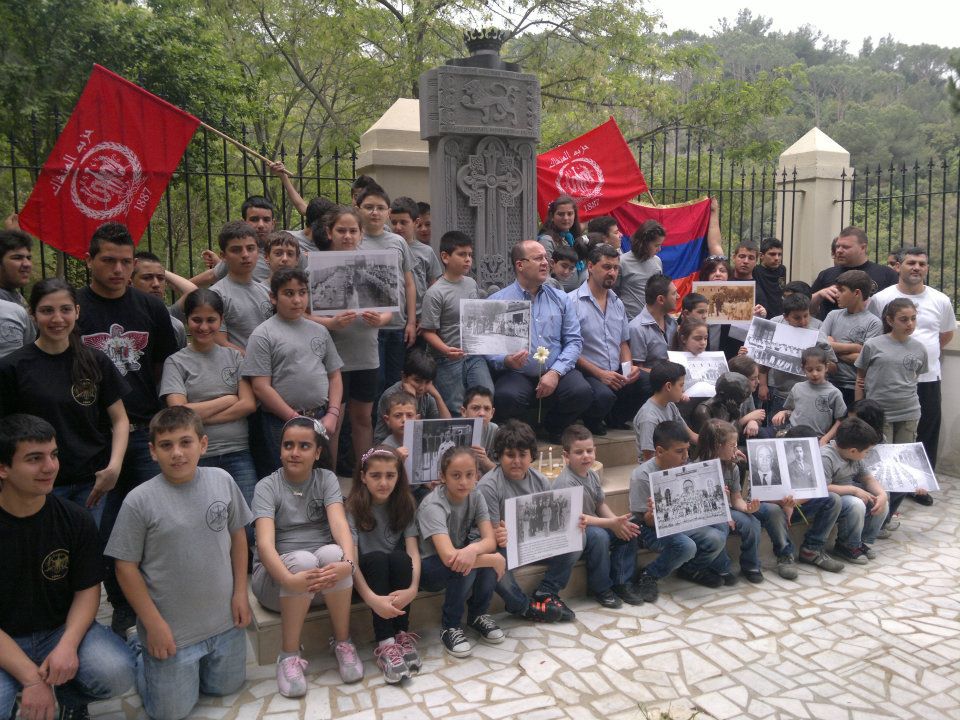 On April 29, 2012, the S.D. Hunchakian “Hayk Bzhishkyan” Youth Association in conjunction with paying their respects to the martyrs of the Armenian Genocide, visited the Visit St. Joseph Antoura French College in Lebanon. During World War I, the college was designated as a Turkish orphanage under the direction of Jemal Pasha and Halide Edib, where about 1,000 Armenian and 200 Kurdish children were forcefully Turkified.