YEREVAN — The Armenian Ministry of Defense reports the deaths of four servicemen due to the fierce fighting that continued on the Armenian-Azerbaijani border in Tavush region of Armenia.

In addition, according to the authorities in Yerevan, Azerbaijani forces continued to deliberately shell two Armenian border villages on Monday, targeting civilian infrastructures and population, and expanding the geography of escalation.

The escalation of the hostilities started due to Azeri soldiers attempting to cross the Armenia-Azerbaijan state border in a UAZ military jeep in the eastern Tavush region on July 12, 2020, at approximately 12:30 p.m. After warning shots by Armenian forces, the Azerbaijani soldiers abandoned their vehicle and returned to their positions. At 1:45 p.m., Azerbaijani soldiers attempted to attack the border post of the Armenian Armed Forces using artillery fire but were stopped by the Armenian side and forced to retreat, suffering casualties.  At approximately 11 p.m., the Azeris resumed shelling, using 82mm mortar and tank fire near the same military post.

After several hours of calm, sporadic fighting resumed in the morning hours of July 13.

The State Department of the United States issued a statement condemning the violence along the Armenia-Azerbaijan international border.  The statement urged the sides to stop using force immediately and to use the existing direct communication links between them to avoid further escalation and strictly adhere to the ceasefire.

The statement stressed that, as a Co-Chair of the OSCE Minsk Group, the United States remains strongly committed to helping the sides achieve a lasting, peaceful settlement of the Nagorno-Karabakh conflict and will remain actively engaged in efforts to accomplish that goal. The State Department noted that the United States joins the Minsk Group Co-Chairs in calling for the sides to resume substantive negotiations as soon as possible and in emphasizing the importance of returning OSCE monitors to the region as soon as circumstances allow.

For its part, Russia stated through Kremlin spokesman Dmitry Peskov on Tuesday that it remains “deeply concerned” about the situation on the Armenian-Azerbaijani border.

Lavrov urged Yerevan and Baku to immediately stop hostilities and show “restraint” during his separate phone conversations with Zohrab Mnatsakanian and Elmar Mammadyarov.

The Armenian and Azerbaijani foreign ministers also spoke on Monday by phone with Josep Borrell, the EU’s foreign policy chief. Borrell tweeted afterwards that he “underlined the need to defuse tensions and cease fire.” 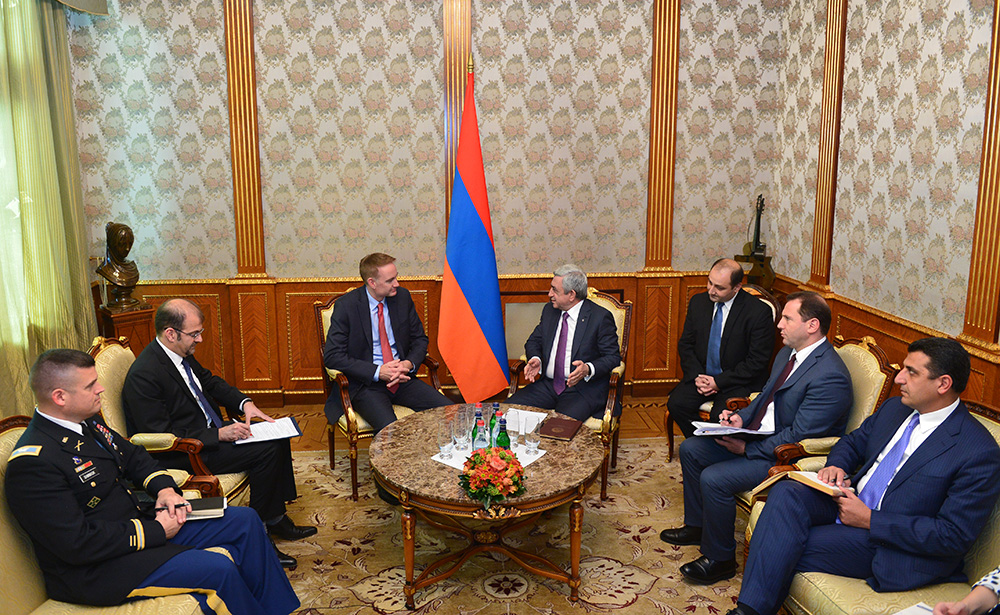 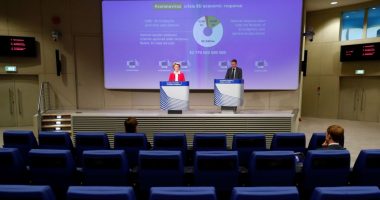 MOSCOW — Russia does not seek an exclusive right to communicate with…