MOSCOW — Russia staged a postponed Victory Day military parade in Moscow on June 24, commemorating the 1945 defeat of Nazi Germany in World War II which is traditionally held on May 9.

The military parade in Moscow’s Red Square involved some 14,000 troops from 13 countries, more than 200 historic and modern military vehicles, and 75 aircraft.

Most of the troops in the parade were from Russia. Also taking part were forces from Azerbaijan, Armenia, Belarus, China, India, Kazakhstan, Kyrgyzstan, Moldova, Mongolia, Serbia, Tajikistan, Turkmenistan, and Uzbekistan. 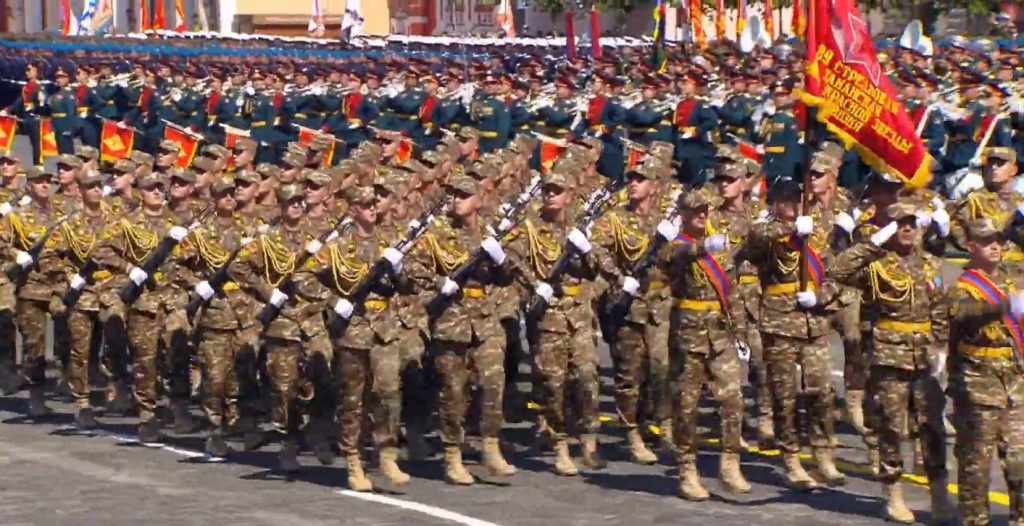 Seventy-five Armenian servicemen marched along the Red Square. They were led by Colonel Ashot Hakobyan who carried the flag of the 89th Infantry Rifle Tamanyan Division.

Speaking from a podium on Red Square, Russian president Vladimir Putin told the gathering: “It’s impossible to imagine what would have happened to the world if the Red Army hadn’t defended it.”

Putin said Soviet soldiers “did not need war, nor other countries, nor glory, nor honor. They sought to finish off the enemy, win, and return home. And they paid an irreplaceable price for the freedom of Europe.”

The presidents of Belarus, Kazakhstan, Moldova, Serbia, Tajikistan, and Uzbekistan all attended the gathering — sitting together in a section with Putin and the World War II veterans. 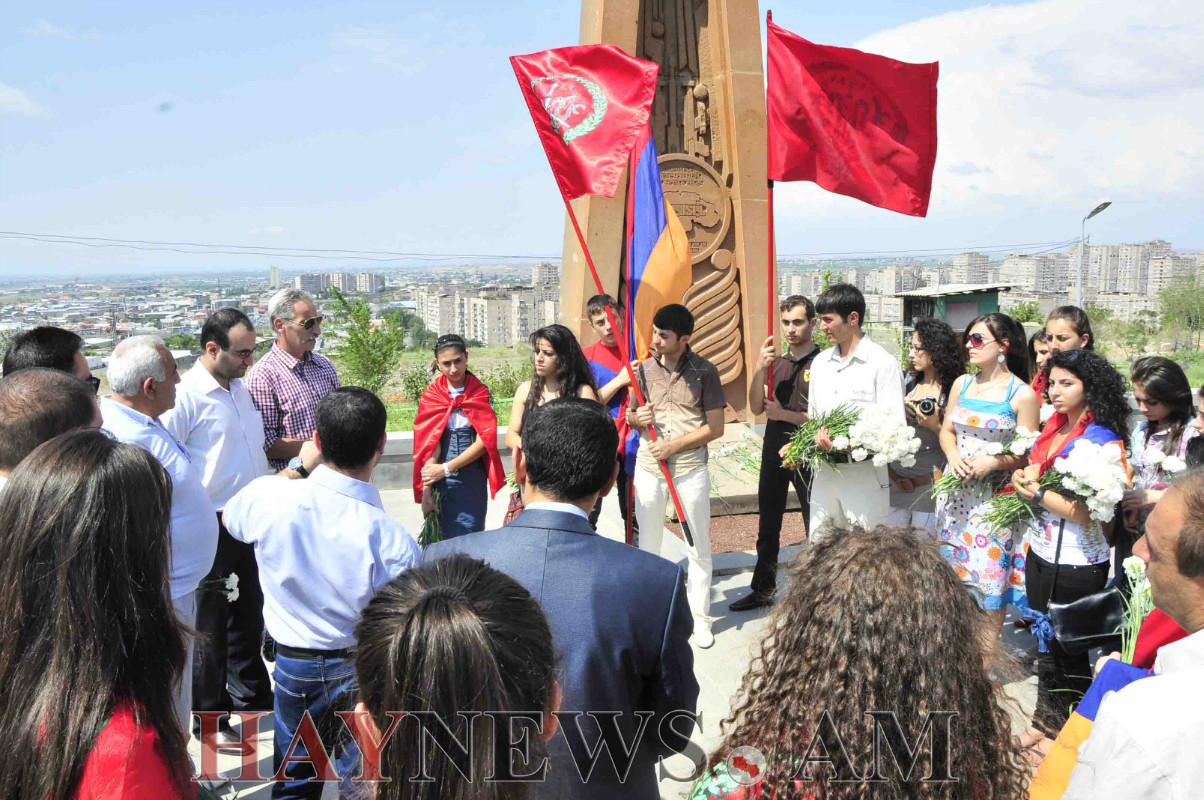 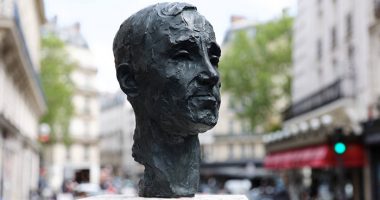