LOS ANGELES – Prime Minister of Armenia, Nikol Pashinyan visited Los Angeles on September 22nd, drawing massive crowds of community leaders, activists and Armenian-Americans from all throughout southern California, in his first visit as Prime Minister to the largest Armenian Diaspora.

The trip was highlighted by a rally held in Grand Park in Downtown Los Angeles, during which LA Mayor Eric Garcetti invited the Prime Minister to speak in front of the thousands in attendance.

Prior to the rally, Pashinyan met with the Armenian news media outlets and various leaders of political, cultural and philanthropic organizations in the Armenian-American community.

A point of emphasis from the Prime Minister throughout the day was the need to unite Armenians from the Diaspora and in Armenia.

Pashinyan went on to say, and repeat for the adoring crowd in front of LA City Hall, that Armenians should spend at least one or two months a year living in Armenia. The emphasis was clearly on “living” as he spoke to the Diaspora about establishing businesses, building homes and growing both economically and in spirit with Armenia.

What would make this more easily feasible is his desire for every Armenian to be a citizen of Armenia, which led him to the question of Armenians voting in the Diaspora.

“If we are giving Armenians in the Diaspora the right to vote, we must uphold the same conditions as they exist for Armenians living in Armenia,” said Pashinyan.

This means that the Prime Minister does not see establishing polling places in the Diaspora as a net-positive, and every Armenian would have to be in Armenia in order to cast a ballot.

“We have to secure the possibility, in all voting districts, for a candidate to run an election campaign.”

One issue that was unavoidable was the status of the Amulsar gold mine project. With demonstrators outside vying against the project being green-lit, Pashinyan painted a picture of two extremes and placed himself in the middle.

“What’s most unfortunate for me [regarding Amulsar] is that everyone has their viewpoint regardless of everything else,” said Pashinyan. “I disagree with the notion that a government should make decisions based on [which side] applies the most pressure… on this issue we must be honest and follow the truth.”

Appealing to the Armenian-American youth, Pashinyan emphasized the importance of being proud of one’s culture and encouraged the youth to invest in Armenia’s future, in terms of tech startups and other means of promoting the country through their respective fields of study.

But despite some political disagreements, a large portion of the Los Angeles Armenian community was brought together by a leader that inspires them, and seemed to have left with a greater sense of pride, enthusiasm and desire to reconnect with Armenia. 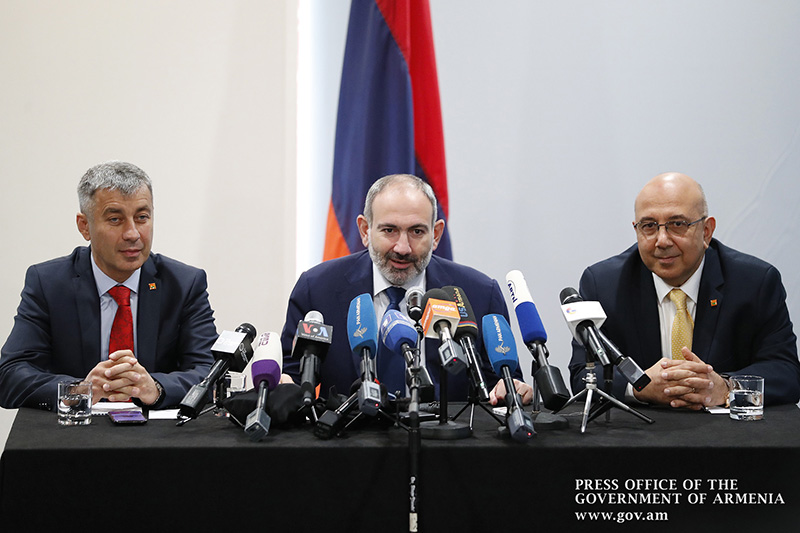 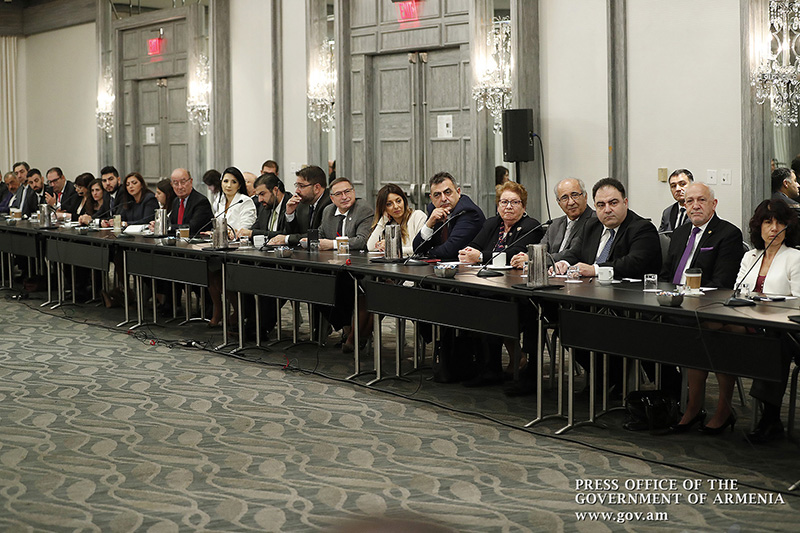 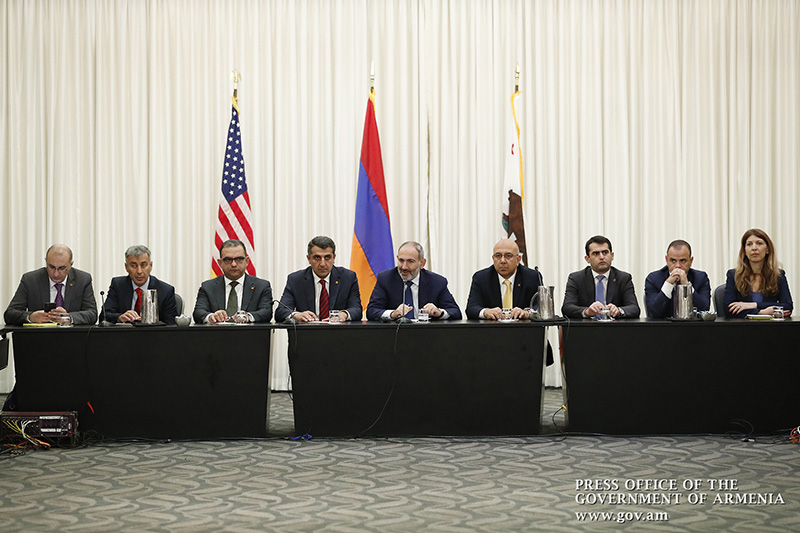 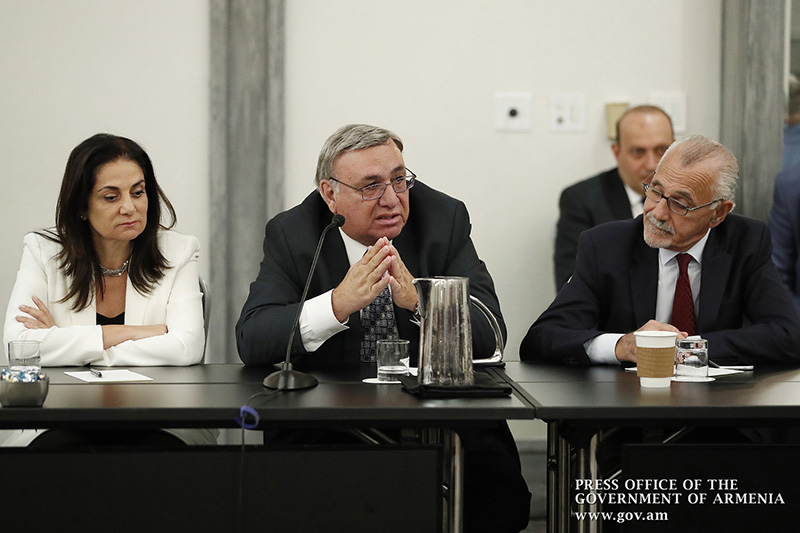 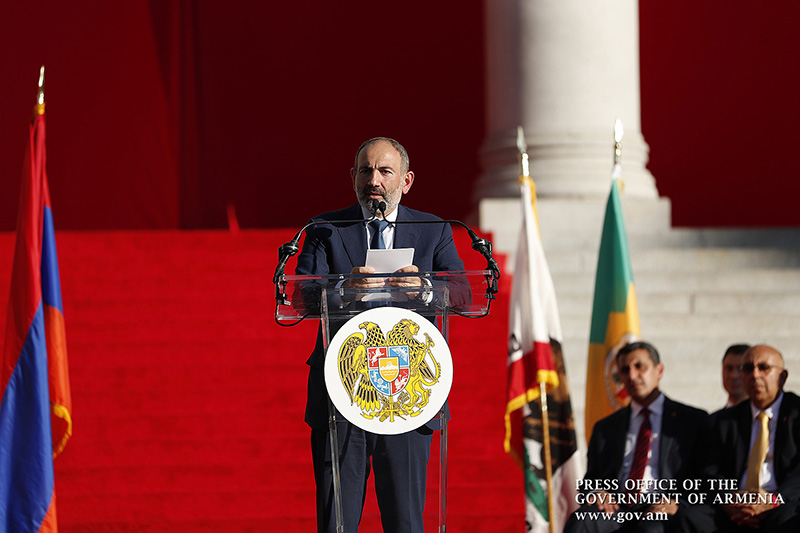 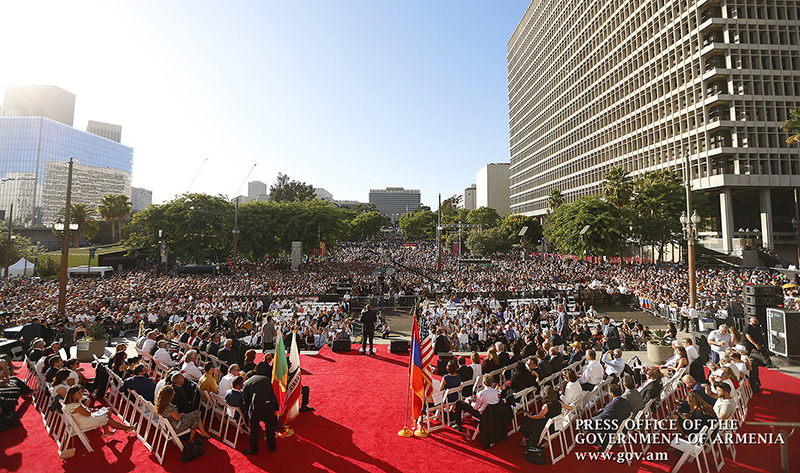 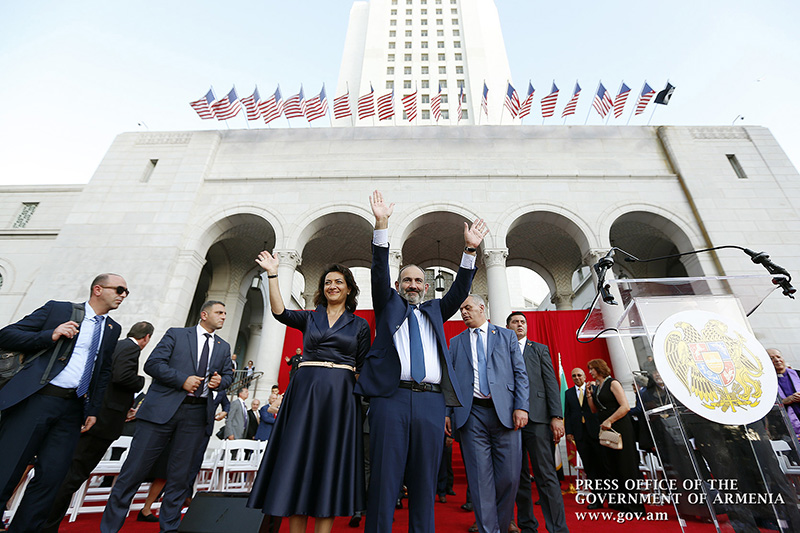 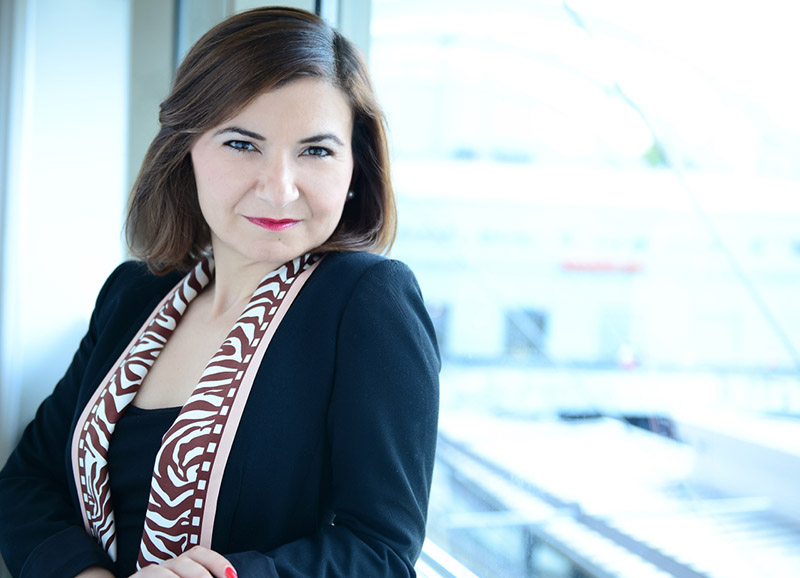