120 Startups from All Around the World at Sevan Startup Summit

YEREVAN — The fourth annual tent-based “Sevan Startup Summit” has started today on the shores of Lake Sevan, with 120 startups from Armenia and 45 countries of the world.

More than 100 mentors and successful entrepreneurs, venture and angel investors have arrived in Armenia within the frameworks of Summit, who will share their experiences with the startups during 7 days, deliver lectures, and help to uncover the most efficient development secrets and best ways to enter international markets.

The introduction of startups and participants was followed by the opening ceremony, during which our organizers, partners and sponsors were also present.

The Co-founder of Seaside Startup Summit Hakob Hakobyan mentioned during the opening evening that “Sevan Startup Summit” has been uniting around 1,000 people from Armenia and the whole world for already 4 years, which means that the Summit is a successful and much anticipated event in the startup world. 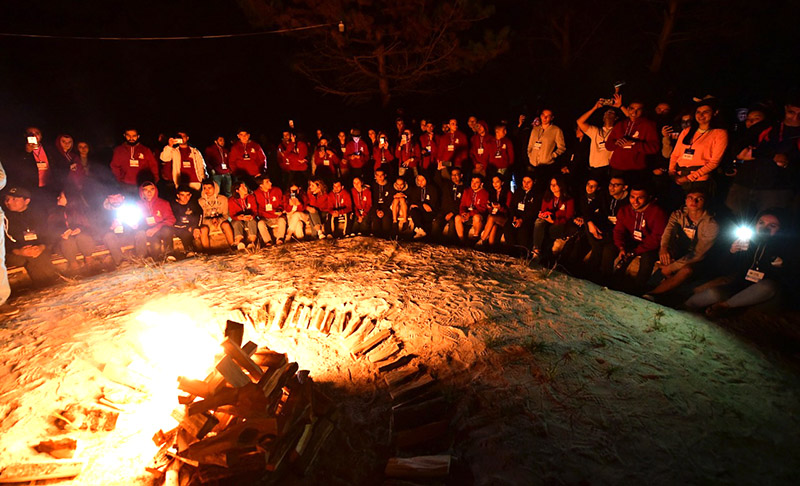 Startups participating in Sevan Startup Summit this year will compete for a $100,000 prize fund and will also have a $100,000 guaranteed investment fund, which will be invested in 2-3 starters. It is expected to acquire an investment agreement of more than $1,000,000.

Addressing the participants, CEO of “Sevan Startup Summit” Vahagn Rapyan noted that Summit becoming bigger and bigger year by year promotes startup developement and team-building. It enables teams to come together and test themselves.

“Sevan Startup Summit” is a tent-based start-up assembly that unites start-up entrepreneurs, investors and other IT ecosystems, creating an unprecedented informal environment for education, business connections and investment transactions.