YEREVAN — 12 May 2019 marks the 25th Anniversary of the establishment of a ceasefire regime between Nagorno-Karabakh, Azerbaijan and Armenia. The Bishkek Protocol, signed earlier on 5 May 1994 between the Heads of Parliaments of Nagorno-Karabakh, Azerbaijan and Armenia paved the way for the cessation of hostilities and the conclusion of subsequent trilateral ceasefire agreements in 1994 and 1995.

On this 25th Anniversary we reiterate our deep appreciation and acknowledgment of the efforts of the mediators and first of all the Russian Federation, who played a critical role in achieving these agreements. They were subsequently endorsed, and their validity reinforced by the international community, particularly at the OSCE Summit in Budapest in 1994.

The people of Nagorno-Karabakh have manifested their unwavering capacity to defend and counter the devastating aggression by Azerbaijan and the threat of ethnic cleansing and annihilation at the beginning of the 1990s, to establish firm foundations for a democratic society and to freely determine their political, economic, social and cultural development in pursuit of the full realization of their right to self-determination. Armenia has been and remains the guarantor of the security of Nagorno-Karabakh and of its people.

Against the background of continued ceasefire violations by Azerbaijan, and particularly of the aggression against Nagorno-Karabakh in April 2016, the 1994-1995 ceasefire agreements remain valid and constitute the only solid foundation against the use of force and the resumption of hostilities, which will entail devastating consequences for all the people in the region. In their joint statement of 16 May 2016 the OSCE Minsk Group Co-Chairs reiterated their support to and insisted on the importance of respecting the 1994-1995 ceasefire agreements.

Armenia remains committed to firmly respecting the letter and the spirit of the 1994-1995 ceasefire agreements. Furthermore, these agreements remain the backbone of denouncing the use of force and securing a conducive environment for a genuine progress in the negotiations for the peaceful settlement of the Nagorno-Karabakh conflict within the internationally agreed format of mediation by the OSCE Minsk Group Co-Chairs.

The agreements reached in Dushanbe in September 2018 on respecting the ceasefire regime demonstrate the importance of political will in sustaining ceasefire and reducing risks of escalation. There were recent instances of ceasefire violations by Azerbaijan, which resulted in heavy injuries to two soldiers of the Nagorno-Karabakh Defense Army and one soldier of the Armed Forces of Armenia on the line of contact and across border respectively. These deplorable incidents call for recommitment to the respect of the ceasefire regime and its reinforcement. Specific measures, particularly those agreed during the 2016 summits in Vienna and St. Petersburg should be implemented.

The 25th Anniversary of the establishment of the ceasefire regime attests to the validity and sustainability of the trilateral format of the 1994-1995 agreements, and to the importance of full engagement of Nagorno-Karabakh in the settlement process in order to achieve a lasting resolution of the conflict.

This Anniversary is also an encouragement for the renewed commitment of all the parties to the peaceful settlement of the conflict under the auspices of the OSCE Minsk Group Co-Chairs. Armenia remains fully committed to achieving lasting peace, as has been numerously reiterated by the Prime Minister of Armenia Nikol Pashinyan, including during the latest summit in Vienna on 29 March 2019. 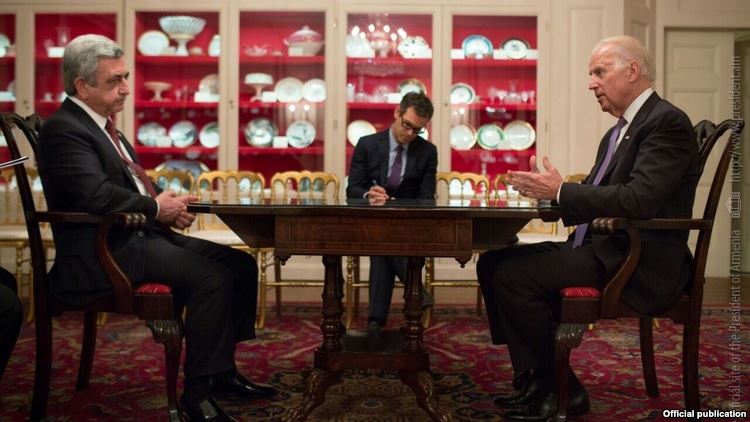