WASHINGTON, D.C. – The U.S. House of Representatives unanimously adopted House Resolution 354 with a vote of 397-0, which condemns the violence against peaceful protesters outside the Turkish Ambassador’s residence on May 16, 2017, and calls for measures to be taken to prevent similar incidents in the future, reported the Armenian Assembly of America (Assembly). H.Res. 354 was spearheaded by House Foreign Affairs Chairman Ed Royce (R-CA), Ranking Member Eliot Engel (D-NY), Majority Leader Kevin McCarthy (R-CA), and Democratic Whip Steny Hoyer (D-MD), and calls for “the perpetrators to be brought to justice.”

“House Resolution 354 puts Congress firmly on record in clear, unmistakable terms condemning the actions of the Turkish security guards last month. The resolution also demands that Turkey immediately lift diplomatic immunity for all those who assaulted U.S. citizens and law enforcement officers. This resolution also calls for the U.S. State Department and the U.S. Secret Service to review their security procedures and for them to convey to Turkish officials in clear terms the expectations for the behavior of their security teams when they are operating in the U.S.,” Chairman Royce said on the House floor. “Passage of this resolution is an appropriate, strong response by this House to these brutal actions by Turkish forces.”

H.Res. 354 states that “any Turkish security officials who directed, oversaw, or participated in efforts by Turkish security forces to illegally suppress peaceful protests on May 16, 2017, should be charged and prosecuted under United States law.” The Resolution continues: “the United States should take steps to strengthen freedoms for the press and civil society in countries such as Turkey, and combat efforts by foreign leaders to suppress free and peaceful protest in their own countries.”

During today’s consideration, Democratic Whip Hoyer stated: “Our resolution makes it clear, the United States will not tolerate violence against peaceful protesters on our shores and those responsible must face justice.”

In addition, Rep. John Sarbanes (D-MD) added: “The assault on protesters in Washington, D.C., is entirely consistent with the impulses of an autocratic Turkey. It has unmasked President Erdogan for the bully he is and offers Americans a teachable moment on the character of official Turkey. It reflects a deeply embedded reflex that in the modern era has brought the world, among other things, the unlawful invasion and occupation of Cyprus, the Armenian Genocide, and the violent repression of the Kurdish people.”

Speaker of the House Rep. Paul Ryan (R-WI) publicly supported H.Res. 354, noting in a previous statement: “The violent crackdown on peaceful protesters by Turkish security forces was completely indefensible, and the Erdogan government’s response was wholly inadequate. Turkey is an important NATO ally, but its leaders must fully condemn and apologize for this brutal behavior against innocent civilians excising their First Amendment rights. In the meantime, we stand fully committed to helping bring all those responsible to justice.” 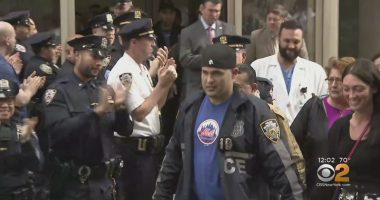