PASADENA – Over 150 community leaders, activists and youth gathered at the Pasadena Memorial Park to pay tribute to the 102nd anniversary of the commemoration of the Armenian Genocide.

The event, organized by the Gaidz Youth Organization (GYO) and Armenian Council of American (ACA) began with the national anthems of the United States and Armenia sang by Noelle Doctorian. Master of Ceremonies and GYO member, David Magalian discussed the importance of Armenian-Americans educating their non- Armenian neighbors and friends about the Genocide.

Moloyan’s speech reminded the audience of the atrocities committed by the Ottoman Turkish government towards the Armenian people and the continuation of assaults on the Armenian people by the current Turkish and Azeri dictatorships. Following Moloyan was Father Sarkis Petoyan of the St. Gregory the Illuminator Church in Pasadena. Fr. Petoyan’s speech was a call to action for Armenian youth to become more involved in the Armenian Apostolic Church.

GYO member Sarkis Karaoghlanian delivered a powerful speech about the current denialist machines who are working hard to ensure that the Genocide is never recognized. He reiterated the importance of activism to combat the Turkish regime’s efforts at distorting the historical fact of the Armenian Genocide.

Nor Serount Cultural Association’s Dance Troupe dazzled the audience with their beautiful dance performances and Nor Serount Chairman Harout Der Tavitian performed patriotic songs closing the event. At the end of the program, attendees placed flowers at the Armenian Genocide Memorial site which is a permanent display at the north end of the park. 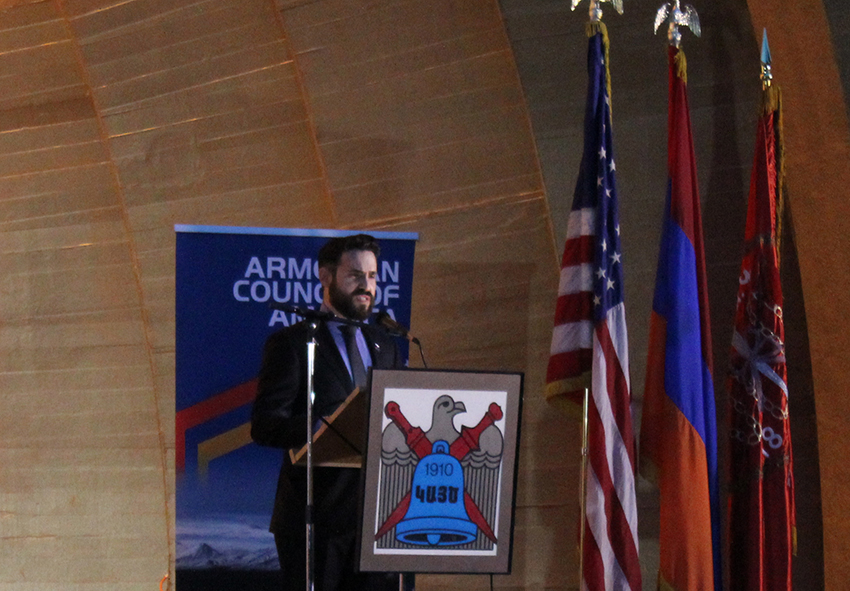 This year marks the One Hundred and Second anniversary of the Armenian Genocide.

We Armenians are all too familiar with the facts and events of 1915.

We are also familiar with the continuous denialist campaigns waged against the recognition of the Armenian Genocide.

Although there has been a fledgling community of progressives within present day Turkey, that not only recognize the Armenian Genocide, but also urge their government to do so, Turkey’s recent elections have dampened any hope of a serious democratic debate about its genocidal past, troubling present and uncertain future.

Most concerning are the 2,708 journalists who were dismissed from their posts in 2016 and the 131 journalists in jail as of January, 2017.

President Donald Trump was quick to congratulate the Sultan of the Turkish Republic on his brazen display of corruption, and as of tonight, he has not issued an official statement regarding the 102nd anniversary of the Armenian Genocide. It is unfortunate, that the United States government, perceived as a beacon of hope, transparency, and democracy has chosen to become a tool of denialist Turkey and remains silent on our ancestors suffering.

It is heartbreaking that consecutive United States Administrations have not had the courage that their predecessors had in 1915 to not only attempt to stop the suffering of the Armenian people, but to vociferously and publicly address the crime to the international community.

For the criminal is not just the individual, groups, or governments that attempts genocide, but those who knowingly attempt to distort and deny facts regarding any Genocide.

This same criminal body that attempted the Genocide of the Armenians, Assyrians, and Greeks, continues its attempt at a Kurdish Genocide. Many Kurdish leaders have apologized for their ancestor’s role in the Armenian Genocide. It is imperative that we voice our support for the Kurds who are being persecuted by their government just as we were persecuted a hundred years ago.

It is time to not only persist on the recognition of our ancestor’s suffering, but to cease attempts at Genocide towards any group of people because we believe this prolongs the suffering of our martyrs.

One Hundred and Two years after Genocide was committed across Anatolia, this crime against humanity is perpetrated today. In Syria who’s civilian death toll is well over 60,000 and the persecution of the Yazidis of Iraq. In Somalia and the Central African Republic. In Myanmar, South Sudan, Burundi, Darfur and Nigeria.

Even more troubling is the growing list of countries on the brink of Genocide which include Nigeria, Chad, Yemen, Kenya, Uzbekistan, Burundi, Iran, Mali, South Africa, Rwanda, Angola and many others.

We also must not forget to utilize the incredible wealth of knowledge, skill, ambition and ingenuity of our current generation. The Armenian communities of the world must put our resources towards legal and scholarly endeavors, towards the new generation and towards improving our homeland. For example, The Promise Institute of Human Rights, recently established at the UCLA School of Law is a step in the right direction.

We have a lot to do.

Armenia must continue its path to become a strong nation built on the foundations of our martyred ancestors. This can only happen with an ethical, democratically elected government who, unlike the continuous authoritarian regimes of Turkey, must have the respect of its people as well as the international community.

Armenia must not only become strong, but must show its Turkish neighbor how a government should act, where human rights for all are respected. Armenia must become an example for the region, especially for the Turkish people.

The Armenian Council of America thanks the State of Wyoming on their recent recognition of the Armenian Genocide. The Armenian community truly appreciates the respect demonstrated by the Equality state.

Let’s vow today that each and every one of us will make a contribution towards our community. Support young Armenian entrepreneurs, pick up an Armenian book you’ve never read, or volunteer at a community center. Our collective strength will pave the path to our bright and prosperous future. 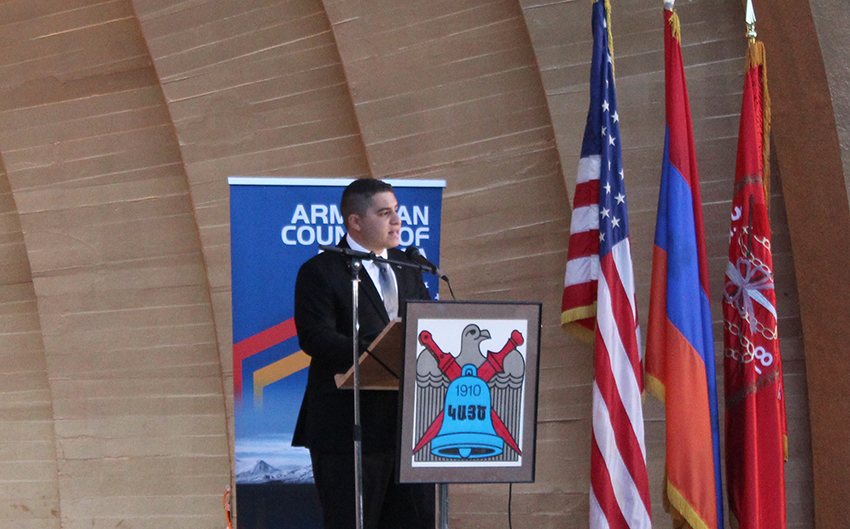 102 years ago, our ancestors suffered one of the most horrifying events in history. Over 1.5 million Armenian men, women and children were massacred by the hands of the Ottoman Empire. We were broken, we were scattered, we were lost, but our hope never died.

William Saroyan said it best, “Go ahead, destroy Armenia. See if you can do it. Send them into the desert without bread or water. Burn their homes and churches. Then see if they will not laugh, sing and pray again. For when two of them meet anywhere in the world, see if they will not create a New Armenia.”

What we sometimes fail to realize during our protests, commemorations and mourning, is that by standing here today we are proof that turkey failed in their mission to exile us from existence.

We grew stronger, we grew brighter, we found each other around the world, we united, and we multiplied. There are now approximately over 11 million Armenians living worldwide due to our unity.

As new generations of Armenians emerge, our duty, the duty of all Armenians and most especially the duty of Gaidz Youth Organization members, is to keep our culture strong and unified. In present day, we protest, advocate and pray for our Genocide to be recognized worldwide.

The Gaidz Youth Organization also ensures that we do everything in our power to prevent such atrocities and Genocides from transpiring again. Not just for us Armenians, but for all mankind. The success of any Genocide would mean the failure of decency, humanity, and most of all, as Armenians, a failure to our ancestors. A failure to prevent another group of people from going through horrific situations that our ancestors went through. A failure to empathize with them, as well as those being persecuted. That is why, a century later, we continue our struggles for recognition. That is why we unite against not just the denialist actions of the present day turkish regime but the actions of the azeri dictatorship who time and time again has called for the obliteration of Artsakh, Armenia, and the Armenian people.

Less than a decade ago, the Azeris conducted a pogrom against Armenians in Baku, and Sumgait. A little over a year ago, the Azeri dictatorship attempted to restart their mission, yet once again they failed. They failed due to our unity and just cause.

Armenians, like any other ethnicity, have differences of opinion when it comes to political ideology, as well as the way one practices religion, these differences do not separate us from being united and ensuring our cultures’ prosperity, and to love every Armenian as though they are brothers and sisters. These differences do not hinder our efforts to safeguard all Armenians.

We must continue to protest, speak our mind, and educate ourselves.

The reason we, members of the Gaidz Youth Organization, choose to not only remember, but to commemorate, to advocate, to struggle for recognition, is to re-affirm our core beliefs in ethical principles, democratic principles, human principles.

My plans for my future is to give back to my community, my dream is to one day become a principal at an Armenian school and educate the youth of the future about our past and excite them for their future. We as Armenians always grow and excel through any obstacle, let us continue to make our ancestors proud of our accomplishment. Let us not make their blood shed go to waste. For our future, we see triumph, and prosperity. Gaidz Youth Organization believes, we, the youth, are the future. We are the heartbeat that continues to pump the blood that gives Armenians life. Furthermore, we Armenians have proven that we are strong, and can overcome anything. We must keep this bond with each other, and excel through life and continue to refute the actions that were perpetuated against us. We must also accomplish greatness within our respective communities. We must ensure that we are strong and able to achieve our goals. In doing so, we can continue to laugh, sing and pray, and most importantly help build a better community and a stronger Armenia. 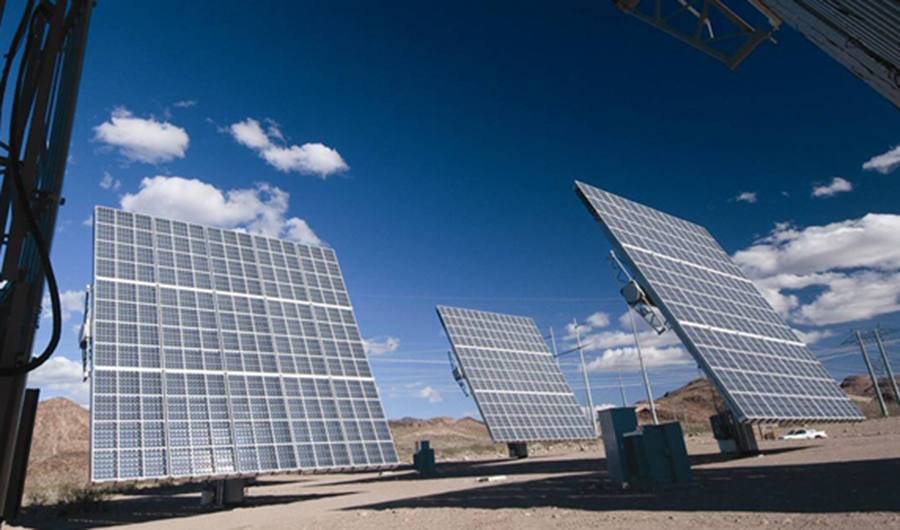 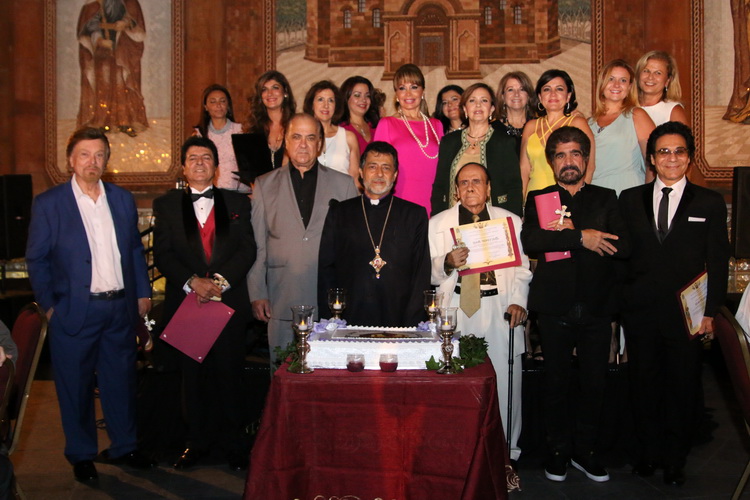