European Union Delegation: Free and Fair Elections in Armenia Crucial for Relations with the EU

YEREVAN — The European Union pledged on Thursday to provide 7 million euros ($7.4 million) for the implementation of the Armenian government’s landmark agreement with the opposition aimed at preventing serious fraud in next year’s parliamentary elections.

The EU Delegation in Yerevan stressed importance of the proper conduct of the vote slated for April in a statement that announced the funding. “Ensuring free and fair future elections will be crucial for Armenian democracy and for the country’s relations with the European Union,” it said in a statement that reads:

“Following the important first steps in the implementation of the agreement on electoral reform between the coalition and the opposition parties, following consultations with civil society representatives, we count on the government to spare no efforts in realizing this reform. We appreciate the commitment of the authorities to allow a fair and open competition. We expect the Central Election Commission, the law enforcement bodies and the judiciary to do their best to fulfil this promise. We perceive the presence of political will as a key prerequisite for a fair electoral process.

In partnership with the UNDP and the United States, the European Union has responded positively to the government’s request for assistance in funding implementation of this electoral reform package. EU financial support of up to €7 million will close the identified financial gap and will thus allow for the smooth implementation of the electoral reform agreement. This includes support to election observation. Together with the contributions of Germany and the United Kingdom, European support amounts to 90 percent of the overall financial assistance to the electoral process.

The European Union attaches great importance to the transparency, integrity, inclusiveness and effectiveness of electoral processes. Therefore, we will continue to support the efforts of all stakeholders to ensure full alignment with international standards, including those related to the prohibition of the use of administrative resources and electoral corruption and to ensuring unhindered work by observers and media.

Ensuring free and fair future elections will be crucial for Armenian democracy and for the country’s relations with the European Union. We stand ready to continue to support Armenia on its democratic path based on the future EU-Armenia Agreement and within the larger framework of the Eastern Partnership”.

The Armenian government and three major opposition parties reached the agreement in September. It resulted in the passage of key anti-fraud amendments to Armenia’s Electoral Code.

The most significant of those amendments aims to preclude multiple voting by government supporters through the publication of the names of those voters that have actually cast ballots. The amended code also mandates live online broadcasts of voting and ballot counting in all 2,000 or so polling stations across the country.

Opposition representatives have said that Western donors are ready to provide about $10 million for the purchase of equipment required for the broadcasts and electronic verification of voters’ identity.

The U.S. government announced on Monday that it too will financially support anti-fraud measures agreed by the Armenian government and opposition. It did not specify the amount of U.S. funding. 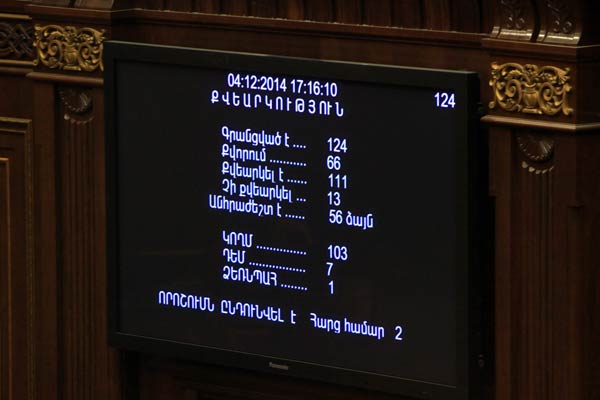 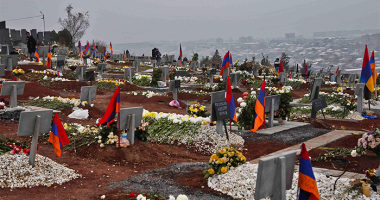