Turkish Intellectuals Who Have Recognized The Armenian Genocide: Ibrahim Betil

Ibrahim Betil (born in 1944 in Istanbul- Turkey) is a Turkish banker and educator. After graduating from  Robert College, he continued his higher education and earned University degree. Ibrahim Betil presided, chaired, and founded industrial and financial companies, and commercial banks, inside and outside Turkey for 25 years (1970-1994).

After 1994, he has been closely involved in the educational life and civil society activities in Turkey. He has initiated the establishment of several foundations and schools and chaired them, lectured in universities, produced radio and TV programs. He has been a columnist for several newspapers and periodicals, and the author of a bestseller book.

Ibrahim Betil has served as a member of the Board of Governors and (Europe, Middle East and Africa) region adviser for IBO*, and  currently he is a Senior Fellow at ASHOKA*, and a Board Member at  TOG*. He is one of the founders and a Board Member  of ÖRAV*, and chairs ENKA* Schools network.

According to  The New York Times, December 15, 2008, “A group of about 200 prominent Turkish intellectuals issued an apology on the Internet for the World War I-era massacres of Armenians in Turkey. The group of academics, journalists, writers and artists avoided using the contentious term “genocide,” referring to the killings of more than a million Armenians by the Ottoman Turk government from 1915 to 1918 as a “great catastrophe.” While Turkey does not deny that many died, it has rejected the term genocide and has prosecuted people who have publicly acknowledged Turkish culpability for it. The statement said in part, “I reject this injustice, share in the feelings and pain of my Armenian brothers, and apologize to them.” Ibrahim Betil is one of the Turkish intellectuals who have signed the statement. (1)

According to Today’s Zaman, a group of academics, journalists, artists and intellectuals have released a statement condemning in the harshest terms what they define as expressions that include “open hatred and hostility” towards Armenians in Turkish schoolbooks. A letter accompanying the text of the condemnation, written by historian Taner Akçam, notes that including such expressions as lesson material to teach children is a disgrace. The signee said textbooks in schools should seek to encourage feelings of peace, solidarity and living together over inciting hatred towards different religious and cultural groups, Akçam said. He further wrote: “Standing with integrity in the face of history is the prerequisite for establishing the future on the foundations of friendship and peace. I do hope that this signature campaign will be taken as a scream from all of us for the publication of textbooks that we would like to see.” The statement said: “The revolutions history and history textbooks should be collected immediately, with an apology issued to everyone and particularly to Armenian students. This is where the path to Turkish-Armenian peace lies, at this time when we are approaching 2015.” Ibrahim Betil is one of the Turkish intellectuals who signed the statement. (2)

*ENKA: Network of schools established in 1994 in Istanbul- Turkey. 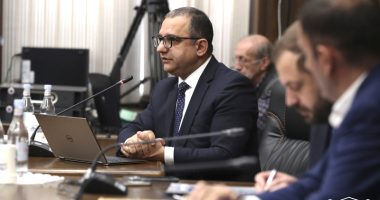