Home Armenia Brigitte Bardot: Armenia is the Image of a Progressive Country

Brigitte Bardot: Armenia is the Image of a Progressive Country

YEREVAN — The Foundation for the Preservation of Wildlife and Cultural Assets (FPWC) with the support of Brigitte Bardot Foundation and the RA Ministry of Nature Protection will implement the transfer of two bears, which were brought to Yerevan from the Gyumri private zoo, to Libearty Bear Sanctuary in Romania on March 23 of the current year. This announcement was made by the partners during the press conference on March 22.

All the necessary veterinary and export permits have been obtained, the multilateral agreements have been signed, means of transportation ready and the bears’ trip from Armenia to Romania is planned.

Libearty Bear Sanctuary in Romania is a closed area of several hectares in accordance with the international standards, which is aimed for the residence of bears with health and psychological problems.

During the quarantine period at Yerevan Zoo, the bears from Gyumri Misha and Masha have undergone all veterinary examinations, received all necessary treatments and were vaccinated against rabies. Their fur has significantly improved and their weight considerably increased. In contrast to the first days, the bears are not fighting for food and water with each other anymore.

Foundation Brigitte Bardot, the main French animal welfare NGO has shouldered the expenses for food, care and transportation of the bears since November 2015. And the representatives of the Foundation just arrived to Armenia to accompany the bears to their new place of residence in the Romanian Libearty Sanctuary.

“In a few hours, the bear Masha and Misha, whose plight has shocked public opinion over the world, will leave their cages for a natural environment. It’s a chance, a hope for all the wild animals unjustly imprisoned, deprived of liberty. The FPWC and my Foundation have worked together, with the support of the Ministry of Nature Protection, to achieve this great result. Beyond this particular case, I am pleased to learn that this Ministry will present on Friday a proposal to strengthen national legislation so that there is never again a “zoo of shame” as the one discovered in Gyumri. Armenia is now an example, the image of a progressive country, respectful of animals… Bravo, Merci”, said the founder of the Foundation and the world famous French actress Brigitte Bardot.

In the future the cooperation between the Foundation for the Preservation of Wildlife and Cultural Assets and the Brigitte Bardot Foundation will be continuous.

The public attention centered on Gyumri private zoo’s animals after the publication of The Daily Mail, where it was called “the world’s saddest zoo“. The zoo had only two bears and three lions. On February 10, 2016 the Foundation for the Preservation of Wildlife and Cultural Assets (FPWC) in collaboration with the Worldwide Veterinary Service (WVS) have organized the rescue of the Gyumri Zoo lioness Mary and her cubs Zita and Geeta to the Caucasus Wildlife Refuge in Urtsadzor, a privately protected area managed by the FPWC.

The founder of the FPWC Ruben Khachatryan noted that during this year the Wildlife Rescue Center will be opened on the territory of the Caucasus Wildlife Refuge. The mission of the Center is to manage the incidents with wild animals both in Yerevan and the other regions of Armenia, as well as to implement information and education campaigns against illegal exploitations of wildlife. The specialist of the Center will examine the wild animals, provide medical assistance and care.

The Foundation for Preservation of Wildlife and Cultural Assets would like to express its gratitude to the RA Ministry of Nature Protection, State Veterinary Agency under the RA Ministry of Agriculture, the RA Ministry of Finance Custom authorities, to all supporters and partners for their continuous support and trust, as well as the mass media for the active coverage of this issue. 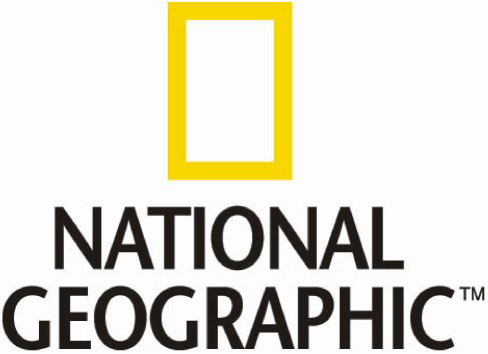 ARLINGTON, MA — “The beautiful rug woven by the [Armenian] children in…