There were discussions on the perspectives of Armenia-EU relations, the new legal document regulating those relations, regional security, the Nagorno Karabakh conflict and Armenia-Turkey relations. At the European Parliament Committee on Foreign Affairs, moderated by the Committee Chairman Elmar Brok, an exchange of thoughts took place over agenda items, and the members of the Armenian Delegation answered the questions concerning the MPs of the European Parliament.

At the end of the two-day debates a joint Final Statement and Recommendations were adopted. In the adopted document, among other problems the concerning debates going on over the Nagorno Karabakh conflict in other inter-parliamentary organisations were also touched upon. In that connection, the European Parliament has stated that “it fully supports the negotiating process going on under the auspices of the OSCE Minsk Group Co-Chairs, which is the only internationally recognized format of the Nagorno Karabakh conflict settlement, and in this direction greatly encourages the Pan-European and other international organisations and institutions to be in consonance with the OSCE Minsk Group Co-Chairs’ statements in their motions and resolutions on Nagorno Karabakh in order to contribute to the peaceful resolution in that way.”

EU-Armenia Parliamentary Cooperation Committee , Sixteenth Meeting Final Statement
1. welcomes the high-level opening of EU-Armenia negotiations on 7 December 2015, in view of a new comprehensive framework agreement that would cover political, economic and sectoral cooperation; recalls that the PCC had already recommended, on 20 March 2015, to use the experience acquired in the scoping exercise to establish a legally binding contractual basis in order to replace the outdated 1999 Partnership and Cooperation Agreement;

2. recalling the work carried out in negotiating the AA/DCFTA trusts that the technical result of these talks, which was safeguarded for future reference at the time, will facilitate the swift completion of the EU / Armenia negotiations which are now re-launched;

3. expects to see firmly enshrined in the new agreement a strong commitment to rule of law, democracy and human rights, which should be cornerstones of the text; further underlines that the respect for these shared values can only enhance and further facilitate cooperation in all other issues expected to be covered by the agreement, from energy, transport, or the environment to investment and trade; reminds that Armenia remains covered by the preferential GSP+ trade scheme, with an enhanced role played by the EP in its reformed monitoring procedure;

4. believes that a new, ambitious EU/Armenia framework agreement is compatible with the progressive differentiation approach promoted within the Eastern Partnership, particularly taking into account the revised European Neighbourhood Policy; reminds that enhancing citizens mobility in a secure and well managed environment remains a core objective of the Eastern Partnership, and welcomes the overall good implementation by Armenia of the Visa facilitation and Readmission Agreements, stressing that continued and sustained progress is crucial in order to further proceed with a Visa Liberalisation Dialogue;

5. underlines the need for a strong parliamentary dimension to be included in any future agreement, encouraging legislators to develop procedures allowing them to be duly informed throughout the negotiation process, and fully involved in its subsequent implementation and monitoring;

6. recalls the outmost importance and value of the annual EU-Armenia Human Rights Dialogue, as a unique format allowing to constructively focus on issues such as fundamental freedoms, including the freedom of assembly and association, the development of civil society, the rule of law, mobility, judicial reform, the continued fight against corruption, the independence of the media and the fight against torture and inhuman and degrading treatment;

7. welcomes the considerable effort recently undertaken by the Armenian National Assembly to align national legislation with the UN Convention Against Torture and looks forward to further progress on the ancillary measures currently under examination to avoid torture and fight impunity; further welcomes the review of the Judicial Code and the strengthening of the independence of the judiciary provided by the Constitutional Amendments as supported by the Venice Commission, particularly the Council of Justice; stresses the importance the EU attaches to ICC ratification worldwide;

8. takes note of the 6 December Constitutional Referendum results, recalling the first and the second opinions delivered by the Venice Commission on the draft Amendments to the Constitution, and the local EU Statement issued on 10 December 2015 which urged the authorities to fully investigate in a transparent manner the election fraud allegations;

9. underlines that the full implementation of existing recommendations already issued by previous OSCE/ODIHR election observation missions remains a key to increase the confidence in the integrity of the electoral process, and expects that the necessary amendments, particularly pertaining to the electoral code, will be adopted well before the 2017 general elections;

10. recognizes that the EU’s support over the years has been instrumental for the effective implementation and sustainability of Armenia’s reform process and institutional capacity building; thus welcomes the EU adopting, on 16 December 2015, a new support programme of €30 million to enhance further efforts in the areas of quality employment, fiscal governance and civil society participation in the democratic decision making process; notes the decisive role civil society can play in enhancing transparency and accountability in all fields of public life, but also in monitoring GSP+ implementation, through dedicated EDIHR-funded projects; supports and encourages Armenian full participation in the COSME and Horizon 2020 programmes ;

11. deeply regrets the continued -and rising-human cost of the Nagorno-Karabakh conflict, and the increasingly serious violations of the cease-fire agreement, including by the use of heavy artillery/mortars, which repeatedly led to the loss of life even amongst the civilian population; stresses there can be no justification for the death and injury of innocent civilians on all sides, supporting the creation of a mechanism to investigate ceasefire violations, as repeatedly called for by the OSCE Minsk Group Co-Chairs; reminds that the Minsk Group Co-Chairs noted on 26 September that Armenia has agreed to discuss the details of this mechanism, urging Azerbaijan to do the same; expects from the EU to play a more active role in supporting further confidence building measures to spread the ideas of peace, reconciliation and trust;

12. believes that the recent escalation proves beyond possible doubt that the status quo has become unsustainable and that th ere can be no alternative to a peaceful solution in accordance with the UN Charter, Helsinki Final Act and relevant principles of international law;

13. firmly supports the negotiation process under the auspices of the OSCE Minsk Group Co-Chairs, as the only internationally agreed format for the settlement of the Nagorno-Karabakh conflict, in this regard, strongly encourages pan-European and other international institutions and bodies to align with the OSCE Minsk group co-chairs statements in their motions and resolutions on Nagorno-Karabakh in order to contribute to the peaceful resolution of the conflict; calls for a greater political commitment from all parties involved; calls on the European Union to include in its exchange and mobility programmes students and teachers hailing from conflict areas, such as Nagorno-Karabakh, as outlined in the Bologna Process communiqué of May 2015[1] adopted also by all EU member states and the European Commission;

14. welcomes the steps taken by the Government of Armenia in accepting around 20,000 Syrian refugees and calls on the European Commission and the EU member states to consider in a positive light any support request from the Armenian authorities in carrying out relevant programmes aimed at the further social integration of the Syrian refugees in Armenia.

15. recalls the commemorations of the Centennial of the Armenian Genocide which took place in Yerevan in April 2015, and commends the participating EU institutions and their Office-Holders ; encourages all Member States and EU Institutions to contribute further to the recognition of the Armenian Genocide, noting that the issue has, in recent years, become the focus of open and public debate in Turkey itself;

16. echoes the call of the EP Plenary, which, on 10 June 2015, urged the normalisation of Armenia – Turkey relations by the ratification, without preconditions, of the protocols on the establishment of diplomatic relations, and by the opening of the unilaterally closed border; supports initiatives aimed at promotion of regional cooperation, in the belief they can contribute to the ending of isolation of any country in the region; strongly hopes such developments will help to overcome the legacy of the past and face it courageously. 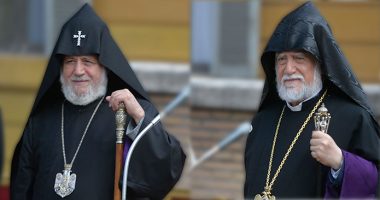 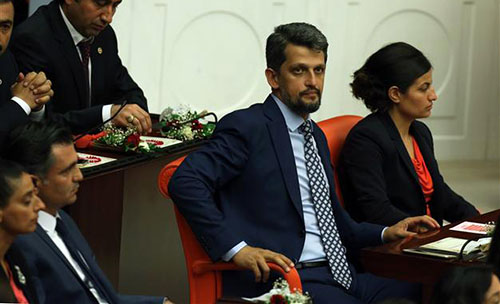 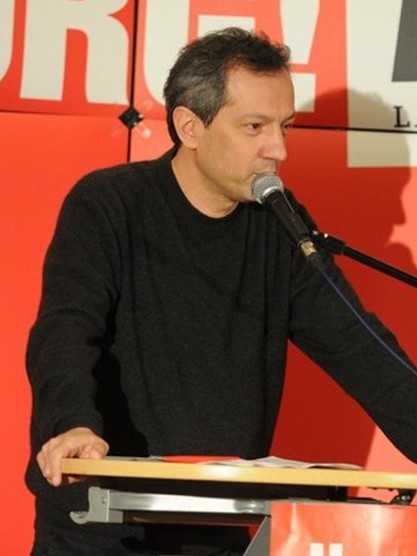 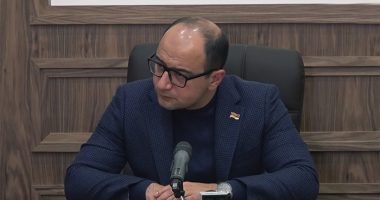