BAKU — The Organization for Security and Cooperation in Europe (OSCE) says Azerbaijan has given it one month to halt its operations in the country and that Baku provided “no explanation” for the decision.

OSCE spokesman Shiv Sharma told RFE/RL on June 5 that Azerbaijani authorities this week “informed us of their intentions of closing the office” of its project coordinator in Baku and that the 57-member security organization is “now assessing our options.”

The move comes amid heightened criticism of Azerbaijan’s record on civil society and media freedoms by Western officials and international human rights watchdogs.

Rights groups say Baku has escalated its efforts to muzzle government opponents since Azerbaijani President Ilham Aliyev was reelected for a third term in 2013.

The Vienna-based OSCE has been a prominent voice among those critics.

In November, its media freedoms representative, Dunja Mijatovic, said that “practically all independent media representatives and media NGOs” in Azerbaijan “have been purposefully persecuted under various, often unfounded and disturbing charges.”

Azerbaijan has bristled at Western criticism of its human rights record, saying such censure lacks objectivity.

The Azerbaijani Foreign Ministry, which notified the OSCE that Baku was terminating an agreement allowing the organization to operate in the country, had not commented publicly on the situation as of June 5.

Azerbaijan’s human rights record has also faced increasing international scrutiny in the run-up to the European Games, an Olympics-style event limited to athletes from Europe that is set to open on June 12.

EU lawmakers last month called on Azerbaijan to release individuals widely seen as political prisoners ahead of the games and urged European leaders to skip the event’s opening ceremony in Baku.

The OSCE office in Baku was downgraded to the office of a “project coordinator,” reportedly at Azerbaijan’s request, in January 2014.

The downgrade of the mission came at the request of the Azerbaijani government, which cited the country’s “significant progress” since the OSCE office in Baku was opened in 1999.

Khadija Ismayilova, a journalist and contributor to RFE/RL currently jailed in Azerbaijan on a series of charges that have been internationally condemned as politically motivated, testified before U.S. lawmakers in November that the downgrade had led to a halt of “most” of the OSCE office’s projects “related to media and combating corruption.”

Among other duties, the OSCE coordinator had been tasked with “implementing OSCE principles and commitments” and “maintaining contacts” with nongovernmental organizations (NGOs), local authorities, universities, and research institutions.

NGOs have been among the numerous targets of a crackdown by Azerbaijani authorities, including groups promoting free-media efforts in Azerbaijan.

RFE/RL Editor in Chief Nenad Pejic said on May 22 that the Azerbaijani authorities had acted “illegally and arbitrarily.” 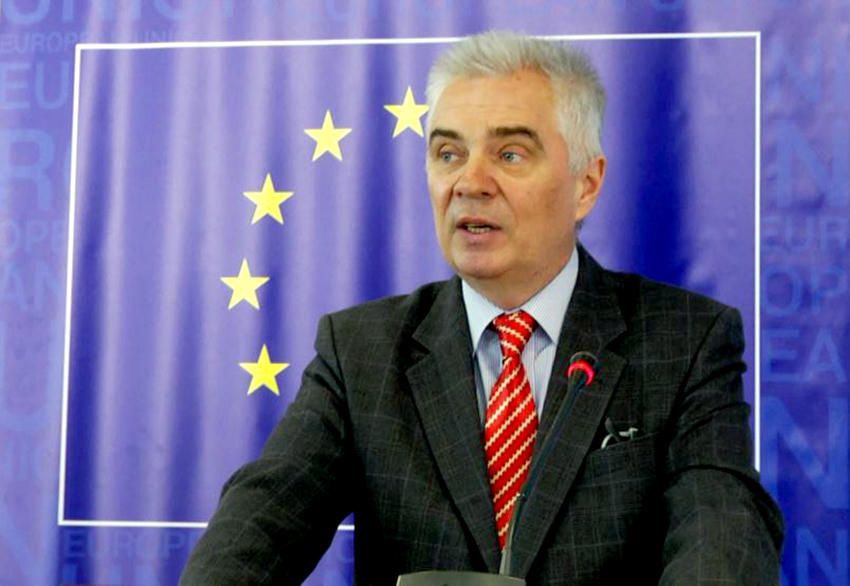