WASHINGTON, DC — This year we mark the centennial of the Meds Yeghern, the first mass atrocity of the 20th Century. Beginning in 1915, the Armenian people of the Ottoman Empire were deported, massacred, and marched to their deaths. Their culture and heritage in their ancient homeland were erased. Amid horrific violence that saw suffering on all sides, one and a half million Armenians perished.

As the horrors of 1915 unfolded, U.S. Ambassador Henry Morgenthau, Sr. sounded the alarm inside the U.S. government and confronted Ottoman leaders. Because of efforts like his, the truth of the Meds Yeghern emerged and came to influence the later work of human rights champions like Raphael Lemkin, who helped bring about the first United Nations human rights treaty.

Against this backdrop of terrible carnage, the American and Armenian peoples came together in a bond of common humanity. Ordinary American citizens raised millions of dollars to support suffering Armenian children, and the U.S. Congress chartered the Near East Relief organization, a pioneer in the field of international humanitarian relief. Thousands of Armenian refugees began new lives in the United States, where they formed a strong and vibrant community and became pillars of American society. Rising to great distinction as businesspeople, doctors, scholars, artists, and athletes, they made immeasurable contributions to their new home.

This centennial is a solemn moment. It calls on us to reflect on the importance of historical remembrance, and the difficult but necessary work of reckoning with the past. I have consistently stated my own view of what occurred in 1915, and my view has not changed. A full, frank, and just acknowledgement of the facts is in all our interests. Peoples and nations grow stronger, and build a foundation for a more just and tolerant future, by acknowledging and reckoning with painful elements of the past. We welcome the expression of views by Pope Francis, Turkish and Armenian historians, and the many others who have sought to shed light on this dark chapter of history.

On this solemn centennial, we stand with the Armenian people in remembering that which was lost. We pledge that those who suffered will not be forgotten. And we commit ourselves to learn from this painful legacy, so that future generations may not repeat it. 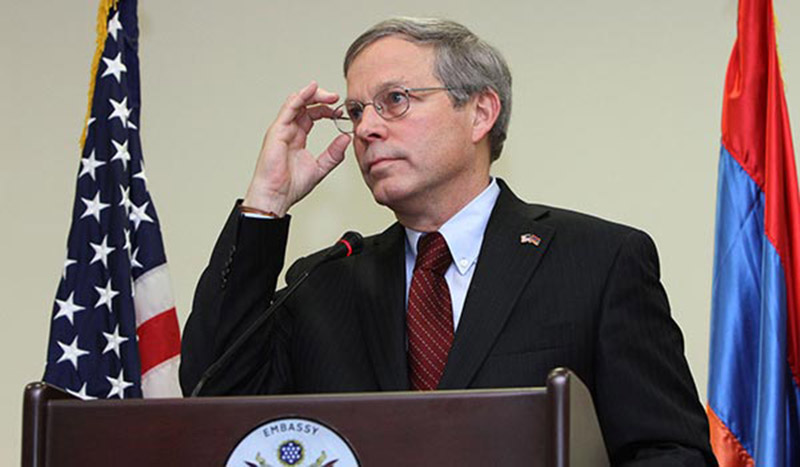