LOS ANGELES — The Haigazian University Women’s Auxiliary was feted at an elegant and thoughtfully planned evening by the Haigazian University Alumni to thank the Auxiliary for its many years of faithful and devoted service and support of the University. The November 9th tribute event was held at the Wilshire Country Club where guests enjoyed visiting with one another on the patio during the reception cocktail. The dinner program started with a prayer by Mrs. Suzie Phillips, one of the original founding members of the Auxiliary. She thanked God for HU and the vision of Mrs. Virginia Harikian who guided and inspired the Auxiliary to raise funds for scholarships for needy Armenian men and women. The Auxiliary held unique and well attended events which featured the talents of its members. Boutiques, fashion shows, concerts, famous authors, opera divas, were all were presented by the Auxiliary to support Haigazian students.

Dr. Herant Katchadourian, Professor Emeritus, Stanford University, and former member of the Board of Trustees of HU was the keynote speaker of the evening. Dr. Katchadourian’s remarks were about altruism and why individuals such as the Auxiliary members spend time and effort in support of others for decades. He remarked that once he asked Mr. Hewlett, of Hewlett Packard fame, why he was donating 90 percent of his wealth to charity. Mr. Hewlett replied that “It is the right thing to do”. Dr. Katchadourian concluded that with faith we are prompted to do the right thing and he commended the Auxiliary for its many years of service.

Dr. Paul Haidostian, President of HU, spoke of the current enrollment at HU and the upcoming plans for the 60th Anniversary of the founding of the University. At the conclusion of his remarks, each of the Auxiliary women was presented with a beautiful personalized gift with the seal of the HU from the Alumni and also one from the Board of Trustees. The Benediction was given by Dr. John Khanjian, the former president of HU.

The Alumni Committee which had had been working for many months and planned all the details of this tribute evening were Alexandra Bessos, Khachig Havatian, Hagop Kazazian, Maro Kazazian, Raffi Kendirjian, Chairman, Katia Kermoyan-Khodanian and Houry Tavitian. 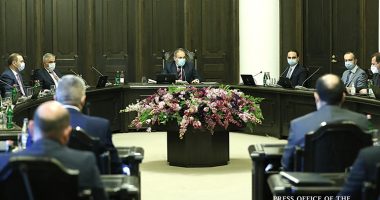 YEREVAN — The Armenian government on July 13 moved to extend its… 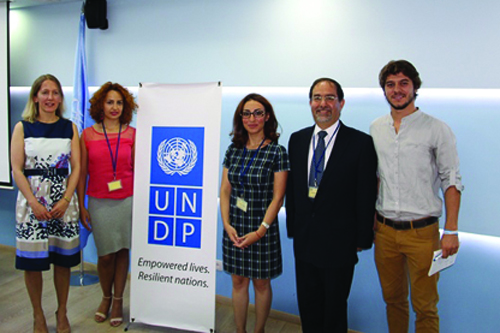 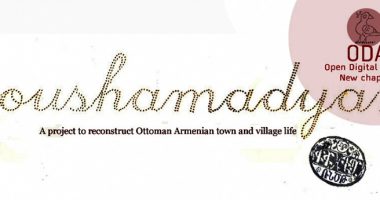 FRESNO — “How We Lived: The Houshamadyan Project” will be the topic…