Buoyed by their 4-0 dismantling of Denmark last time out, the visitors continued that momentum by taking a 31st-minute lead courtesy of Karlen Mkrtchyan. Michal Bílek’s Czech team were in need of a fillip and Tomáš Rosický provided it by equalising 20 minutes from time. More drama was to come, though, as Ghazaryan struck in the final seconds to move Armenia level with their third-placed opponents on nine points.

Those bare facts only tell half the story of an intriguing contest that burst into life when Michael Rabušic sent the ball centimetres past a post. Armenia swiftly wrestled back the initiative, Mkrtchyan emerging from midfield and unleashing a 25-metre left-foot drive that flew past Petr Čech.

The home team continued to probe after the break and finally broke through when captain Rosický found the net with a venomous long-range effort. Tomáš Sivok, Theodor Gebre Selassie and Michal Kadlec all squandered decent openings and were made to rue their profligacy as Jura Movsisyan swept downfield and supplied Ghazaryan, whose firm shot squirmed beyond Čech. The Czech Republic must now pick themselves up for their trip to Italy on Tuesday, when Armenia host Denmark. 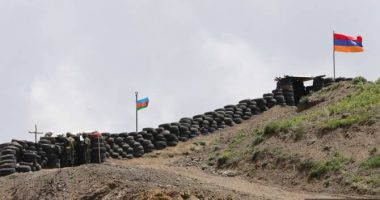 YEREVAN (Civilnet) — Armenia and Azerbaijan have reached a ceasefire agreement from…