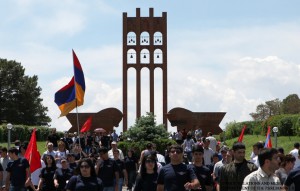 SARTARAPAT — President Serzh Sarkisian, accompanied by His Holiness Karekin II, Supreme Patriarch and Catholicos of All Armenians, Speaker of Parliament Samvel Nikoian, PM Tigran Sarkisian, MPs, ministers, ambassadors, militaries, visited Sardarapat Memorial to participate in the festive events dedicated to the 94th anniversary of the 1st Independence of the Republic of Armenia and the Battle of Sardarapat
President Sarkisian laid a wreath in honor of those who gave their lives in defense of the remaining part of the Armenian nation against an Ottoman advance. The actual battle lasted from May 21-29, 1918.
As part of the celebrations, Sarkisian visited pavilions representing all villages of Armavir region, featuring their traditional cuisines, goods, culture and everyday life.
Sardarapat was only 40 kilometers west of the city of Yerevan and the battle is currently seen as not only stopping the Ottoman advance into the rest of Armenia but also preventing the complete destruction of the Armenian nation. In the words of historian and researcher Christopher J. Walker, had the Armenians lost this battle, “it is perfectly possible that the word Armenia would have henceforth denoted only an antique geographical term.” 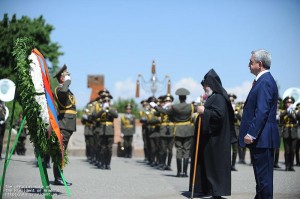 1918 marked a breakthrough in the Armenian history. People, who had survived genocide, found strength in themselves to restore the statehood lost five centuries ago.
Recalling some episodes of the heroic battles of Sardarapat, Bash-Aparan and Gharakilisa, Doctor of History, Professor Babken Harutyunian said that the May victories were celebrated thanks to a small group of Armenian regular forces and volunteers. “We defeated the Turks due to our unity,” he told reporters today.
Dean of the History Faculty of the Yerevan State University Edik Minasian also emphasized the importance of unity in the May victories. However, the first republic existed for just 2.5 years. Which are the lessons that must be drawn from the loss of the first republic? First of all it was the lack of regular army, a shortcoming that has been corrected today, Minasoan said.
Historian Babken Harutyunian, in turn, emphasized the importance of pursuing a correct economic policy and having a strong army. 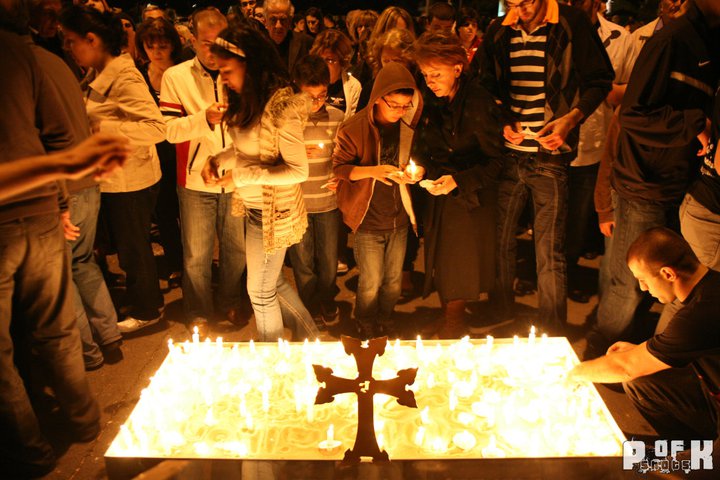 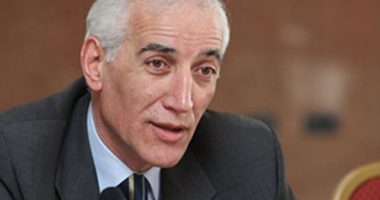 NEW YORK — The Forbes magazine has revealed the wealthiest people in…