WASHINGTON, DC — U.S. President Joe Biden and Turkish President Tayyip Erdogan will meet to discuss Syria, Afghanistan, Nagorno Karabakh and other regional issues next week and will also look at the “significant differences” between Washington and Ankara, the U.S. national security advisor said on Monday.

Speaking at a White House briefing, Jake Sullivan said the eastern Mediterranean, Syria, Iran, as well as the role that Turkey will play in Afghanistan as the United States withdraws from the country will be part of the “expansive agenda”.

In addition, the meeting, planned to take place on June 14 on the sidelines of the NATO summit in Brussels, will also review their ties and look for ways on how the United States and Turkey deal with some of their “significant differences on values and human rights and other issues”, Sullivan said.

“President Biden knows Erdogan very well, the two men have spent a good amount of time together and they’re both, I think, looking forward to the opportunity, to really have a business like opportunity to review the full breadth of the relationship,” Sullivan said.

Ankara and Washington have been struggling to repair ties, strained in recent years over several issues, including Turkey’s purchase of Russian defense systems which resulted in U.S. sanctions, policy differences in Syria, as well as Washington’s alarm over Ankara’s human rights track record.

The two NATO allies also have differing views in Nagorno-Karabakh conflict as well as Ankara’s oil and gas ambitions in the eastern Mediterranean while Turkey’s potential role in Afghanistan in the aftermath of planned U.S. pullout could serve as an area of cooperation. 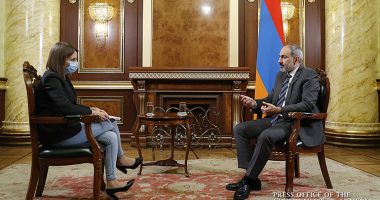 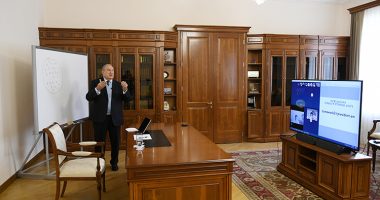