Vartan Gregorian Has Passed Away Aged 87

NEW YORK — Vartan Gregorian, an international luminary, legendary educator, distinguished historian and humanities scholar, and recipient of the Presidential Medal of Freedom, died suddenly on April 15, 2021, in New York City at age 87. He had been hospitalized for testing related to stomach pain.

Born in Tabriz, Iran, Dr. Vartan Gregorian overcame countless challenges he faced as a young immigrant to the United States and went on to build a remarkable career that spanned several decades and crossed the lines of academia, philanthropy and culture within and beyond his adopted country. He was an ardent advocate of education and enlightenment, seeing books as “stations of hope, education and better future.”

In 1956, he enrolled at Stanford University, where he majored in history and the humanities, graduating with honors in 1958. Dr. Gregorian was awarded a Ph.D. in history and humanities by Stanford in 1964 and received the Danforth Foundation’s E.H. Harbison Distinguished Teaching Award in 1969. In 1972, he joined the University of Pennsylvania faculty and was appointed Tarzian Professor of History and professor of South Asian history. He was founding dean of the Faculty of Arts and Sciences at the University of Pennsylvania in 1974 and four years later became its twenty-third provost until 1981.

In 1981–1989, Dr. Gregorian served as president of The New York Public Library and was widely credited with restoring the status of the library as a cultural landmark. In 1989, he was appointed president of Brown University. Brown became both more global, more academically competitive and more financially secure under his leadership. During his tenure, he led a campaign that raised over $500 million, bringing the institution’s endowment past the $1 billion mark. Since 1997, Dr. Gregorian served as the twelfth president of Carnegie Corporation of New York. In 1998, he was awarded the National Humanities Medal by President Clinton. In 2004, he was awarded the Presidential Medal of Freedom, the highest civil award of the United States, by President Bush.

Dr. Gregorian was a man of great inner strength, a reservoir of compassion and infinite wisdom. He was awarded numerous fellowships, including from the John Simon Guggenheim Foundation, the American Council of Learned Societies, the Social Science Research Council and the American Philosophical Society. In addition, he has received scores of honorary degrees and has been decorated by the French, Italian, Austrian and Portuguese governments.

In his lifelong mission to achieve global prosperity and peace, Gregorian always spoke up on behalf of the most destitute and disenfranchised. Committed to the eradication of genocide, discrimination and persecution, he has become a mentor and a beacon of hope for all inspired by his empathy and determination. He guided the younger generation with kindness and acuity, changing lives and constantly leading by personal example of selflessness and commitment.

A prolific author, Dr. Gregorian published several books, including The Road To Home: My Life and Times, Islam: A Mosaic, Not a Monolith and The Emergence of Modern Afghanistan, 1880-1946.

In 2015, together with Noubar Afeyan and Ruben Vardanyan, he co-founded the Aurora Humanitarian Initiative on behalf of the survivors of the Armenian Genocide and in gratitude to their saviors. The Aurora Humanitarian Initiative and its flagship program, the Aurora Prize for Awakening Humanity, seek to transform this experience into a global movement by addressing on-the-ground humanitarian challenges around the world with the focus on helping the destitute.

As co-founder of Aurora and member of the Aurora Prize Selection Committee, Dr. Gregorian worked tirelessly to help bring that vision to life and give a second chance to those who need it the most. We are forever grateful for his expertise, his vision and his invaluable contribution to the creation and development of the Aurora Humanitarian Initiative.

Gregorian served as the twelfth president of Carnegie Corporation of New York at the time of his death. During his tenure, beginning in 1997, he championed the causes of education, immigration, and international peace and security — key concerns of the philanthropic institution’s founder, Andrew Carnegie. Like Carnegie, Gregorian was a naturalized United States citizen whose experiences in a new country helped shape him, including his belief in the great importance of immigrant civic integration to the health of American democracy. 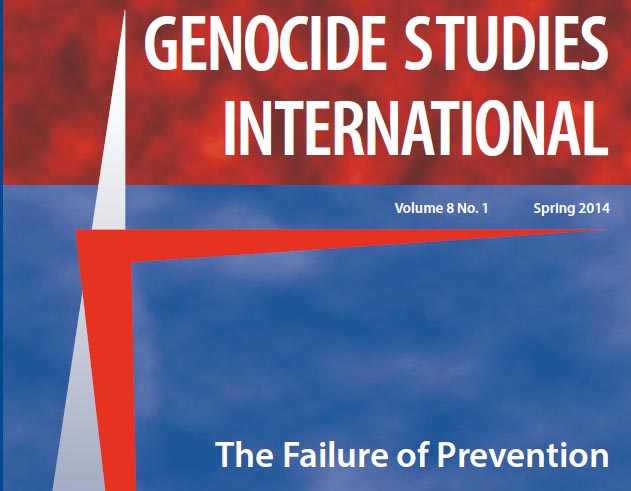